Fissure volcanoes are produced by eruptions that occur along elongated fissures versus at a central vent. Fissure eruptions occur when magma-filled dikes intersect the surface.

Fissure eruptions may be large or small, depending on the magma supply and length of the fissure. Fissure volcanoes have been the site of the largest volume volcanic eruptions in Earth’s history in terms of magnitude of lava erupted.

Fissure volcanoes commonly occur in monogenetic volcanic fields and in other volcanic areas. At least four units of the National Park System contain fissure volcanoes, including:

Craters of the Moon National Monument and Preserve, Idaho 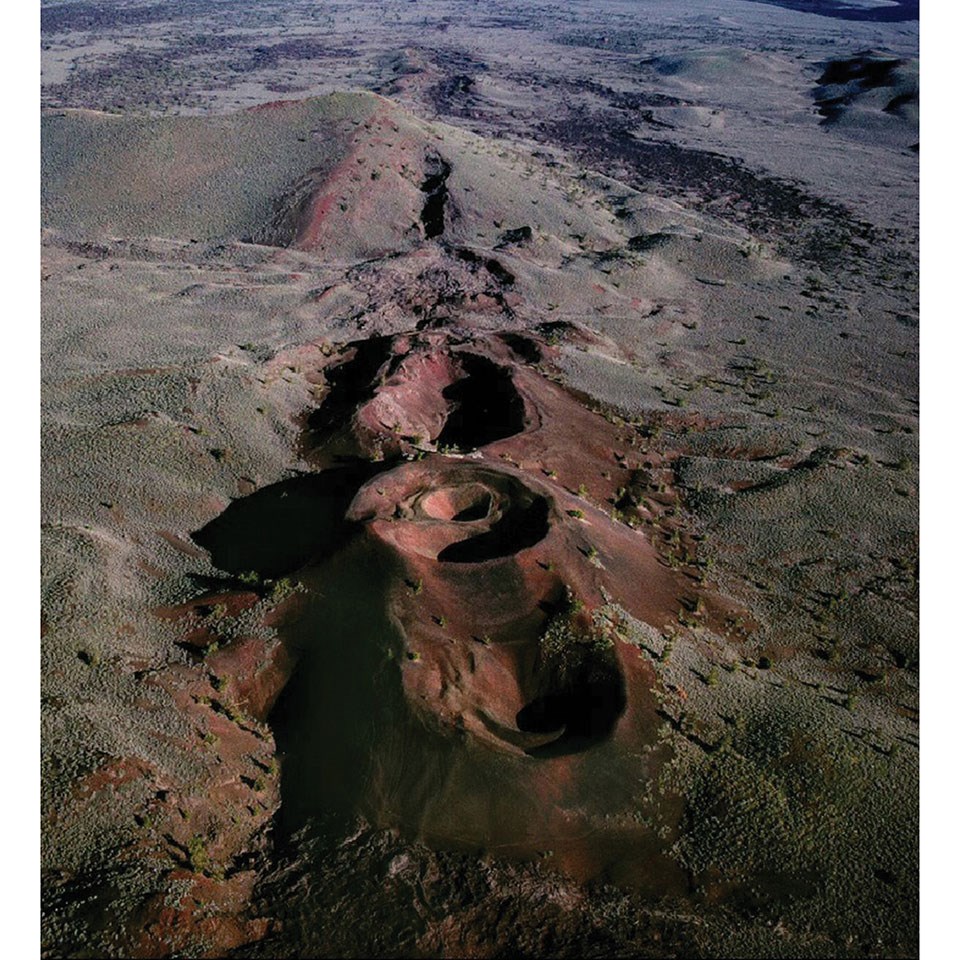 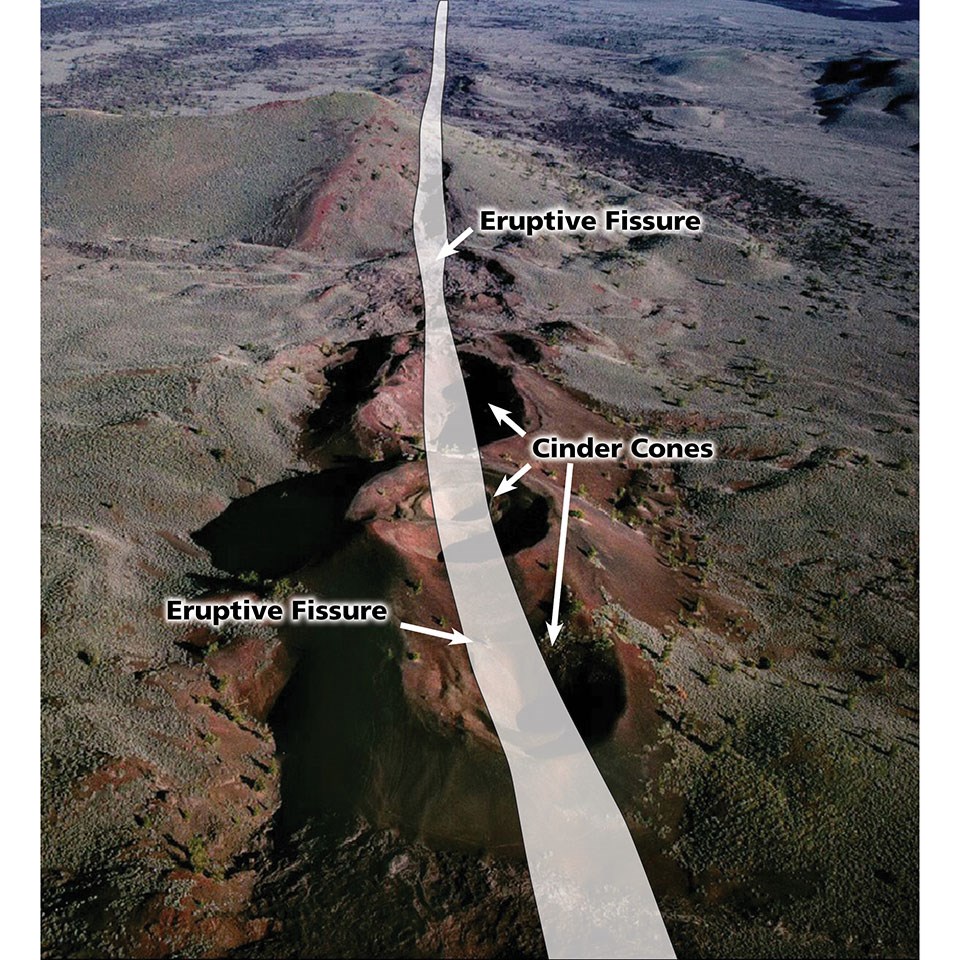 Left image
An alignment of vents along an eruptive fissure in Craters of the Moon National Monument and Preserve.
Credit: NPS photo.

Twin Craters is a series of small cinder cones aligned along a small fissure, and one of the sources for the Twin Craters lava flow, which was erupted approximately 18,000 years ago. El Malpais National Monument contains part of the Zuni-Bandera Volcanic Field, a monogenetic field on the margin of the Colorado Plateau in New Mexico.

Lava Beds National Monument contains a number of lava flows that were erupted from fissures on the flank of Medicine Lake Volcano in northern California, a large shield which is mostly outside of the monument.

Petroglyph National Monument is located within the Rio Grande Rift on the west side of Albuquerque, New Mexico, and contains a series of five small volcanic edifices formed along a fissure that erupted approximately 156,000 years ago.

Fissure volcanoes typically do not have edifices or hills, except for low spatter cones where still-molten volcanic bombs accumulated due to fountaining. Lava flows from fissures may cover large areas with the extent of the lava flows depending on magma supply, viscosity (e.g., more fluid flows can travel greater distances), and eruption rate.

Most fissure volcanoes erupt basalt to basaltic andesite lavas, although lavas of any composition can be erupted from fissures.

Most fissure volcano eruptions are nonexplosive (Effusive), usually 0 on the Volcanic Explosivity Index (VEI), although they can range up to 1 (Severe). Eruptions of basaltic or other mafic lavas are usually in the Hawaiian style, with lava flows and sometimes fire-fountains being emitted.

Fissure eruptions also occur on the flanks of shield volcanoes.

Large shield volcanoes such as Kīlauea and Mauna Loa have active rift zones where fissure eruptions occur. The rift zones are areas of weakness that allow pathways for magma to travel within dikes, leading to flank eruptions away from the summit area.

They were erupted from fissures, mostly in eastern Oregon, southeastern Washington, and Idaho, and accumulations of lava flows up to 13,000 ft (4,000 m) thick filled much of the Columbia Basin, with lava flows traveling as far as the Oregon-Washington coast. The dike swarms that are the source of the Columbia River Basalts have a north-northwest orientation, with fissure lengths reaching as much as 110 miles (180 km).

Parks Containing or Near Rocks of the Columbia River Basalt Group

While lavas of any compositions may be erupted from fissures, basaltic lava flows are common. These fluid lava flows can flow great distances from vents in either pāhoehoe and ‘a‘ā forms, although fissures sometimes erupt blocky lava flows.

Spatter cones are steep-sided low cones made up of spatter. Spatter is also known as agglutinate and is an accumulation of fused-together volcanic bombs that landed while they were still molten. These bombs weld together to form solid rock that builds up around vents that erupt in Hawaiian style eruptions (VEI 1). Spatter cones are usually small (generally less than 33 ft; 10 m). Linear groups of spatter cones are commonly found along fissures.

Individual eruptive fissures may only experience one period of activity, but areas that have fissure volcanoes including monogenetic volcanic fields and the flanks of shield volcanoes experience multiple eruptions.