Tumacácori National Historical Park was established in 1908 to protect, preserve, and tell the story of the old Spanish and O'odham mission church. In 2005, more than 121 hectares were added to the park, placing more than a mile of the Santa Cruz River, mesquite bosque (forest), and a section of the Juan Bautista de Anza National Historical Trail ("Anza Trail") within the park. The park comprises three units, all containing adobe ruins of Spanish colonial missions: Tumacácori, Guevavi, and Calabazas.

The Santa Cruz River supports a rare southwest cottonwood-willow riparian environment, one of the most endangered ecosystems in the U.S., as it flows through the park. In addition to the riparian and mesquite environments, the park grounds also include eight former agricultural fields. Located in the Apache Highlands ecoregion, the park's three units occupy the thornscrub biome. Average annual precipitation is 16 inches (408 mm).

The Sonoran Desert Network monitors air quality, climate, groundwater, invasive exotic plants, landbirds, and streams at Tumacácori National Historical Park. The results of this work can be found in a variety of publications and other information. The network also maintains species lists for the park.

The Santa Cruz River is an important focus of monitoring at this park. The river flows through the park on its way north after curving south into Mexico not far from its headwaters in the U.S. Sometimes known as "the lessening stream," its flow has historically varied widely with changes in natural conditions and human use. Since 1951, the Santa Cruz at Tumacácori NHP has been bolstered by a flow of effluent from the Nogales International Wastewater Treatment Plant (NIWTP), located 10 miles upstream of the park. This steady flow has supported growth of a rare southwest cottonwood-willow riparian environment, one of the most endangered ecosystems in the U.S.

Reduced inputs from the NIWTP, however, caused the river to stop flowing in the park in mid-April 2013. If current conditions continue, it is likely that the composition of this forest will change. Read more 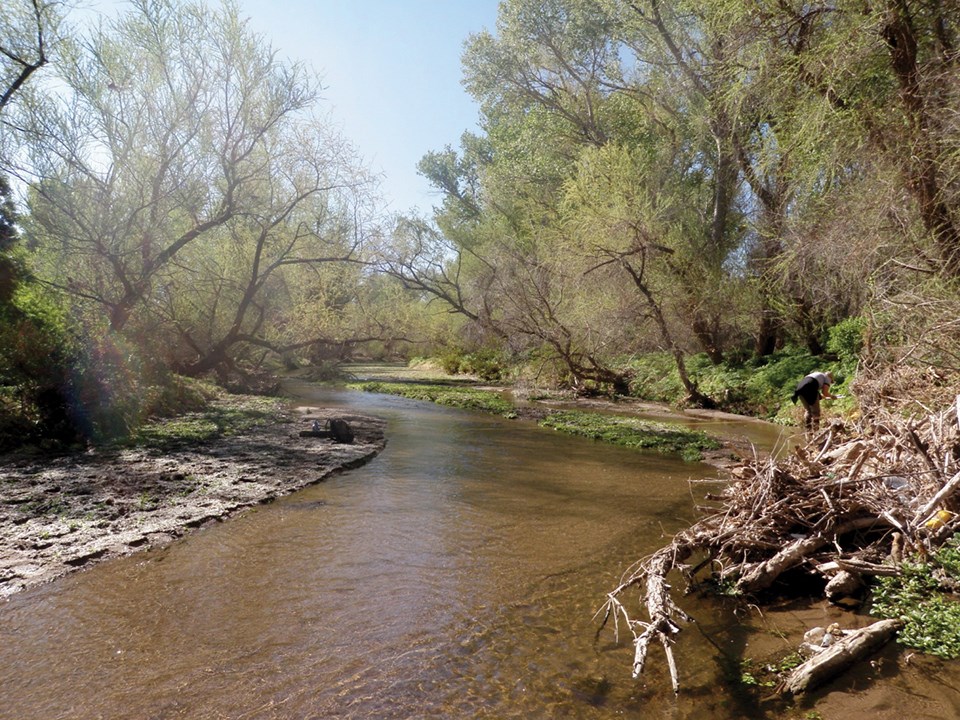 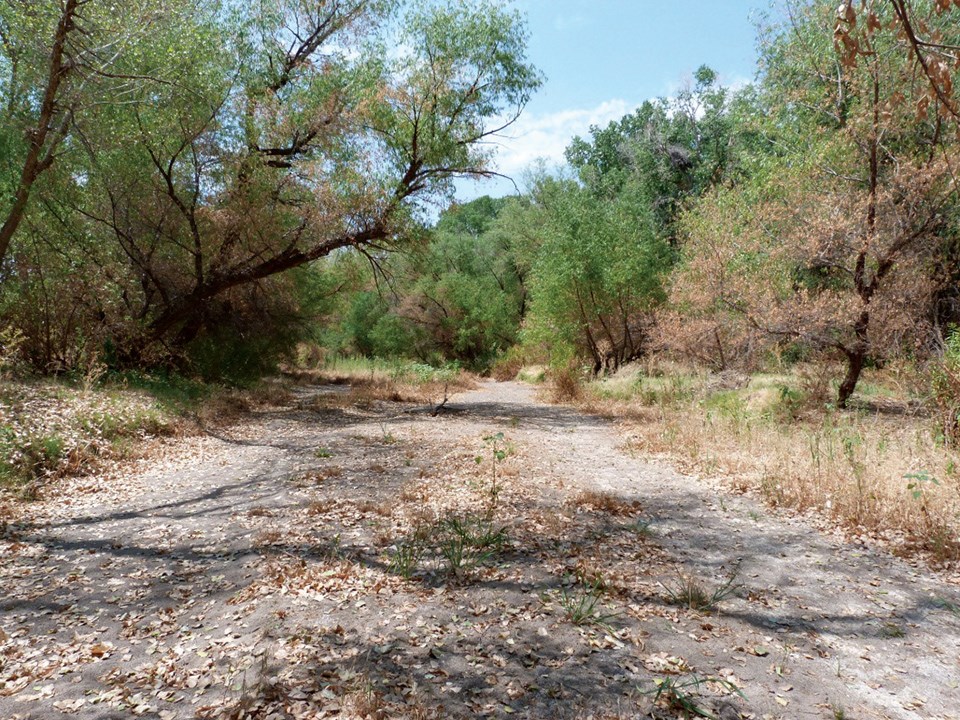