Update on the Pebble Creek Search and Rescue (SAR)

Mount Rainier National Park rangers continue to search for a 30-year old male from Washington State who fell in a hole in the snow over the rushing waters of Pebble Creek on Monday during a ski descent from Camp Muir to Paradise. The missing man’s ski partner observed the fall and searched for two hours using an avalanche probe and transceiver before descending to Paradise and reporting the incident.

The Park’s climbing rangers responded on Monday following the report and searched until dark. Twenty National Park Service employees and a guide from Rainier Mountaineering Incorporated were involved in the initial search on Monday. The rangers on scene estimated three to five feet of snow covered Pebble Creek in the search area and reported hazardous conditions due to unstable snow and the potential to fall through the snow into the creek. Photos taken during the search on Monday depict a large amount of water flowing through the hole in the snow where the missing skier was reported to have fallen. 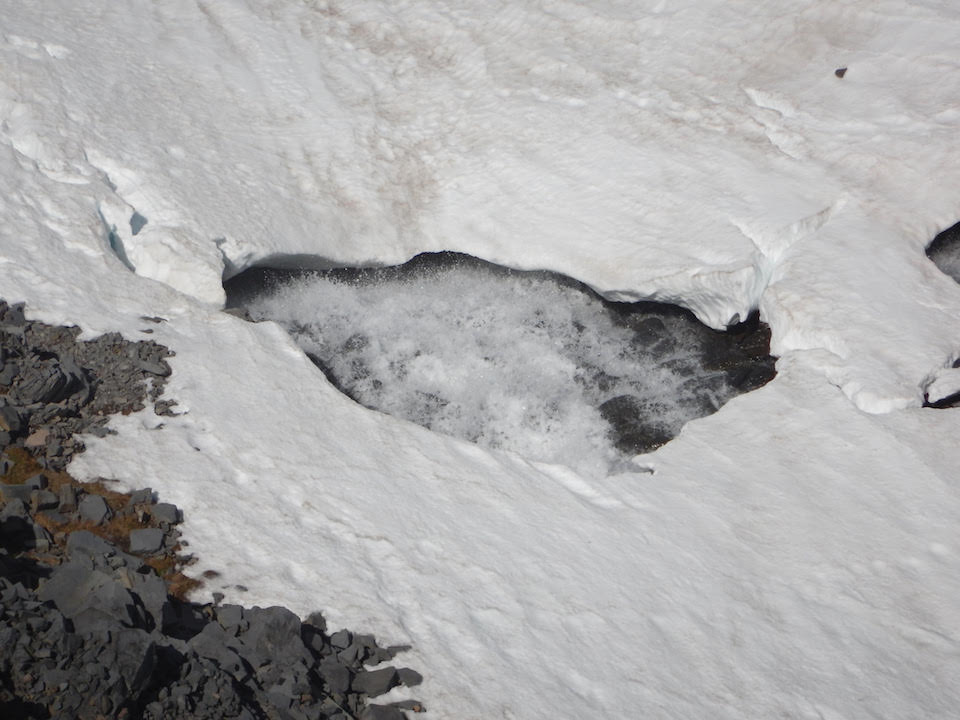 On Friday, several independent search parties familiar with the missing skier arrived in the park and have been apprised of the dangerous conditions, as well as the prohibition of the use of search dogs or drones by independent parties within the National Park. Independent searchers are advised that their safety may be at risk by entering the area at this time.

The missing skier’s name is not being released by the National Park Service pending further resolution of the incident.

“We offer our condolences to the family and friends of the missing skier,” said Randy King, the Park’s Superintendent. “From the outpouring of concern, he was obviously much loved. What would compound this tragedy would be the loss of another life. For this reason we advise against private efforts to continue the search.”