"Great things have been effected by a few men well conducted."

The British flag would not be raised above Fort Sackville Feb. 25, 1779. At 10 a.m., the garrison surrendered to American Colonel George Rogers Clark. His American army, aided by French residents of the Illinois country, had marched through freezing floodwaters to gain this victory. The fort’s capture assured United States claims to the frontier, an area nearly as large as the original 13 states. 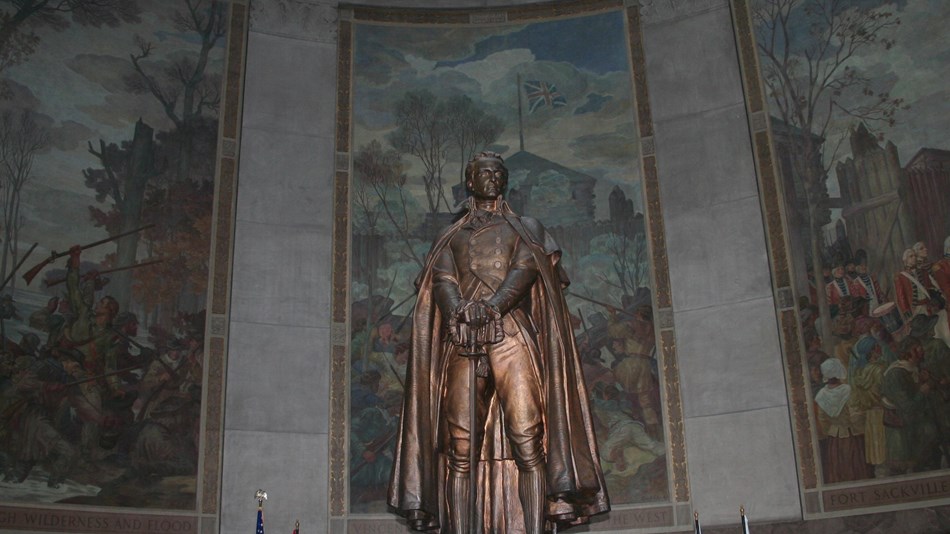 The Interior of the Clark Memorial

The interior of the Clark Memorial features a bronze statue of George Rogers Clark and seven murals that depict the story and its aftermath. 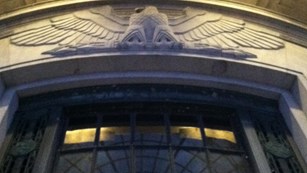 Construction of the Clark Memorial

A memorial such as this serves as a reminder that courage, fortitude, and valor do not go of style. 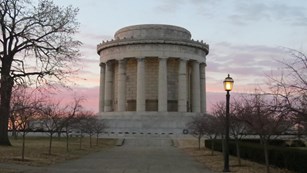 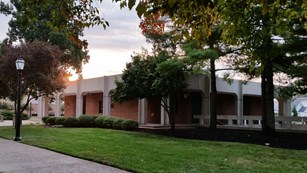 Start Your Visit at the Visitor Center