Women and the Places of the African Diaspora

In 1619, the first Africans were forcibly brought to the British colonies in North America as part of the African Diaspora. This term refers to the dispersal of African peoples across the globe, both forced and voluntary. The StoryMap highlights the places associated with the movement of African and African American women across the United States. Spanning from New England to the western United States, this map includes places where African women emancipated themselves and formed communities. It encompasses places like Fort Monroe in Virginia, the African Burial Ground in New York, and Camp Nelson in Kentucky.

This StoryMap shares just a few places of the African Diaspora to provide a sense of how Africans and African Americans moved across the world and the country both forcibly and consensually. 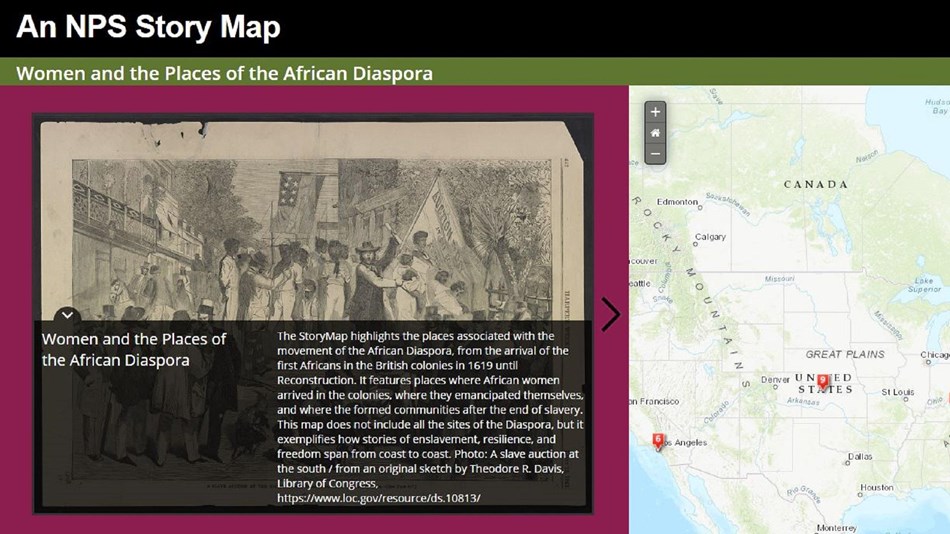 Women and the African Diaspora

Explore places of women in the African Diaspora.