Women have played a major role in shaping the American education system. As students, teachers, principals, administrators, and more, women have sought to learn and educate. The places in this StoryMap span from coast to coast and share just a few of the places associated with women’s education in the United States. 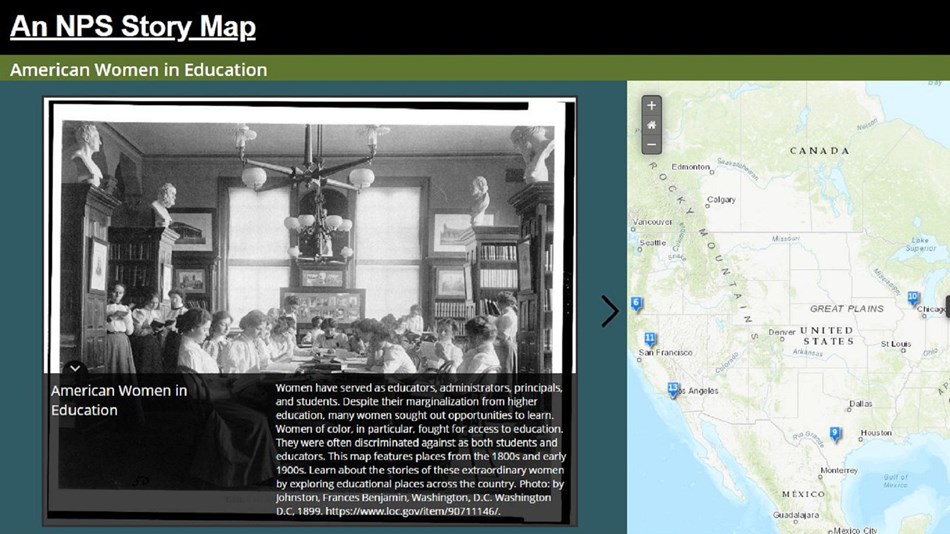 Explore Places of women's education all across the country.