While some women wanted the federal government to recognize their right to vote by passing a constitutional amendment, other suffragists felt that they should focus on getting their state or territory to recognize their right to vote. This strategy first had success in the West. Many women in California, for example, spent their energy on proposing suffrage bills to the state legislature. In 1893, the California legislature passed a bill recognizing women’s suffrage rights. But the governor vetoed the bill, and women were still without the vote. Three years later, California held a referendum on women’s suffrage. A referendum occurs when the people directly vote on an issue. Some voters were afraid that if California women voted, they would pass legislation banning the sale of alcohol. Known as temperance, this was a popular political issue of the day.

In the early 1900s, women doubled their efforts to get the state to pass legislation recognizing their right to vote. Suffrage organizations formed in both northern and southern California. Elizabeth Thacher Kent, co-owner of the redwood forests that would become Muir Woods, was one of the women who founded and led suffrage organizations. But Elizabeth was not content with social events and parlor discussions. Like many other women, she emphasized the hard work of organizing to win the right to vote. Women gave speeches, held rallies, and registered voters. When another referendum was held in 1911, the people of California narrowly voted in favor of recognizing a woman’s right to vote.

After gaining the vote, women started to run for political office. One such woman was Irene Burns, an educator who dedicated her life to teaching disabled children. Burns ran for the position of superintendent of schools and was elected the first women in Placer County to serve in this position.

California women could now vote. They used their new political power to continue to push for suffrage for women across the country. In June 1919, the US Congress finally approved the 19th Amendment. After Congress passed the 19th Amendment, at least 36 states needed to vote in favor of it for it to become law. This process is called ratification.

The California State Capitol was listed on the National Register of Historic Places on April 3, 1973. The building is open to the public.

Irene Burns, a schoolteacher, became the first woman elected to political office in Placer County, California. After three terms as County Superintendent of Schools, she taught developmentally disabled students in San Francisco, then established a school for disabled students in her Auburn home, known as the Burns School. The house is listed on the National Register of Historic Places. 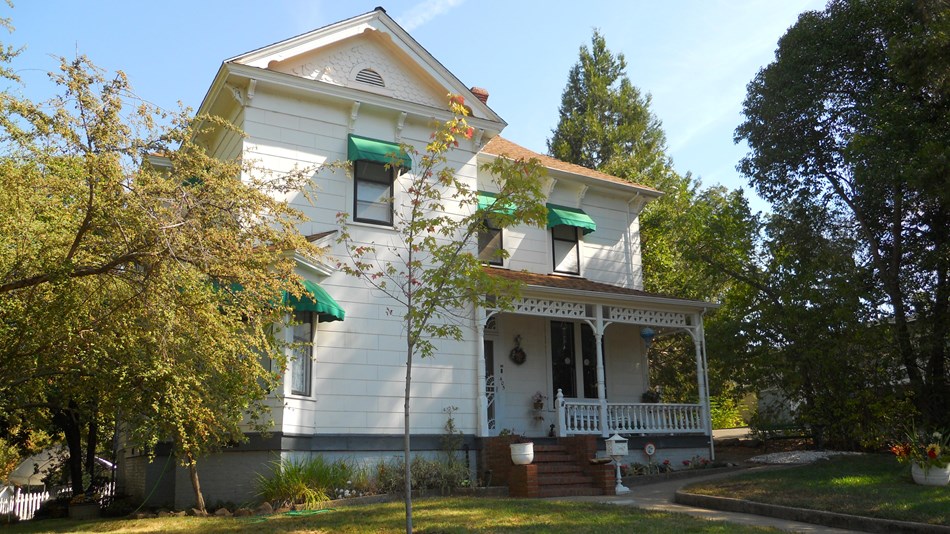 The Irene Burns House is an important place in the story of ratification. It is listed on the National Register of Historic Places.