DEATH VALLEY, CA – Repairs at Scotty’s Castle are progressing as the four-year anniversary of the flood approaches. The National Park Service (NPS) plans to reopen the popular historic site in October 2021.

Scotty’s Castle received close to its annual average rainfall in five hours on October 18, 2015. The resulting flash flood caused an estimated $47 million in damages to roads, buildings, and utilities in the historic district. That much funding is not coming from a single source all at once. The park is receiving funds from park entrance fees, Federal Highways Administration, NPS deferred maintenance accounts, and donations spread over multiple years.

Once consequence of patching together funding is that Death Valley is managing the repairs of Scotty’s Castle as discrete projects, each focused on single buildings or utility systems with its own funding. There isn’t a single general contractor for all repairs at Scotty’s Castle. Designs are done by architecture and engineering firms. Other companies handle construction. Each project is progressing on its own schedule, depending on design complexity, potential impacts to natural or cultural resources, and unplanned issues.

Designs are nearly completed on two critical projects: replacing the heating, ventilation, and air conditioning (HVAC) and constructing berms and flood walls to direct future floods away from the historic buildings.

Each project’s next step is for specialists to review the design documents for impacts to the historic district. The Visitor Center project is under review currently. During the design phase, engineers determined that the only way to protect the historic Garage (which serves as the Visitor Center) from side drainage flooding is to build a 2-foot-high flood wall near the building’s northwest corner. Another planned change is to widen a 3-foot opening in a breezeway in the L-shaped building’s corner to allow future floods to pass through without getting forced through windows, doors, and walls into the building. The NPS and the California State Historic Preservation Officer are on the verge of signing an agreement on plans to mitigate these impacts.

Some projects were recently completed. Articulated concrete blocks and other erosion-control features were installed around the historic bridge. The surrounding landscape was scoured down eight feet, exposing the bridge’s foundation. This work will prevent damage from future floods at this pinch-point where flood speeds were fastest. About a mile of historic concrete fence posts were reconstructed and installed. Like the original posts, they are stamped with “S” and “J” for Scotty and Johnson. Unlike the historic posts, the reproductions are also stamped with “2019” to distinguish them from the intact original posts.

Construction began in September to replace destroyed components of the water system, install a new leach field and septic tank, and upgrade the electrical system.

Bonnie Clare Road reconstruction has been in progress for about a year. Federal Highway Administration designed “armor” for the road to protect it from future floods. For example, 3-foot-tall concrete barricades are buried under the pavement edge with large boulders backfilled against them. When water runs across the road in these locations, this will prevent the water from scouring down through the shoulder, undercutting the road, then washing away the road.

Bonnie Clare Road is closed from the park boundary (where it transitions to NV-267) through Grapevine Canyon to the junction with North Highway and Ubehebe Crater Road. The road will remain closed during other construction projects at Scotty’s Castle due to safety hazards.

During this continued closure, there are limited opportunities to visit Scotty’s Castle with a park ranger, learn about the site’s colorful history, and witness the work in progress to repair the historic district. Tours are offered on Sundays from December 8 through April 12. Reservations are required in advance at www.dvnha.org.

Another way to learn about restoration efforts are through five short videos online at www.nps.gov/deva/learn/photosmultimedia/videos.htm. 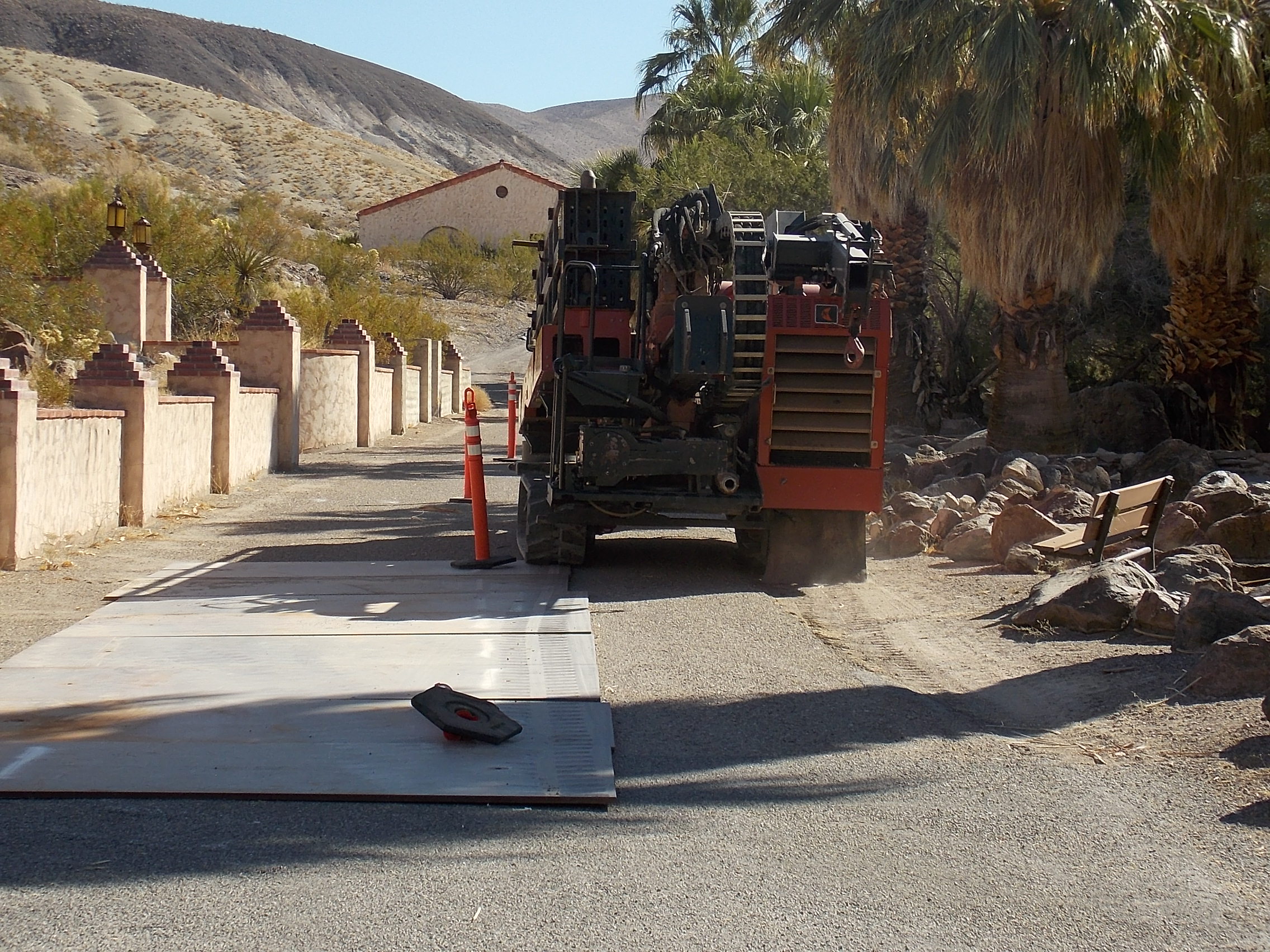 A directional drilling rig just fits between the historic watercourse on the right and the underground tunnel on the left. 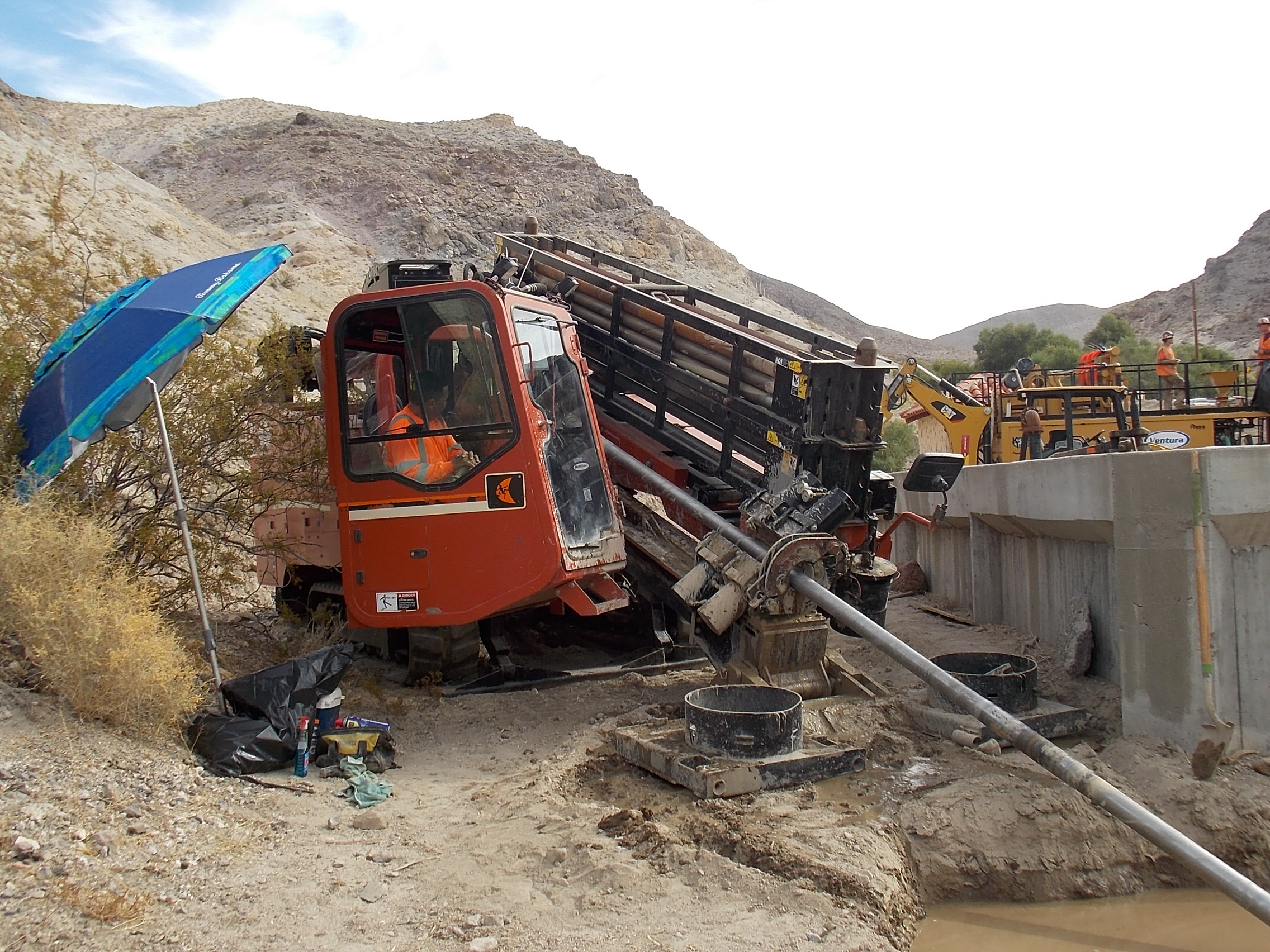 A contractor operates a directional drill to bore a connection for the waterline from the reservoir at the spring, under the wash, to connect with a section of waterline built under the newly-armored Bonnie Clare Road. 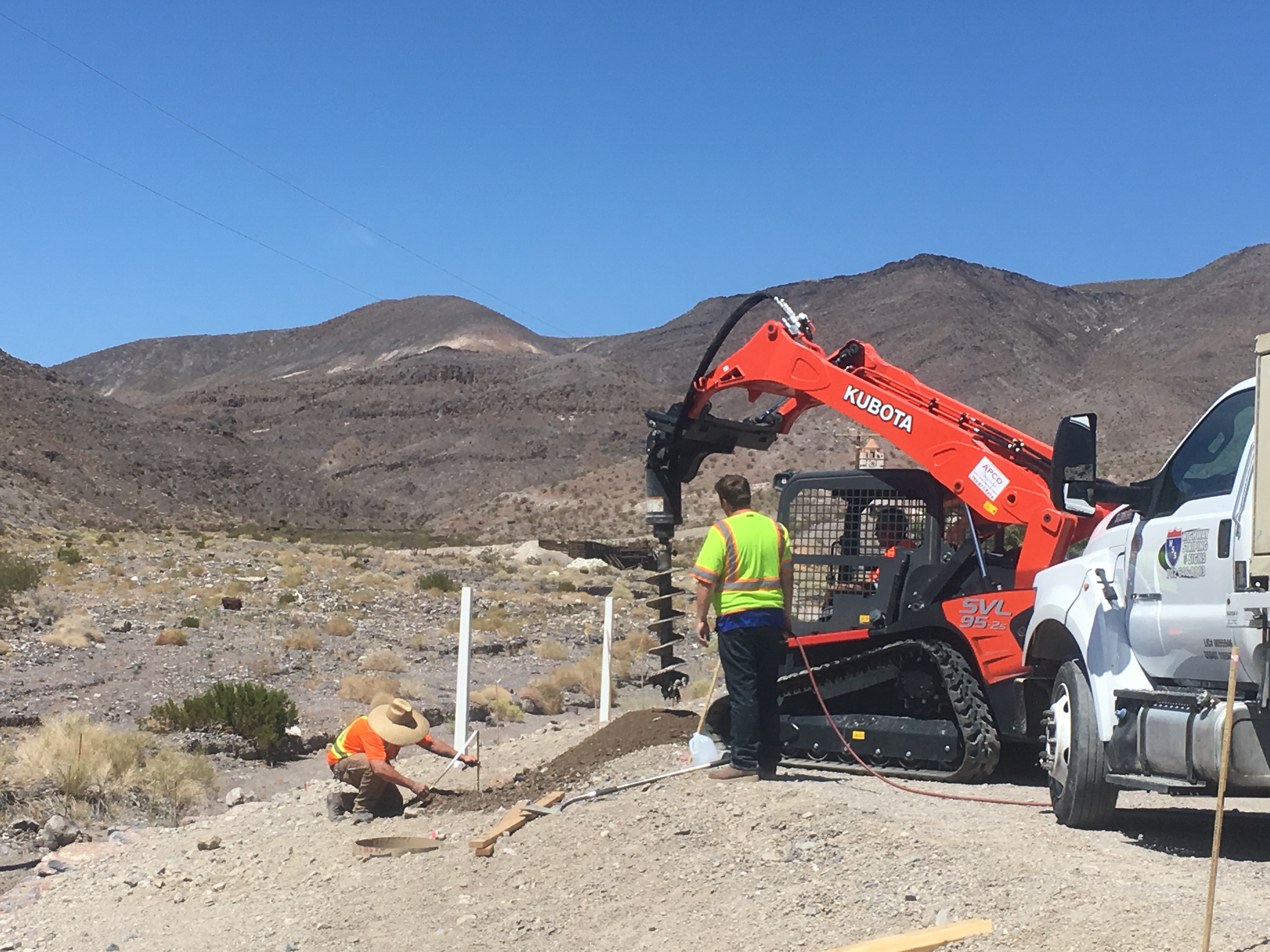 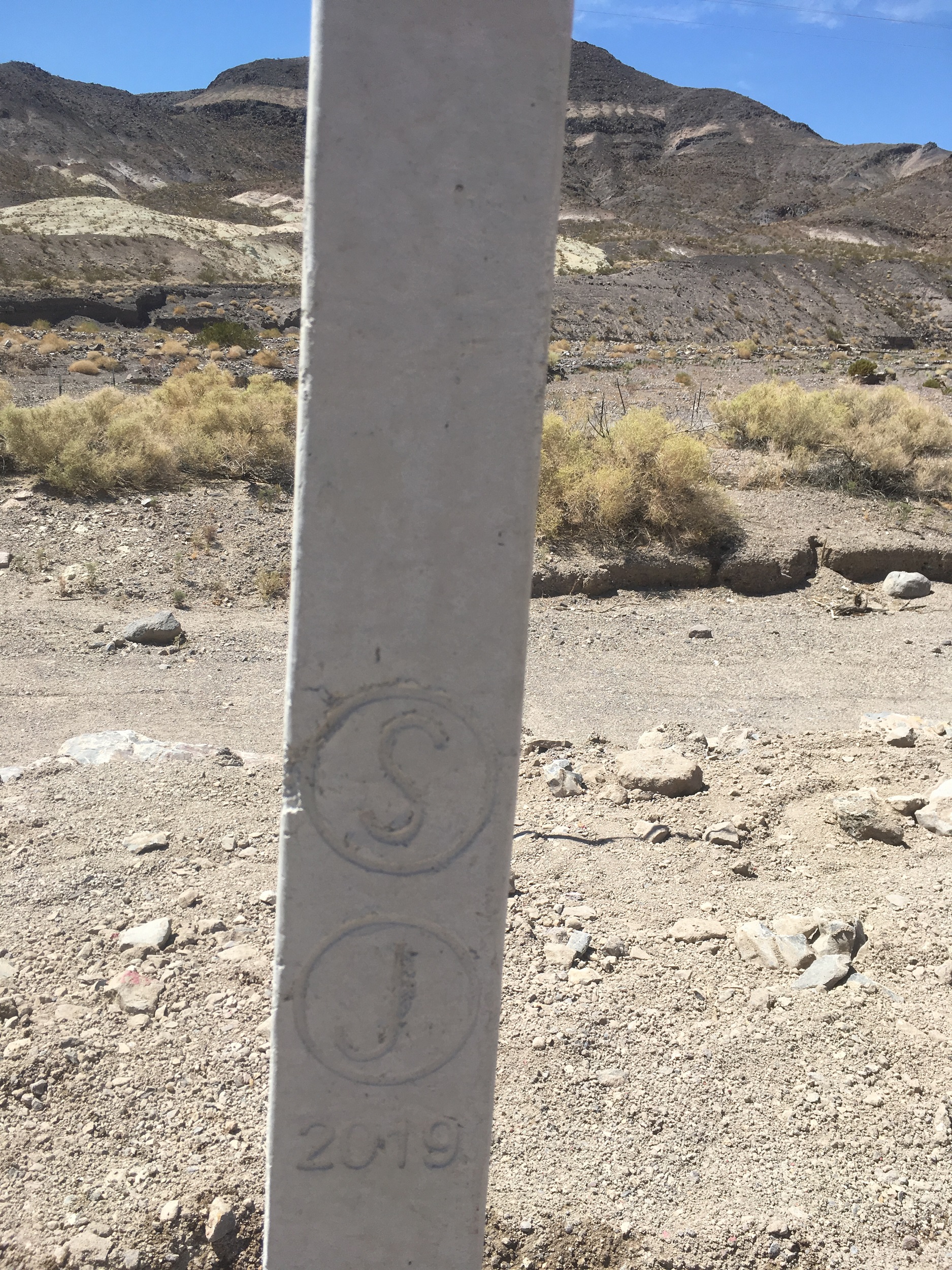 The boundary of Albert Johnson’s property at Scotty’s Castle were marked by a fence made from barbed wire and distinctively-marked concrete fence posts. The “S” was for Walter “Death Valley Scotty” Scott and the “J” stood for the true owner, Albert Johnson. This reproduction post is also stamped with the year it was installed, 2019.