In Texas, activism for woman suffrage surged and waned several times during the state's history. Delegates to state Constitutional Conventions in 1868-69 and 1875 debated and rejected resolutions to amend the Texas Constitution to enfranchise women. Women spoke in favor of the resolutions before each convention. In the 1880s, Texas women active in the woman suffrage movement were often also involved in the campaign for prohibition and temperance with the Texas Woman's Christian Temperance Union. After some western states enfranchised women in the late nineteenth and early twentieth centuries, the National American Woman Suffrage Association (NAWSA) formed a Southern Committee with the purpose of expanding suffrage activism in the south. Several affiliate suffrage groups organized in Texas over the years but many had trouble maintaining membership.

In 1911, journalist Jovita Idar wrote pro-suffrage articles for her family's Spanish-language newspaper, La Cronica. She called on working women to join the fight for the vote, pointing to recently enfranchised women in California as a model. "Working women...proudly raise your chins and face the fight," she implored. "The time of your degredation has passed." That same year, and again in 1913, resolutions to amend the Texas Constitution to enfranchise women were introduced in the Texas legislature and were defeated.

Both suffrage and anti-suffrage activism increased in Texas in the 1910s. Texas women won the right to vote in primary elections in 1918. In January 1919, an amendment to the state consitution enfranchising women finally passed through the legislature but was defeated when put to the male voters in May of that year. (Women were still barred from voting in that general election.)

The next month, after decades of arguments across the country, the U.S. Congress passed the federal woman suffrage amendment on June 4, 1919. After Congress approved the 19th Amendment, at least 36 states needed to vote in favor of it for it to become law. This process is called ratification. Texas called a special session of its legislature on June 23, 1919 to vote on ratification.

On June 28, 1919, the Texas legislature voted to ratify the Nineteenth Amendment, the first southern state to do so. By August of 1920, 36 states (including Texas) approved the amendment and it became part of the United States Constitution. The 19th Amendment forbids the denial or abridgement of the right of U.S. citizens to vote based on sex.

A public park in downtown Dallas, Fair Park was established in 1886. It was the location of the Texas State Fair. In 1893, the fair featured a woman's congress of over 300 women. The congress was organized by suffragist Dr. Ellen Lawson Dabbs, secretary of the Texas Equal Rights Association. From 1913-1917, the fair also featured a “Suffrage Day” when local suffragists would gather and promote women’s voting rights. Fair Park is now a National Historic Landmark. 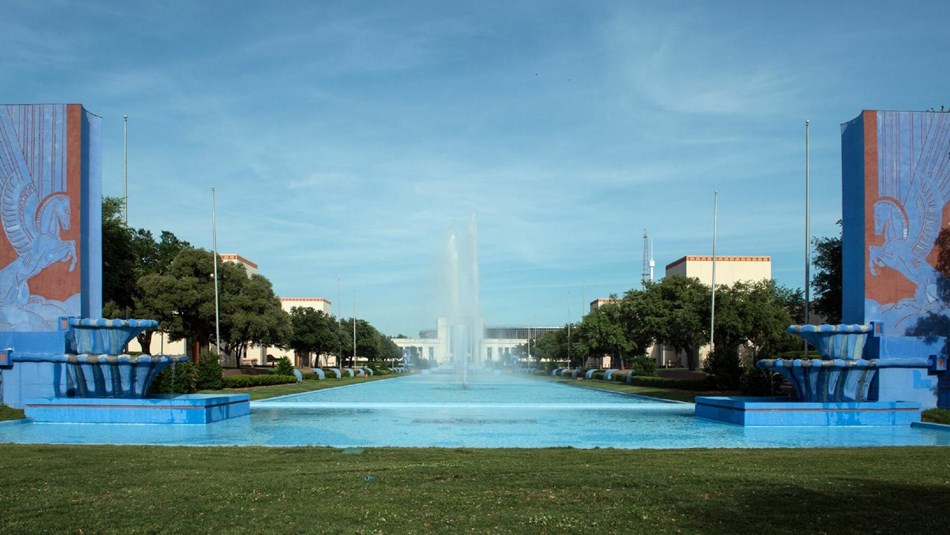 Fair Park is an important place in the story of ratification. It is designated as a National Historic Landmark.