Women first organized and collectively fought for suffrage at the national level in July of 1848. Suffragists such as Elizabeth Cady Stanton and Lucretia Mott convened a meeting of over 300 people in Seneca Falls, New York. In the following decades, women marched, protested, lobbied, and even went to jail. By the 1870s, women pressured Congress to vote on an amendment that would recognize their suffrage rights. This amendment was sometimes called the Susan B. Anthony Amendment and would eventually become the 19th Amendment.

Although progress on the federal amendment stalled, women also campaigned for changes to state suffrage requirements to win the vote.Montana was one of the states where women won full suffrage rights prior to the national constitutional amendment. Jeannette Rankin led the successful campaign to amend Montana's state constitution enfranchising women in 1914. Two years later, Montana voters elected Rankin to serve in the U.S. House of Representatives. Rankin was the first woman anywhere in the country elected to national office and the first woman member of Congress. After she was sworn in on April 2, 1917, one of her first acts as a new congresswoman was to introduce the Susan B. Anthony Woman Suffrage amendment for consideration by the House. The amendment was first introduced in Congress in 1878. Although it had been debated several times through the years, it had only come to the floor for a vote once in 1887 and was defeated. During the two years of her House term, Rankin consistently advocated for the amendment's passage. She wrote newspaper columns and granted interviews to reporters to keep up publicity for woman suffrage. Rankin negotiated for the creation of a Woman Suffrage Committee in the House. The Committee began hearings in January 1918 and the amendment passed the House that same month but was defeated in the Senate.
The next year, the House voted again to pass the amendment on May 21, 1919. This time, the Senate also passed the amendment on June 4, 1919. After Congress approved it, at least 36 states needed to vote in favor of the amendment for it to become part of the U.S. Constitution. This process is called ratification

On July 30, 1919, the Montana legislature voted to ratify the 19th Amendment. The governor certified the ratification on August 2, 1919. By August of 1920, 36 states (including Montana) had ratified the amendment, ensuring that across the country the right to vote could not be denied based on sex.

In July, 1914 suffragists in Butte, Montana organized a demonstration at the corner of Broadway and Main Streets. Speakers included Rosalie Jones, Ida Craft, and Jeannette Rankin. Butte was also the headquarters of the Montana Equal Suffrage State Central Committee. Butte is listed on the National Register as a Historic District. 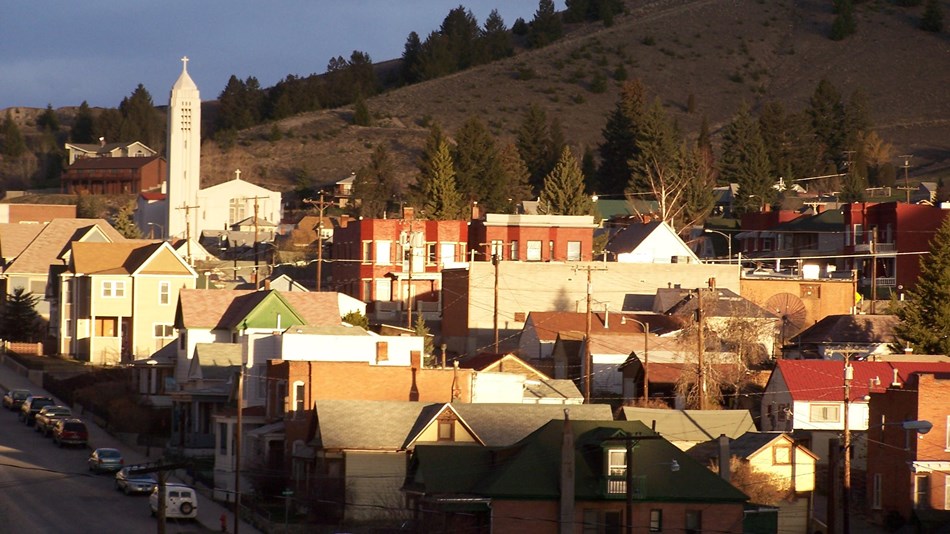 The Butte Historic District is an important place in the story of ratification. It is listed on the National Register of Historic Places.