Kentucky was on the forefront of the movement for women’s suffrage, not just in the South but in the nation. Women who were heads of households and taxpayers won the right to vote on tax and education issues in rural areas of Kentucky in 1838, ten years before the Seneca Falls Convention. That makes Kentucky the first place anywhere in the country where women could participate in the electoral process since New Jersey revoked women’s access to the ballot in 1807. In 1894, women won school suffrage in Lexington, Covington, and Newport. The Kentucky legislature reversed itself in 1902 and took away this limited suffrage over fears that African American women voters would support Republican candidates for school board. After a concentrated lobbying campaign by the Kentucky Federation of Women’s Clubs, women in these cities won school suffrage back in 1912 but with an added literacy test for women voters. Like literacy tests instituted in other states and municipalities around the country, the added requirement was designed to exclude Black voters.

The early suffrage efforts in Kentucky included advocacy for equal rights for both African Americans and women. But by the twentieth century, the woman suffrage associations were segregated. Dr. Mary E. Britton, the first African American woman physician in Lexington, was an activist for many civic causes, including women’s right to vote. She wrote articles and participated in demonstrations against racial segregation and was president of the local Woman’s Improvement Club.

Despite all of the activism, women in Kentucky were not able to expand their enfranchisement beyond school suffrage. This led a few Kentucky suffragists to shift their focus to passage of the federal amendment. Some even joined the National Woman’s Party protests at the White House. At least one Kentuckian, Cornelia Beach, was arrested along with other picketers in August 1917.

After decades of arguments for and against women's suffrage, Congress finally passed of the 19th Amendment in 1919. After Congress approved the 19th Amendment, at least 36 states needed to vote in favor of it for it to become law. This process is called ratification.

On January 6, 1920, Kentucky voted to ratify the Nineteenth Amendment. Two months later, on March 29, 1920, the Kentucky legislature also passed a measure allowing women to vote in presidential elections. That law became unnecessary because on August 18, 1920, Tennessee became the 36th state to ratify the 19th amendment, ensuring that in every state, the right to vote in any election could not be denied based on sex.

The British women’s suffrage movement of the late nineteenth century influenced the suffrage movement in America. To support their American sisters, British suffragists would sometimes tour America giving lectures. Ethel Snowden was one suffragist who made the journey to America to promote universal suffrage for women. She gave a speech at the Shelby County Courthouse on November 7, 1915. The courthouse is listed on the National Register of Historic Places. 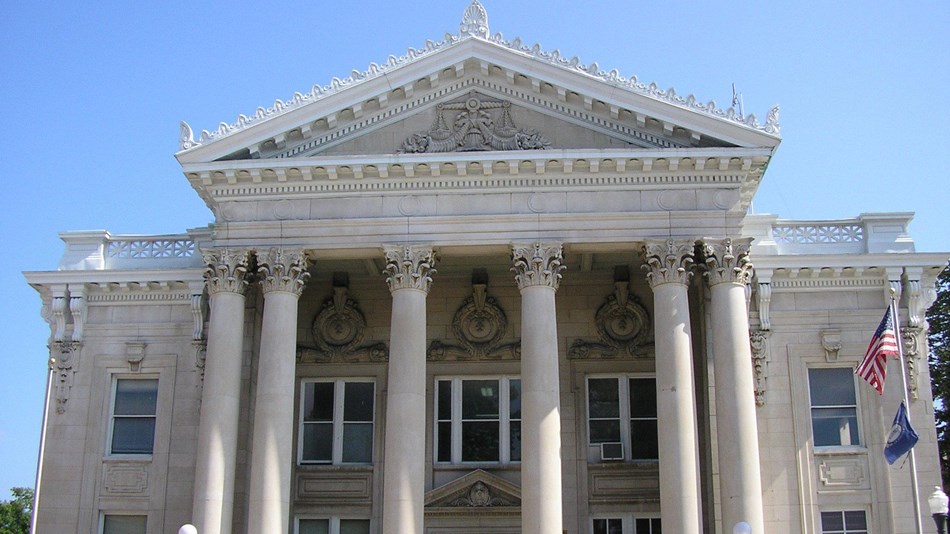 The Shelby County Courthouse is an important place in the story of ratification. It listed on the National Register of Historic Places.