Until the 1890s, Hawai’i was ruled by a monarch (a king and/or queen). But in 1893, Hawaiian Queen Liliʻuokalani was overthrown by A group of businessmen and landowners. Shortly after, Hawai’i became a United States territory in 1898. When this happened, native Hawaiians like Wilhelmina Kekelaokalaninui Widemann Dowsett argued that they should have suffrage rights in the US too. Dowsett founded the National Women’s Equal Suffrage Association and hosted meetings in her home. Her passion for suffrage was infectious and many other women, particularly those native to Hawai’i, became active in the fight for suffrage. Dowsett and other would go door to door, encouraging native women to get involved in the movement.

Because Hawai’i was not yet a state, it could not vote for or against the 19th Amendment. On August 18, 1920, Tennessee became the 36th state to ratify the amendment, making women’s suffrage legal in the United States. Hawaiian women became enfranchised along with their mainland sisters when the 19th Amendment became part of the U.S. Constitution in August 1920. As residents of a U.S. territory, however, their elected representation was limited.

Hawai'i sent a symbolic ratification star to the National Woman's Party in celebration of the passage of the 19th Amendment.

‘Iolani Palace was home to the last monarchs of Hawai’i including King Kalākaua and Queen Lili’uokalani. As the first and only Queen of Hawai'i, Lili’uokalani was a powerful symbol of women’s ability to govern and participate in civic life. Her brother, King Kalākaua, also recognized the importance of including women in political decision-making. During his reign, Kalākaua relied on the service and advice of women like Emma Kaʻilikapuolono Metcalf Beckley Nakuina. In addition to serving as the first curator of the Hawaiian National Museum, Nakuina was appointed the Commissioner of Private Ways and Water Rights from 1892 to 1907. Nakuina also hosted social gatherings of nationally acclaimed women’s suffragists. ‘Iolani Palace is a National Historic Landmark and is open to the public. 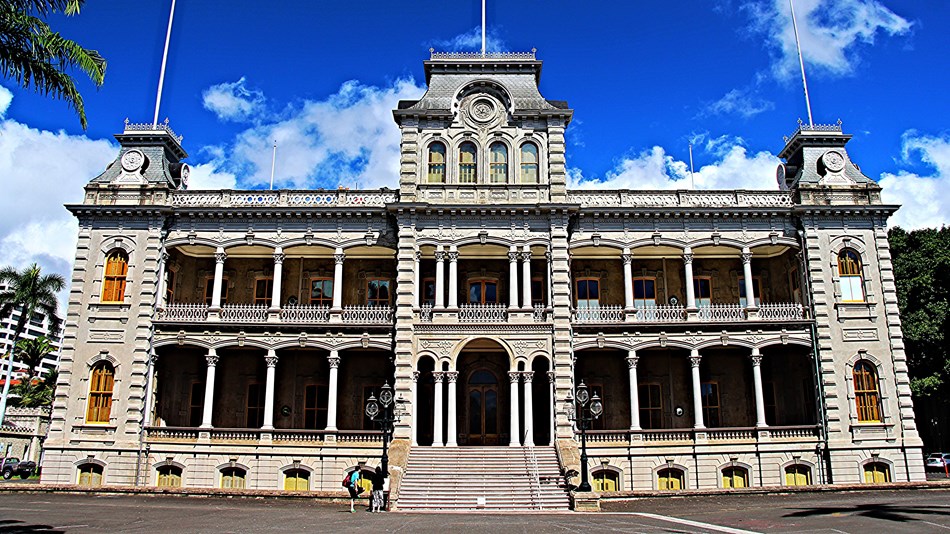 'Iolani Palace is an important place in the story of ratification. It is a National Historic Landmark.