Lava lakes are lakes of molten or solidified lava in volcanic craters or depressions. They may form when a vent or crater becomes partially filled with molten lava.

Most lava lakes are comprised of basaltic lavas.

Shield volcanoes may have lakes of molten or solidified lava in their summit calderas. Lava lakes may also form in other vents in basaltic volcanic centers and sometimes in pahoehoe lava flows that have pooled. Long-lasting lava lakes like the ones that have occurred in Halema‘uma‘u in the Kīlauea caldera In Hawai’i Volcanoes National Park are relatively rare. These lakes are sustained by an open connection to a shallow magma chamber. At Kīlauea, changes in the level of the lava lake in Halema‘uma‘u is the result of changes in the pressure in the upper part of the magma chamber beneath it.

Several lava lakes formed in Capulin Volcano’s boca (the vent area at the base of the cinder cone that fed the lava flows) during its eruption about 54,200 years ago. Spatter deposits formed on the edges of the lakes where bits of still molten lava landed after they were tossed into the air due to vesiculation (bubbling) in the lava lake. 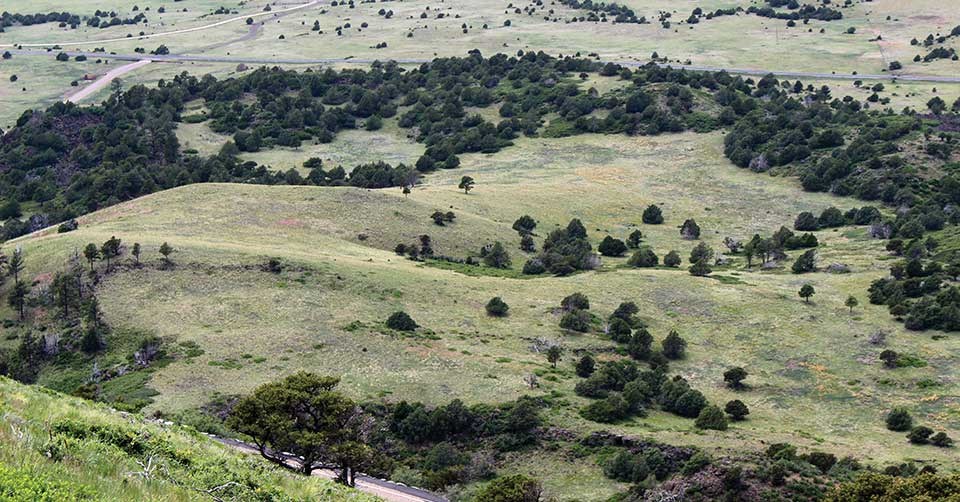 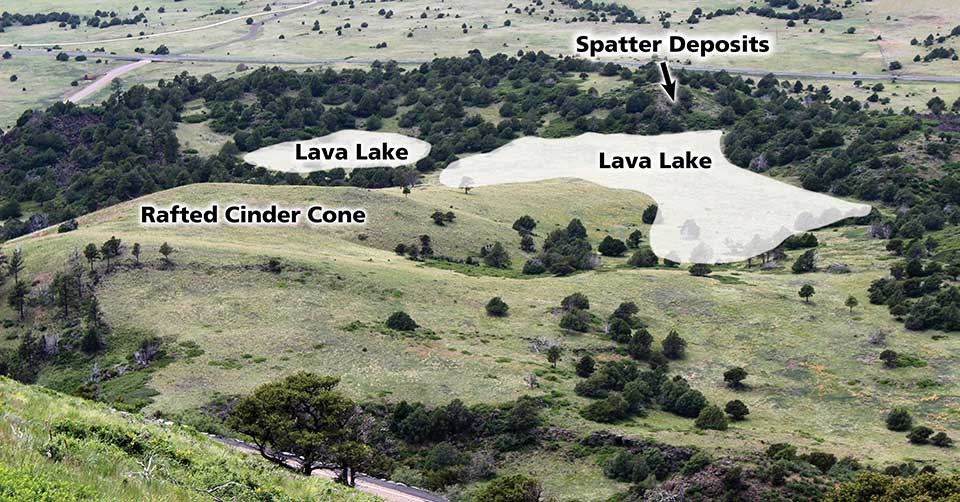 Left image
View of Capulin Volcano’s boca, taken from the rim of the volcano. Two lava lakes, spatter deposits and a piece of the cinder cone that was rafted away during the eruption are visible.
Credit: Photo by Allyson Mathis.

Craters of the Moon National Monument

Several lava lakes are found near vents or in craters in Craters of the Moon National Monument. The lava lakes have very little surface relief and are usually bordered by levees.

Persistent lava lakes have been present in the calderas and in other vents of Mauna Loa and Kīlauea (the shield volcanoes in Hawai’i Volcanoes National Park) at various times in the volcanoes’ histories.

A lava lake was intermittently present in Pu‘u‘ō‘ō, the vent on Kīlauea’s East Rift Zone that was active from 1983 to 2018.

Lava lakes have also formed in other vents on Kīlauea, such as the lava lake in Kīlauea Iki, a crater near the summit caldera during its eruption in 1959.

Lava lakes have been present during historical eruptions in Moku‘āweoweo, Mauna Loa’s caldera. The most recent eruption that produced a lava lake occurred in 1940.