Kīlauea volcano is one of the most dynamic landscapes on Earth. As one of the most active volcanoes on the planet, it is constantly reshaping itself. Yet even by its own standards, 2018, 2019, and 2020 have been remarkable for the changes that have taken place at Halemaʻumaʻu crater, the traditional home of the volcanic deity Pelehonuamea.

In the first days of May 2018, the lava lake that had existed in Halemaʻumaʻu crater for almost a decade began to drain away. Magma moved from the summit of Kīlauea to the Lower East Rift Zone, marked by a series of earthquakes. On May 3rd, the first fissures opened up in the subdivision of Leilani Estates and the massive eruption of 2018 began to unfold in lower Puna.

Kīlauea Summit - Before & After Collapse 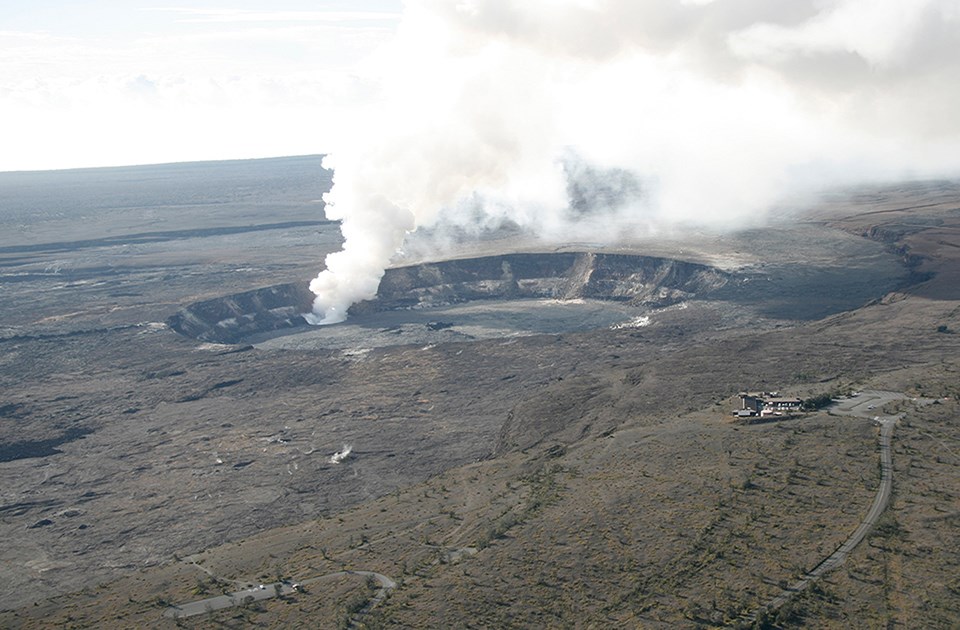 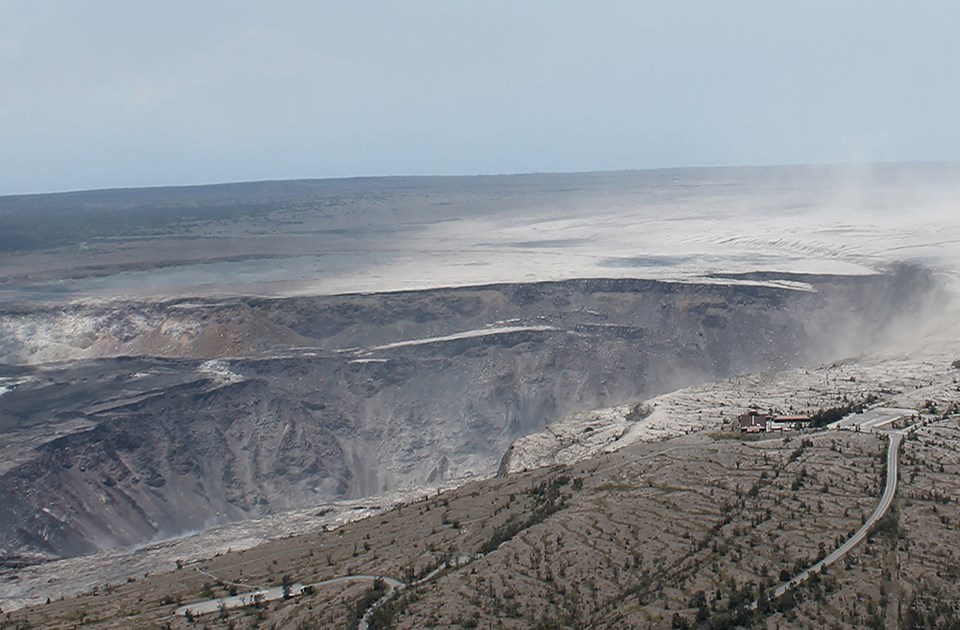 On August 1, 2019, USGS Hawaiian Volcano Observatory (HVO) scientists confirmed a growing pond of water in the recently enlarged Halemʻumaʻu crater. Initially, it appeared as small, separate turquoise ponds. Over time, however, the small ponds united and began to grow dramatically. For a period of time, the depth of the growing lake was increasing several inches per day.

It was a remarkable turn of events. In the space of just over one year, a persistent lake of lava had vanished in a dramatic collapse, only to be replaced by the first lake of water to be recorded at Kīlauea in modern history.

Over its lifespan, the lake grew to be approximately 160 feet (49 m) deep. A ten-story building could have disappeared into its depths. The lake also changed color due to the precipitation of iron-sulfate minerals and SO2 being dissolved into the water. Learn more about the summit water lake that was present.

Growth of the Water Lake in Halemaʻumaʻu 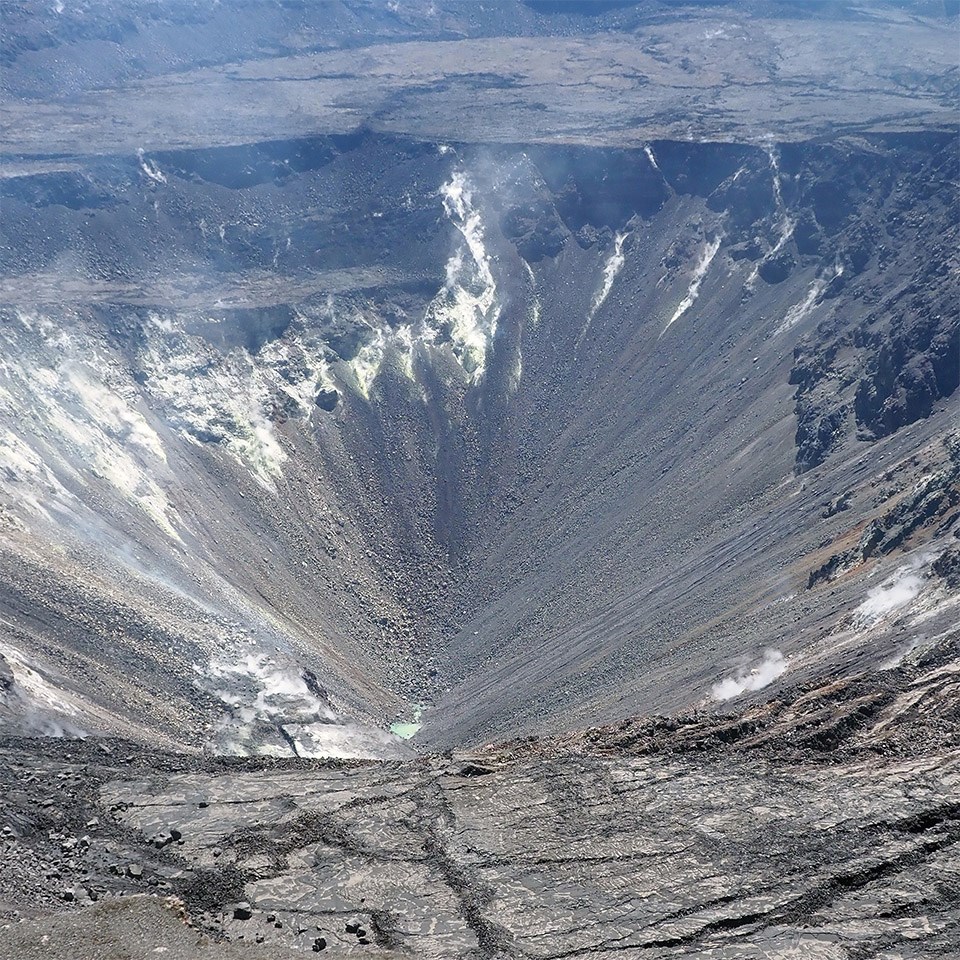 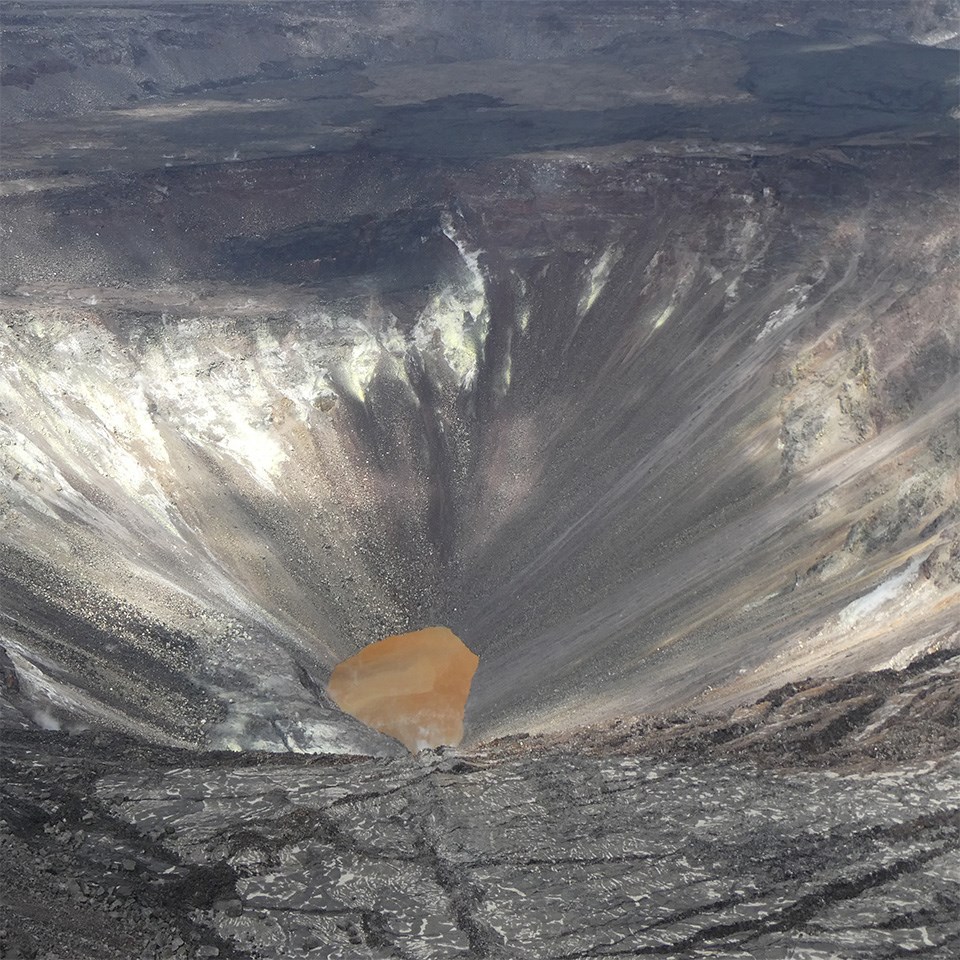 Left: the lake in Halemaʻumaʻu crater in July 2019. Right: the same perspective in April 2020. Drag the center circle/line left and right to reveal the before and after photos. (Photos by USGS Hawaiian Volcano Observatory)

After the huge changes that occurred with the 2018 eruption and subsequent summit collapse, some had speculated that Kīlauea would not erupt for a significant period of time.

But shortly after approximately 9:30 p.m. on December 20, 2020 the USGS Hawaiian Volcano Observatory (HVO) detected a glow within Halemaʻumaʻu. The water lake that had existed since 2019 was soon vaporized as an effusive eruption commenced and lava cascaded into the crater.

Wthin one week, what had been a history-making lake of water was replaced by a nearly 600-foot deep lake of lava. See images and videos from the 2020 summit eruption.

Transition From a Water Lake to Lava Lake in Halemaʻumaʻu 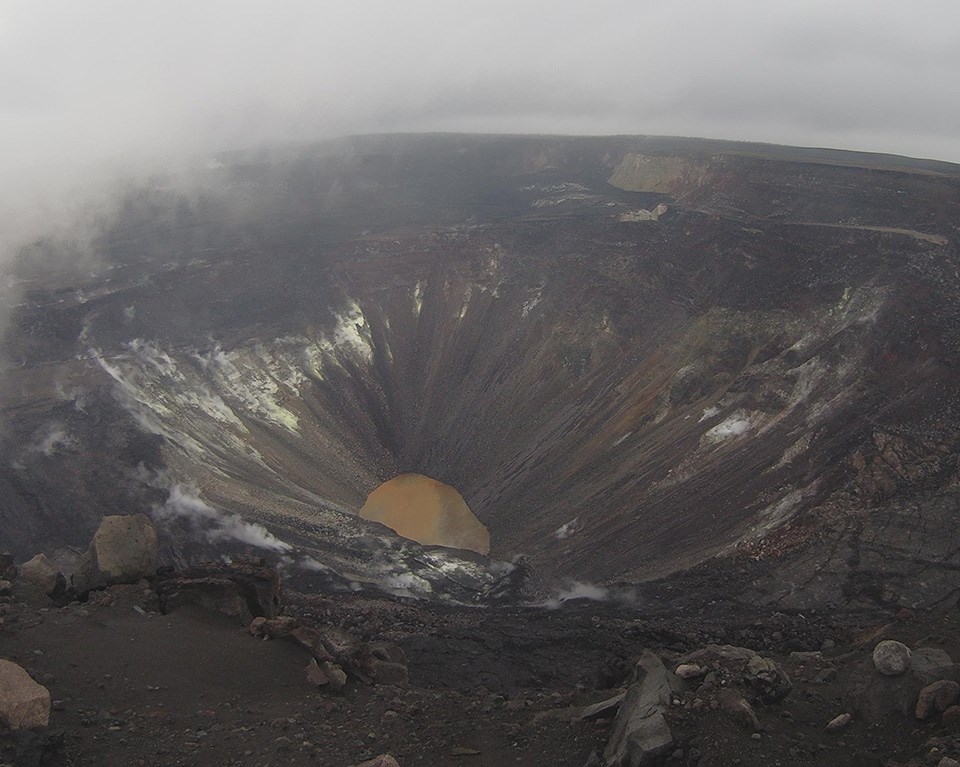 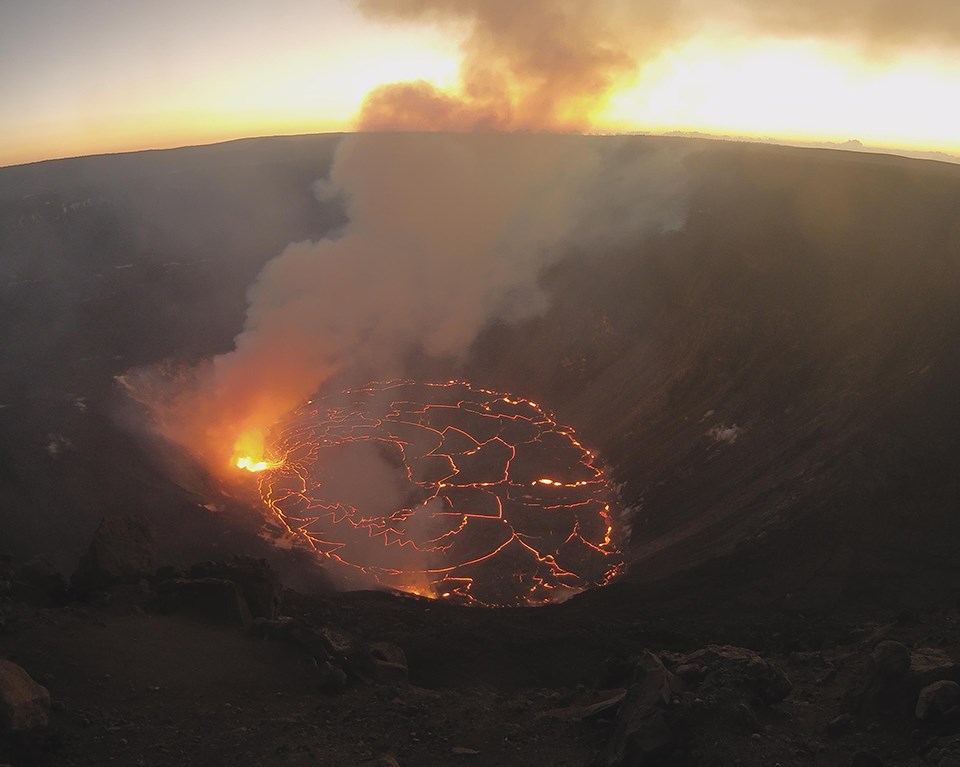 Left: the growing lake of water on December 20, 2020. Right: the lava lake that replaced it, seen only four days later on December 24. Drag the center circle/line left and right to reveal the before and after photos. (Photos by USGS Hawaiian Volcano Observatory)

(Note: the images here were taken by scientists studying the eruption. No molten lava is currently visible from publicly accessible overlooks)