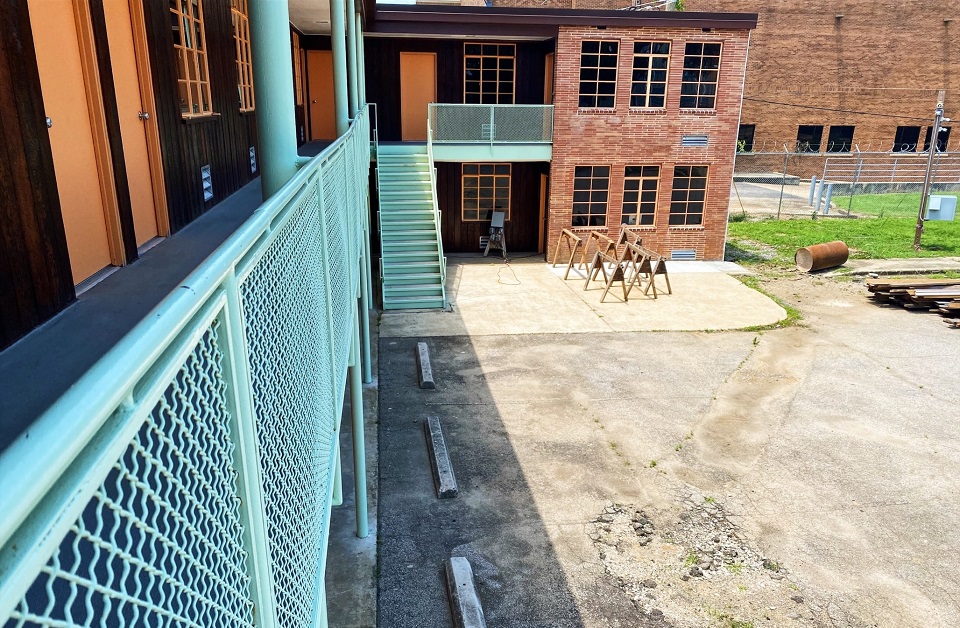 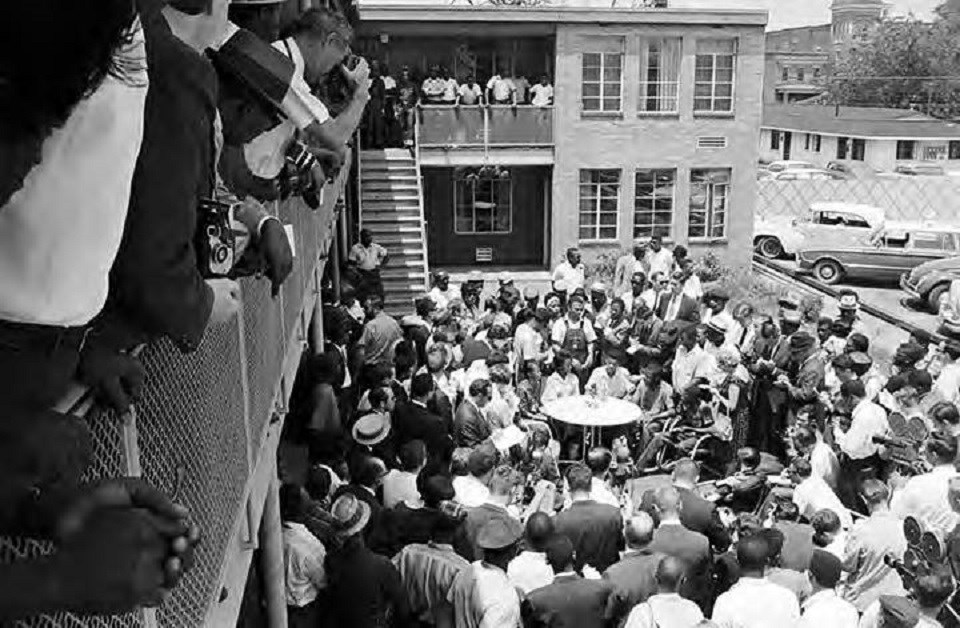 Left image
Like many places throughout Birmingham, the newly-renovated Gaston Motel was the site of powerful moments that changed the nation.
Credit: NPS Photo

Birmingham, Alabama, is a place where snarling dogs snapped at children. A place where police blasted peaceful protesters with fire hoses. A place where inequality and humiliation was baked into every day life for African Americans. But Birmingham is also a place of hope. A place where men, women, and children took a stand for themselves, and for our country. A place where people dared to dream that our nation might truly live up to its promise of liberty and justice for all. Birmingham Civil Rights National Monument honors all this, and much more.

In the era of Jim Crow, Birmingham was one of the most dangerous places for African Americans. Besides the obvious dangers of racist violence, white supremacist policies purposefully excluded African Americans from good schools, housing, and jobs, and prevented them from casting a vote for politicians who might help them. Despite this, Blacks in Birmingham proved their resilience. No place better demonstrated this than the thriving 4th Avenue business district. One of the economic hubs was the Masonic Temple Building, then known as the Colored Masonic Temple. Smells from the soda fountain on the ground floor mingled with the irresistible rhythms of Count Basie’s band emanating from the auditorium. During the workweek, lawyers and dentists held office space in the eight-story building. Today, the building is vacant, but the 4th Avenue business district remains a vibrant downtown area with restaurants, retail, and entertainment available for visitors.

Calls for change grew after World War II. African Americans risked their lives on the front lines, just like their white brethren. Yet the horrific treatment they returned to made it feel as though one war zone was traded for another. Leading the charge in Birmingham were the churches. In the northeast part of town is the place where it all began— the Historic Bethel Baptist Church. Visit the exhibits in the auditorium that delve into the life of the fiery Reverend Fred L. Shuttlesworth, who pledged his life to the cause of desegregation. Reflect on the courage of the Shuttlesworth family and the Bethel congregation at the "Ghost Frame"—all that remains of the parsonage after white supremacists bombed the church on Christmas Eve of 1956. Shuttlesworth and his family emerged from the rubble, unharmed, and continued their desegregation efforts with renewed fervor.

Back in downtown Birmingham are two other churches with significant pieces of the story to tell. Stand in the basement where early Project “C” Movement meetings were held at St. Paul United Methodist Church. The 'C' stood for 'confrontation,' though all methods used were nonviolent. Still present is a podium believed to be used by Dr. Martin Luther King Jr. at one of the meetings. Take a moment to reflect under the Wales Window at 16th St. Baptist Church; a gift from the country of Wales after the September 15, 1963 bombing by white supremacists took the lives of four young girls during Sunday school. The stained glass image depicts a Black man with his arms spread wide, one hand pushing away symbolizing the Black community's efforts to stop oppression and injustice. The other hand is palm-up and open symbolizing the unfathomable ability to forgive in the face of so much hate. These churches offer visitor services such as tours and can be contacted directly for scheduling.

Efforts to desegregate Birmingham ratcheted up in the spring of 1963, when Rev. Shuttlesworth invited Dr. King to support the movement. Dr. King and others took up residence in the A.G. Gaston Motel. The motel morphed into headquarters for the Movement. Now co-owned by the City of Birmingham and the National Park Service (NPS), tourists enjoy snapping pictures of its historically restored exterior. Interior renovations are pending, but temporary exhibits will be up by August 2021.

The Children’s Crusade thrust the Birmingham Campaign and the city itself into the spotlight across the globe. Stroll under the shade trees in Kelly Ingram Park, where youth as young as six years old were stopped by fire hoses and police dogs. The Children’s Crusade, and other critical moments in the campaign, are immortalized at the park through life-sized statues, interpretive signs, and a free cell phone tour.

Efforts by Birmingham activists in 1963 served as a catalyst for the passing of national civil rights legislation, impacting human and civil rights across the globe. In 1992, the city honored these achievements through the creation of Birmingham Civil Rights Institute (BCRI), a research center and exhibit space. Stroll through the many permanent and traveling exhibits, filled with historic photographs, audio clips of interviews and famous speeches, and even ephemera such as "Colored" and "White" drinking fountains. All paint a nuanced and vivid picture of what life was like, and the courage needed by activists to stand up.

Connecting history to the present is a big part of the mission of cultural parks like Birmingham Civil Rights National Monument. One of the ways park rangers are attempting to do this is through a podcast called We Will Rise: National Parks and Civil Rights. The inaugural episode featured Charles Person, a Freedom Rider, and comedian Roy Wood Jr.

Though a new park, Birmingham Civil Rights National Monument is eager to establish experiences that are meaningful to visitors near and far. Learn how you can get involved by sharing your comments about a formative planning document for this new national monument before July 10, 2021. We look forward to creating a space that is welcoming, educational, and focused on highlighting the stories of our partners.

If we don’t understand our past, we are destined to repeat it. A visit to Birmingham Civil Rights National Monument may be emotional, but truth-telling is a crucial step in healing old wounds and addressing current inequities. Ultimately, it can be a place of celebration, and hope for what can be achieved when people come together.