Before Their Tails Were "Red"

Before the first African American military pilots became known as the "Red Tails" they wore striped tails as they began their flight training in the Army's PT-17 Stearman bi-plane.  Their flying adventure started at Moton Field, in Tuskegee, Alabama, where the Army Air Corps conducted a military test to determine if African Americans could be trained to fly combat aircraft. 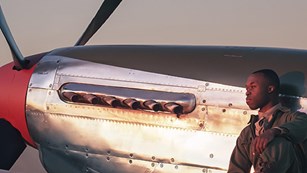 Welcome to the Park! 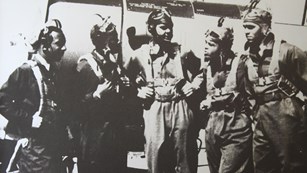 Learn a little more about the park. 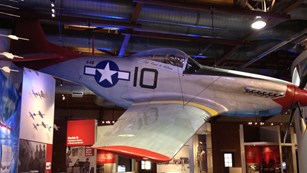 Check out our events calendar. 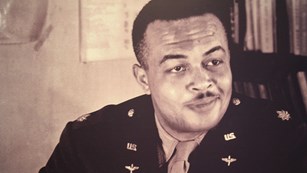 For groups of 10 or more let us know you're planning to visit and see what the Park has to offer. 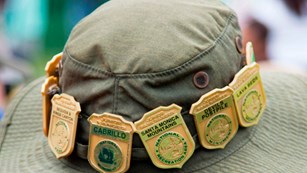 Be a Junior Ranger

Earn a junior ranger badge by learning about the Tuskegee Airmen. 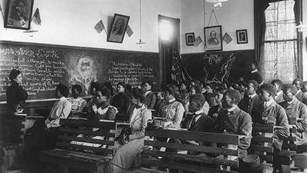 Court Martialed? Why??? Mutiny At Freeman Field
The First Field Civilian Pilot Training Program
Who Were The Women? And There Were Women...
Friends of the Tuskegee Airmen NHS