The U.S. Postal Service is celebrating the National Park Service's Centennial by issuing 16 new Forever stamps featuring national parks! The designs were unveiled one at a time between April 4 and April 22, 2016.
First-day-of-issue ceremonies took place at the World Stamp Show in New York City and at many of the featured parks on June 2, 2016. The stamps are now available from the U.S. Postal Service.
Learn more about the new stamp set.
Click on any of the images on this page for a higher resolution image. All Images of the stamps on this webpage should be credited to the U.S. Postal Service.
Featured Parks 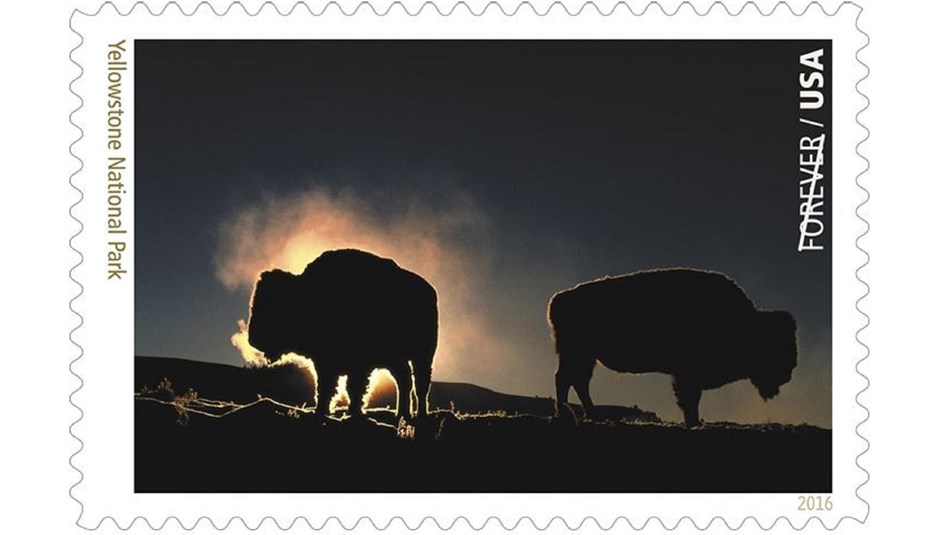 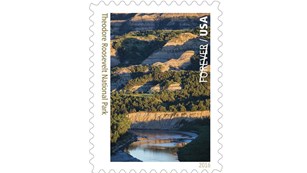 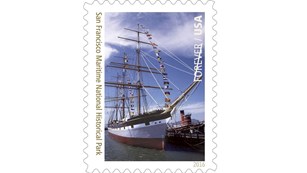 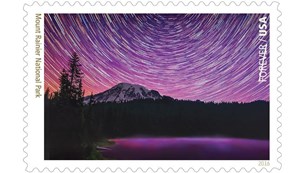 The Mount Rainier stamp captures the dramatic night sky above Mount Rainier; an active volcano & icon on the Washington landscape. 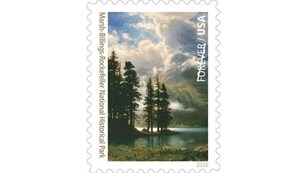 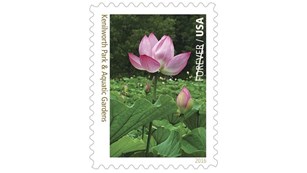 The Kenilworth Park & Aquatic Gardens stamp reveals the hidden treasures tucked away in urban neighborhoods in our nation’s capital. 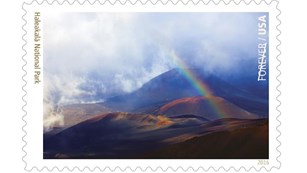 The Haleakalā stamp invites you to discover the stark volcanic landscapes and sub-tropical rain forests in the park. 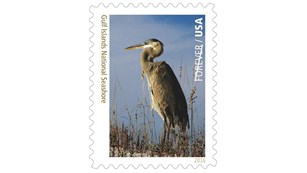 The Gulf Islands stamp features a heron; part of the wildlife found on the white sandy beaches and the aquamarine waters. 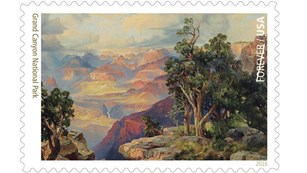 The Grand Canyon stamp depicts the stunning views of one of the most dramatic geological features on earth. 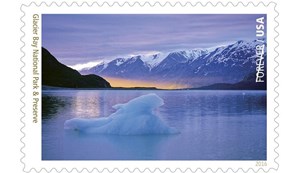 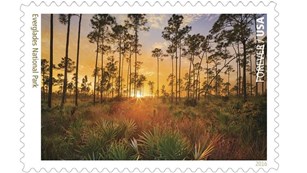 The Everglades stamp celebrates the nation's largest subtropical wilderness; home to many rare and endangered species. 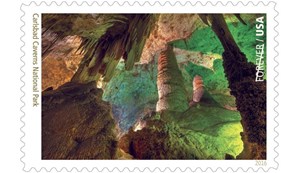 The Carlsbad Caverns stamp reveals the elaborate speleothems, or cave decorations, that are hidden beneath the surface. 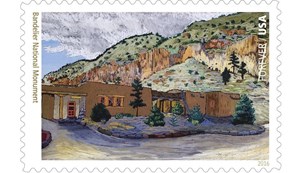 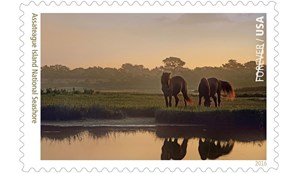 The Assateague Island stamp features the wild ponies that roam the sandy beaches, salt marshes, & maritime forests of the Island. 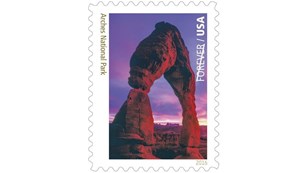 The Arches stamp showcases one of the park's 2,000 natural stone arches. 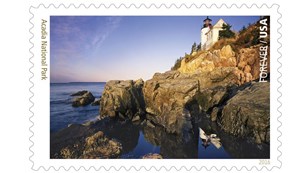 The Acadia stamp features the Bass Harbor Lighthouse on the rocky cliffs of Maine.