Led by Reverend Leonard Grimes, the Twelfth Baptist Church became known as “Fugitive Slaves’ Church” because so many of its members had escaped from slavery.

With the passage of the Fugitive Slave Law, Twelfth Baptist lost over a third of its members. Fearing capture, they fled Boston to the safety of Canada. The congregation raised funds to aid fugitives in the city and many prominent Underground Railroad leaders, including Lewis Hayden, and famous fugitives, such as Shadrach Minkins, worshipped here. Following Anthony Burns’ public rendition to slavery in 1854, Grimes and his parishioners raised $1300 and purchased Burns’ freedom so he could be returned north a free man.1 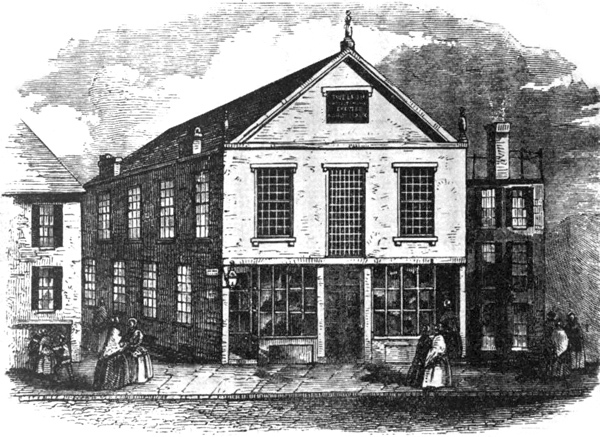 "Church of the Fugitive Slaves in Boston" (Credit: Anthony Burns: A History by Charles E. Stevens, 1856.)

Twelfth Baptist Church continued to serve as a significant space of community activism. In 1887, leading members of Boston's African American community met at Twelfth Baptist Church to form the West End Woman Suffrage League. Josephine St. Pierre Ruffin, Lewis Hayden, Butler Wilson, Eliza Gardner, and Arianna Sparrow, among others, served in leadership positions of the club. An affiliate of the Massachusetts Woman Suffrage Association, the West End Woman Suffrage League's motto, "All rights for all," showed the club's dedication to equality along the lines of both race and sex.2