Between 1866 and 1951, African-American soldiers in the U.S. Army's Buffalo Soldier regiments would valiantly and heroically face the country's enemies on the battlefield whenever they were called upon to do so.  However, they also had to face another battle here at home.  The fight for equality, respect and dignity.

Today, we proudly tell their story as we utilize this Park as a Classroom.  Learn about the struggles these men faced in a post-Civil War country that was sharply divided over their integration into society.

Coming soon, you'll be able to download Lesson Plans which can be used in your classroom.  Contact Us if you would like to visit the park with your class. 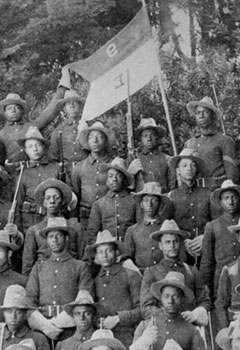 A Life of Courage & Leadership 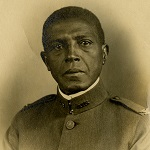 Look for Charles Young Buffalo Soldiers NM social media! At home or on the go, get the latest news, interact with others & share park memories. 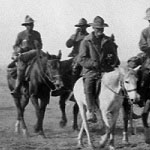 WANTED: Junior Rangers Of All Ages!

We encourage all visitors to learn more about the park and earn their very own Jr. Ranger badge. Learn how you can earn a World Heritage badge too! 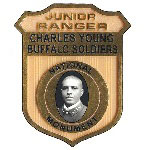 It's here! The premiere edition of the park's newsletter, The Bugler's Call. Download your copy and read up on park-related events. 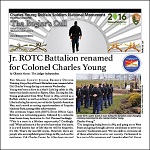 It's finally here! The new Charles Young Buffalo Soldiers Jr. Ranger section is now live and ready for you. Visit the page to find out more! 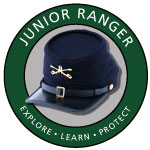 Available to educational institutions is the park's new traveling banner exhibition. Four banners and supplemental materials make up the exhibit. 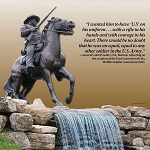 Designated a National Historic Landmark in 1974, Charles Young's home was a gathering place for his friends, family and strangers alike. 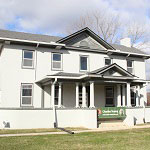 View official photos & videos from events and from around the park in the Photo & Multimedia Section. Check back regularly for newly added media. 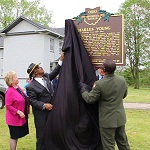