Religion played a big role in the fight for women’s suffrage in Utah. The territory was home to Mormon communities that practiced polygamy. This means that Mormon men often had several wives. Anti-Mormon politicians believed that recognizing women’s suffrage rights would empower women to end the practice of polygamy. For this reason, these politicians supported women’s voting rights.

In contrast, many Mormon men believed that if Mormon women had the vote, it would show the country that they were not oppressed by the practice of polygamy. As a result, many Mormon men supported women’s suffrage. In 1870, the Utah territory passed legislation officially recognizing women’s voting rights.

But in 1887, Utah women lost the right to vote. The Edmunds-Tucker Anti-Polygamy Act, passed by the United States Congress, put restrictions on the practice of polygamy. It also took away women’s voting rights in the Utah Territory. Both Mormon and non-Mormon women were upset and formed a number of suffrage organizations.

When the Territory applied for statehood in 1895, women convinced politicians to make women’s suffrage part of the new state Constitution. When Utah achieved statehood in January of 1896, women were legally able to vote.

Utah had a long history of supporting women's voting rights and Utahans supported women’s suffrage for all. On September 30, 1919 the Utah legislature voted to ratify the 19th Amendment. By August 1920, the required 36 states ratified the 19th Amendment, ensuring that across the country, the right to vote could not be denied based on sex.

In 1870, the Utah territory passed legislation officially recognizing women's suffrage rights. In 1871, Susan B. Anthony and Elizabeth Cady Stanton, leaders of the early suffrage movement, visited the Utah Territory. They wanted to witness women in Utah exercising their right to vote. Anthony and Stanton spoke to Mormon women at the Old Salt Lake Tabernacle in Temple Square. While the building was demolished in the 1870s, the square still exists and is a National Register Historic Landmark District. 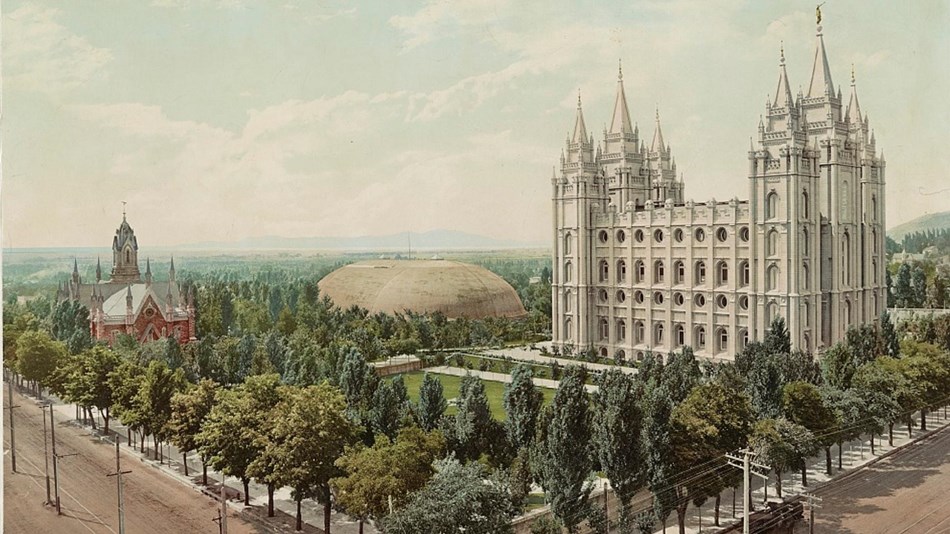 Temple Square is an important place in the story of ratification. This district is designated as a National Historic Landmark.