William Kent and Elizabeth Thacher Kent have been iconic figures in Marin County for more than a century.

William's father, Albert Kent, came from a prosperous farming family in Connecticut and attended Yale. He built a family fortune, with businesses and real estate investments. In 1871, the family relocated to Marin County. There, young William learned to appreciate the natural beauty of the Golden Gate.

While attending Yale University, Kent met Elizabeth Thacher. Her father was a Latin professor at the school. The couple had five sons, two daughters, and 10 grandchildren together. They lived in Chicago where William assumed control of his father's businesses and became a local politician.

By 1903, an economic depression impacted the family's fortune.

That year, the Kent's traveled to Marin to visit family. A friend took them to Redwood Canyon, urging them to buy the grove and protect the majestic trees. Much of the surrounding land was being plundered for timber and commercial use. Although hesitant initially, the couple bought all 611-acres for $45,000, “the lowest possible price… for preservation and not for exploitation.”

In 1907, Redwood Canyon was under threat – from a company that sought to exploit it for water. Arguing water was more important than tourism. To preserve their land, Kent went to Gifford Pinchot. Whom President Theodore Roosevelt had appointed head of the newly formed Forest Service. The Kents sought to save the pristine redwood grove by donating it to the federal government.

Invoking the Preservation of American Antiquities Act, Pinchot brought the conflict to Roosevelt’s attention. In December of 1908, the President accepted 295 acres and named the land Muir Woods National Monument . After Kent requested it be named for family friend, and fellow conservationist John Muir.

It is rarely mentioned in the history from that time the other name on the deed of Redwood Canyon. Elizabeth Thacher Kent was co-owner of the property. She was a full partner to William in many ways, both in business, philanthropy, and civic duties. The great-granddaughter of Founding Father, Roger Sherman, Elizabeth's family was financially secure and politically well connected.

Although they are often associated with the conservationist movement, they were also heavily involved in politics. William Kent served in Congress and fought to exclude Chinese and Japanese immigrants from this country, while Elizabeth Kent was in many ways an even more daring political figure. 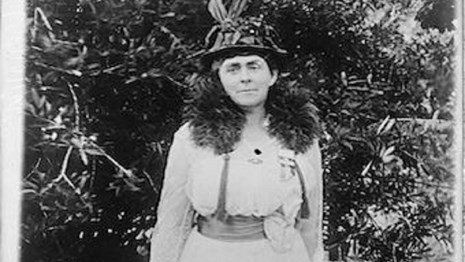 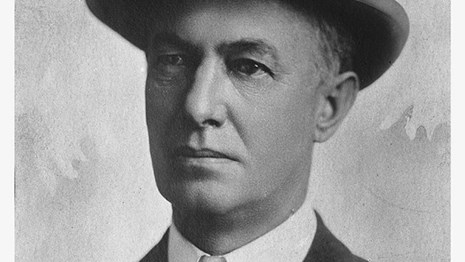 William Kent is best known as a conservationist, but he was also a politician who fought to exclude Asian immigrants from the US.