On August 18, 1920, Tennessee became the 36th state to ratify the amendment.
With Tennessee’s ratification, the 19th Amendment became law, ensuring that the right to vote could not be denied based on sex.

On August 18, 1920, Tennessee became the 36th state to ratify the 19th Amendment, making women's suffrage legal in the United States. There is a Woman Suffrage Memorial in downtown Knoxville in Market Square to honor state suffragists. The square is listed on the National Register of Historic Places. The memorial is dedicated to local white suffragists: Elizabeth Avery Meriwether (Memphis), Lizzie Crozier French (Knoxville), and Anne Dallas Dudley (Nashville). African American women also played a crucial role in the struggle for suffrage in Tennessee. Juno Frankie Pierce, for example, established voter education organizations. Pierce and others also helped register other African Americans in their communities. These women recognized that voter turnout was an important aspect of suffrage. 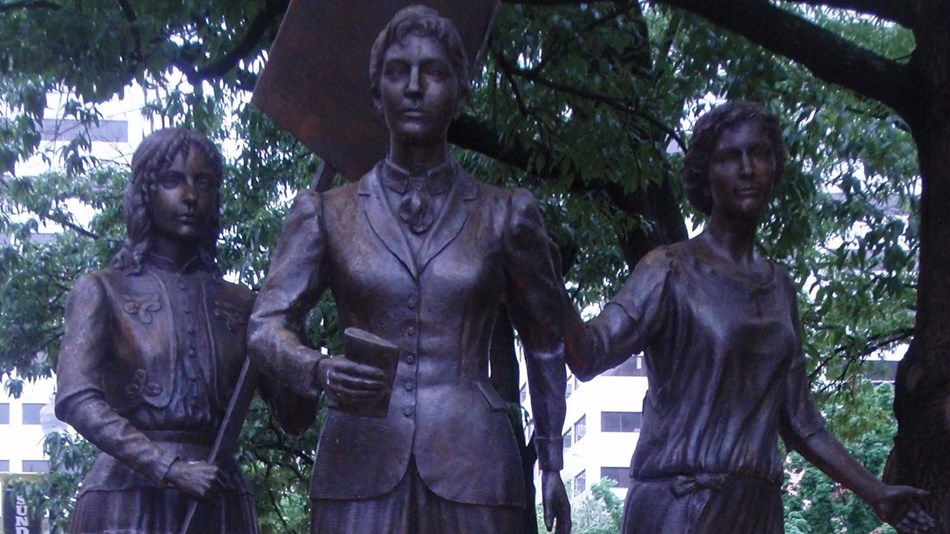 The statue in Market Square is an important place in the story of ratification. The square is listed on the National Register.