After decades of arguments for and against women's suffrage, Congress finally passed the 19th Amendment in June1919. After Congress approved the 19th Amendment, at least 36 states needed to vote in favor of the amendment for it to become law. This process is called ratification.

On February 21, 1920, New Mexico voted to ratify the 19th Amendment. By August of 1920, 36 states (including New Mexico) ratified the amendment, ensuring that all across the country the right to vote could not be denied based on sex.

The Alfred M. Bergere House was originally built in the early 1870s on the Fort Marcy Military Reservation. It eventually became the home of the Otero Bergere family, including Adelina (Nina) Otero Warren, a noted suffragist, author, and business woman. Her suffrage work in New Mexico caught the attention of suffrage leader Alice Paul, who tapped Nina in 1917 to head the New Mexico chapter of the Congressional Union (precursor to the National Woman’s Party). Nina insisted that suffrage literature be published in both English and Spanish, in order to reach the widest audience. 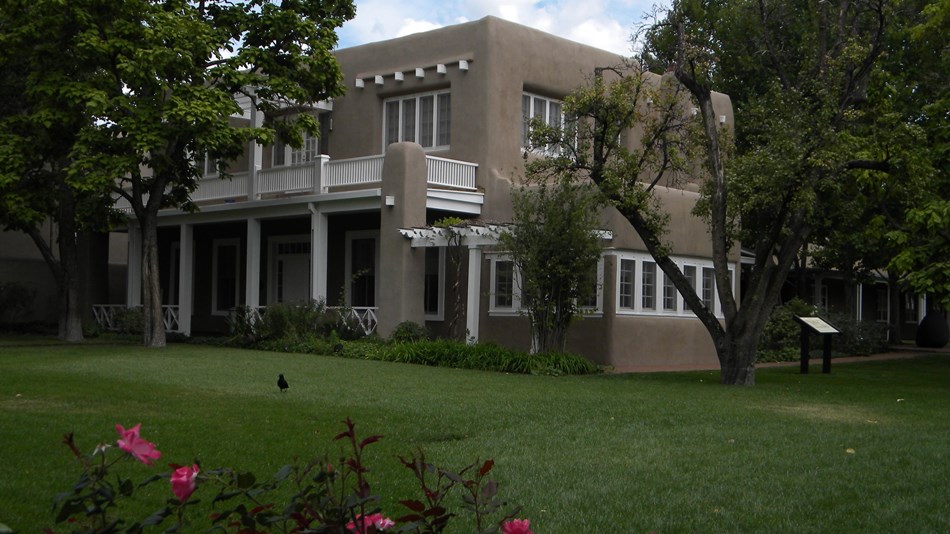 The Alfred M. Bergere House is an important place in the story of ratification. It is listed on the National Register of Historic Places.