Although progress on the federal amendment stalled, women also campaigned for changes to state suffrage requirements to win the vote. Missouri women began forming suffrage organizations in 1867. Between 1867 and 1901, suffragists petitioned for a state constitutional amendment enfranchising women eighteen times. Only eight of those petitions came to a vote in the Missouri legislature, including the first one in 1867. Each time, the Missouri lawmakers voted against woman suffrage.

In October 1869, St. Louis hosted a National Woman Suffrage Convention. At the meeting, Missourians Francis and Virginia Minor introduced the idea that the Fourteenth Amendment to the United States Constitution already protected women’s right to vote. They argued that since the language of the amendment defined citizenship and required due process and equal protection for all citizens under the law, it was unconstitutional to exclude women citizens from voting. Support for the Minors’ argument grew among suffragists, launching a strategy known as the “new departure” in which women showed up at their polling places demanding that they be allowed to vote.

Virginia Minor attempted to register to vote on October 15, 1872 with her registrar’s office. When she was turned away, the Minors sued. After losing in the state courts, their case made it to the Supreme Court as Minor v Happersett. The justices ruled unanimously against the Minors in 1874. In the decision, Chief Justice Morrison Waite declared that "the Constitution of the United States does not confer the right of suffrage upon anyone" and that voting is not one of the “privileges and immunities” of citizenship. Thereafter, many suffragists decided that the only way to win the vote would be to push for an amendment to the U.S. Constitution forbidding the denial of the right to vote based on sex. Virginia Minor remained active in the fight for suffrage until her death in 1894.
In the twentieth century, Missouri women continued to fight for the right to vote on both the state and the national level. In 1916, thousands of women wearing white and carrying gold parasols lined the streets of St. Louis during the Democratic National Convention in a silent stare-down of the delegates as they walked from their hotels to the convention. They called their demonstration a “walkless, talkless parade” meant to illustrate how women had been silenced by the continued denial of the vote. The protest, which became known as the Golden Lane, was organized by Edna Gellhorn, one of the next generation of Missouri suffrage leaders. The suffragists won a small victory in March 1919 when the legislature passed a measure for limited suffrage, allowing women to vote for president only.

Three months later, after decades of arguments for and against women's suffrage, Congress finally passed the federal suffrage amendment on June 4, 1919. After Congress approved the 19th Amendment, at least 36 states needed to vote in favor of it for it to become part of the U.S. Constitution. This process is called ratification.

On July 3, 1919, Missouri ratified the Nineteenth Amendment. By August of 1920, 36 states had ratified the amendment, ensuring that citizens could not be denied the right to vote based on sex.

This photograph was taken in 1919 when Missouri Governor Frederick Gardner signed a resolution ratifying the 19th Amendment to U.S. Constitution. Missouri became the 11th state to ratify the amendment.

Built in 1914, the Railway Exchange Building in St. Louis is a high-rise office building. It was once the headquarters of a local women’s suffrage organization in the years leading up to the passage of the 19th Amendment. The building is now listed on the National Register of Historic Places. It is privately owned and closed to the public. 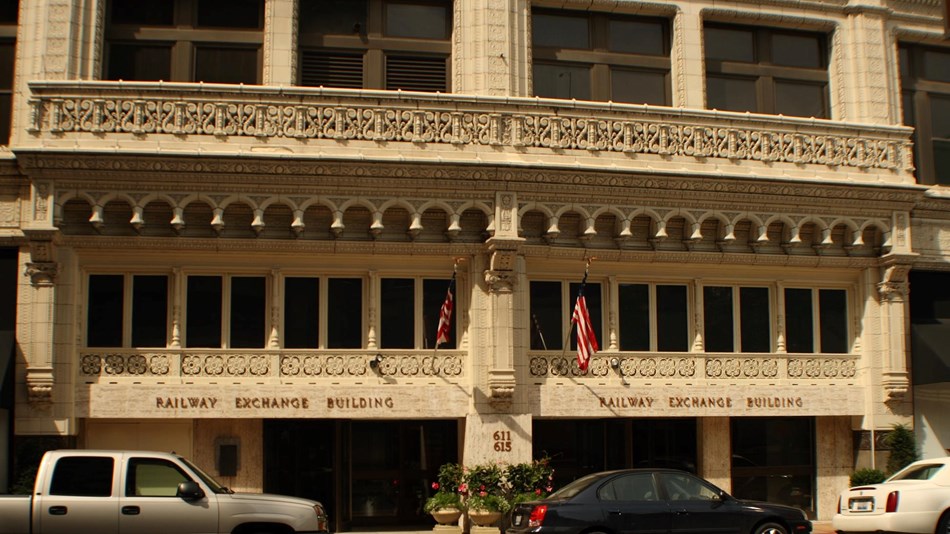 The Railway Exchange Building is an important place in the story of ratification. It is listed on the National Register of Historic Places.