The Mississippi legislature originally rejected ratification of the woman suffrage amendment in February 1920. However, fears arose that Delaware, a "Republican state" would get the credit for a Votes for Women victory. That could hurt the Democratic party in the upcoming presidential election. In an attempt to change the narrative, the Democrats in the Mississippi Senate reversed course and reconsidered ratification of the amendment. The vote was a tie. The Lieutenant Governor broke the tie in favor of ratification on March 30, 1920.The Mississippi House of Representatives, unconvinced by the Senate strategy, reconfirmed their vote against ratification the next day.

In November 1920, a ballot initiative to amend the Mississippi state constitution in favor of women's eligibility to vote was put to the voters. But even though by then, woman suffrage had become part of the U.S. Constitution, Mississippi did not allow women to vote. The state amendment was defeated by the male electorate. In 1922, suffragist Nellie Nugent Somerville became the first woman elected to the Mississippi state legislature.

On March 22, 1984, the Mississippi legislature voted to ratify the 19th Amendment, acknowledging that women had been fully enfranchised citizens for sixty-four years.

In 1908, a women’s suffrage convention was held at the Mississippi Governor's Mansion. Six different women’s suffrage clubs attended the gathering. Today, the Governor’s Mansion is a National Historic Landmark and is open for public tours. 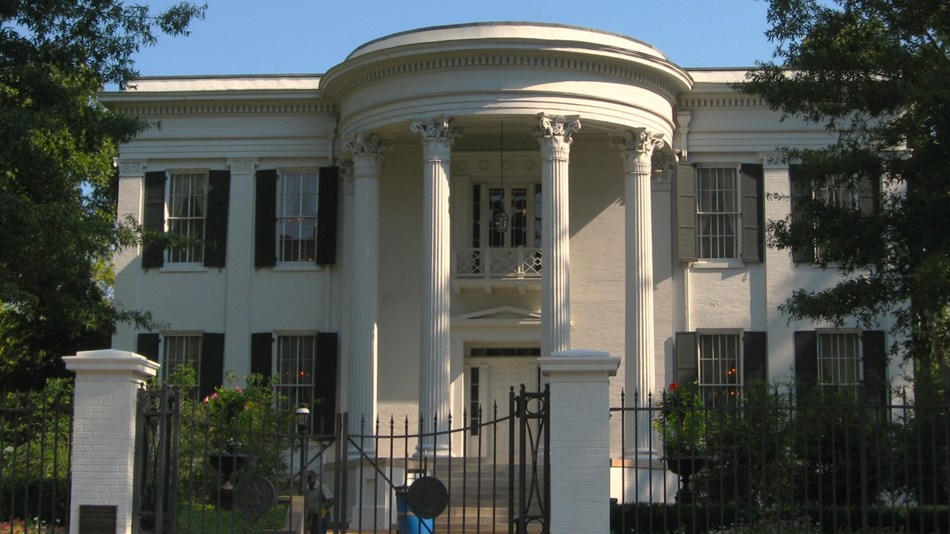 The Governor's Mansion is an important place in the story of ratification. It is a National Historic Landmark.