Juneteenth: A Celebration of Freedom

Juneteenth is the oldest known US celebration of the abolition of the chattel slave system, and the emancipation of enslaved African Americans in Texas. Celebrated on June 19, it became an official national holiday known as Juneteenth National Independence Day by law on June 17, 2021.

The question of slavery divided the nation during the decades leading up to the Civil War. But by September of 1862, President Abraham Lincoln made abolition a formal position of the US government when he announced the Emancipation Proclamation, which declared that enslaved people in states or areas of “rebellion against the United States” would be free effective on January 1, 1863. However, the proclamation was not enforceable in those slaveholding areas for which it applied.

Nevertheless, as Union troops moved through the South, they brought the news of emancipation with them and the ability to enforce the order through military might. Further encouraged by the proclamation, large numbers of enslaved African Americans self-liberated, escaping chattel slavery to seek refuge behind Union lines when geographically feasible. Many of these freedom seekers joined the US Army and Navy to fight as United States Colored Troops throughout the remainder of the Civil War.

Two years later in April 1865, Confederate General in Chief Robert E. Lee surrendered to Commanding General Ulysses S. Grant of the US Army after the Battle of Appomattox Courthouse in Virginia. While this is often viewed as the effective end of the US Civil War, in parts of the Trans-Mississippi West the war had yet to conclude. Well into May 1865, battles between federal troops and Confederate forces continued in Texas. It was not until June 2, 1865, that Confederate General Edmund Kirby Smith finally surrendered the Trans-Mississippi West to US forces.

On June 19, 1865, US Brigadier General Gordon Granger and his troops landed at Galveston, Texas confirming the news that the Civil War had ended and that enslaved African Americans were now free. Prior to Granger’s arrival, the US military presence in Texas was too weak to enforce President Lincoln’s 1863 Emancipation Proclamation. Two months after General Lee’s surrender in Virginia, Union forces were strong enough to act as a liberating force for enslaved African Americans throughout the state.

In the years before Granger’s landing, news of the proclamation was slow to reach Texas, and did not reach some quarters at all. In other places, the news was hidden by slaveholders to preserve slavery. One of Granger’s first acts was to announce freedom for African Americans; many left Texas immediately for the North or to search for family in other slaveholding states. Even freedom seekers with no fixed destination left their place of bondage, if for no other reason than to grasp freedom for the first time.

The Juneteenth celebration grew during the years following the Civil War, with many formerly enslaved African Americans and their descendants making annual anniversary pilgrimages to Galveston.

Although the ratification of the 13th Amendment to the U.S. Constitution in December 1865 ultimately abolished slavery in all areas of the nation, Juneteenth captured the jubilation of the end of slavery in the Confederacy. In 1980, Juneteenth became an official state holiday in Texas and has since been adopted by 45 states and the District of Columbia. 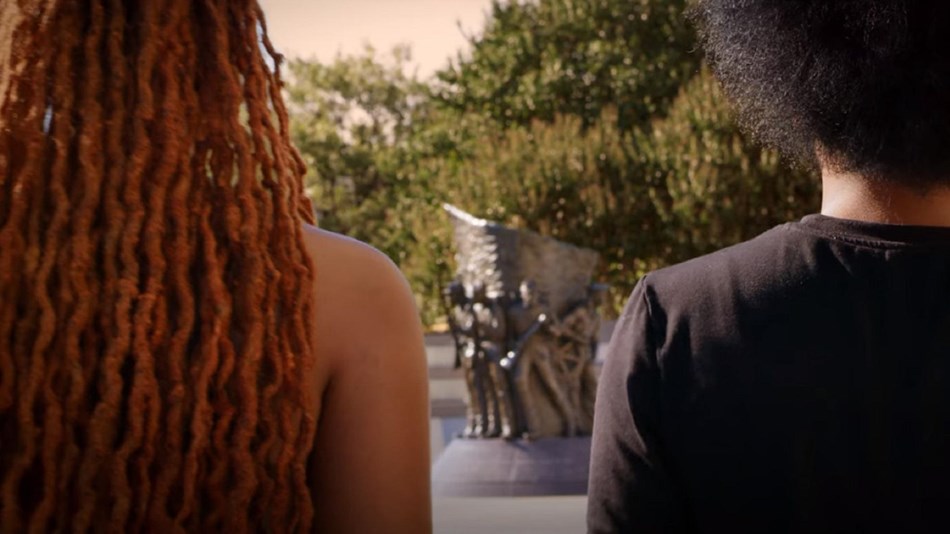 Reflect on 400 years of African American experience through the lens of our nation's iconic places in this short film.