The Legacy of Slavery

As the United States expanded from 13 colonies, the debates over chattel slavery grew—some states came to abolish it, while others refused to untangle their political, economic, and social life from the institution. With the outbreak of the Civil War in 1861, enslaved African Americans saw the war as opportunity to emancipate themselves. When President Lincoln authorized the Emancipation Proclamation, formerly enslaved African American men joined the Union army to fight for the full emancipation of their race. The conclusion of the war in Union victory and the ratification of the 13th, 14th, and 15th Amendments to the US Constitution brought African Americans closer than they ever had been to full citizenship. Nevertheless, the struggle for equality continued. Through our historical resources, the National Park Service tells these stories of African-American perseverance in the face of great adversity. 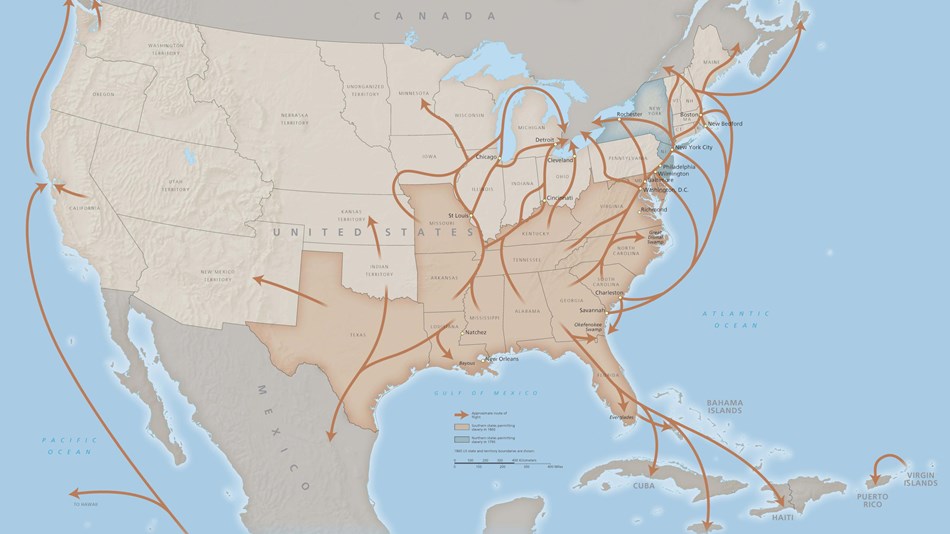 Discover the stories of freedom seekers on the Underground Railroad.