Some women wanted the federal government to recognize their right to vote by passing a constitutional amendment (later known as the 19th Amendment). Other women felt they should focus on getting their state or territory to recognize their right to vote. After Colorado became a state in 1876, it held a referendum on women’s suffrage. A referendum occurs when the people directly vote on an issue. The people of Colorado narrowly voted against recognizing suffrage rights. Some voters, particularly businessmen and saloonkeepers, were afraid that if women could vote, they would ban the sale of alcohol. Known as temperance, this was a popular political issue among women at the time.

In the following decades, organizations such as the Colorado Non-Partisan Equal Suffrage Association sent speakers out to towns across the state. Women also wrote articles explaining the importance of a woman’s right to vote. When another referendum for women’s suffrage was held in 1893, the people of Colorado voted to recognize women’s suffrage rights. Colorado became the first state to enact women’s suffrage by popular referendum.

Even though Colorado women could now vote, they continued to push for national suffrage rights. In June 1919, the US Congress finally passed the 19th Amendment. After Congress approved the 19th Amendment, at least 36 states needed to vote in favor of it for it to become law. This process is called ratification.

On December 15, 1919, Colorado voted to ratify the 19th Amendment. By August of 1920, 35 other states ratified the 19th Amendment, ensuring that across the country, the right to vote could not be denied based on sex.

Located in Denver, the State Capitol Building with its gold-leafed dome, was built between 1886 and 1901. Denver's nickname as "The Mile High City" is based on the building's elevation above sea level, as measured (and marked) on the steps to the western entrance.

It was here that Colorado ratified the 19th Amendment on December 15, 1919. The State Capitol building was listed on the National Register of Historic Places on February 27, 1974 and designated a National Historic Landmark on October 16, 2012. The building is open to the public.

Owned by lawyer and newspaper publisher Thomas Patterson, the mansion was home to Thomas, his wife Katherine, and his daughter Margaret. Educated at Bryn Mawr College, Margaret was active in Denver women’s clubs, including the Women’s Press Club. She was also active in the the National American Women’s Suffrage Association and the National League for Women’s Service. The Croke-Patterson-Campbell House is listed on the National Register of Historic Places and is currently home to the Patterson Inn. 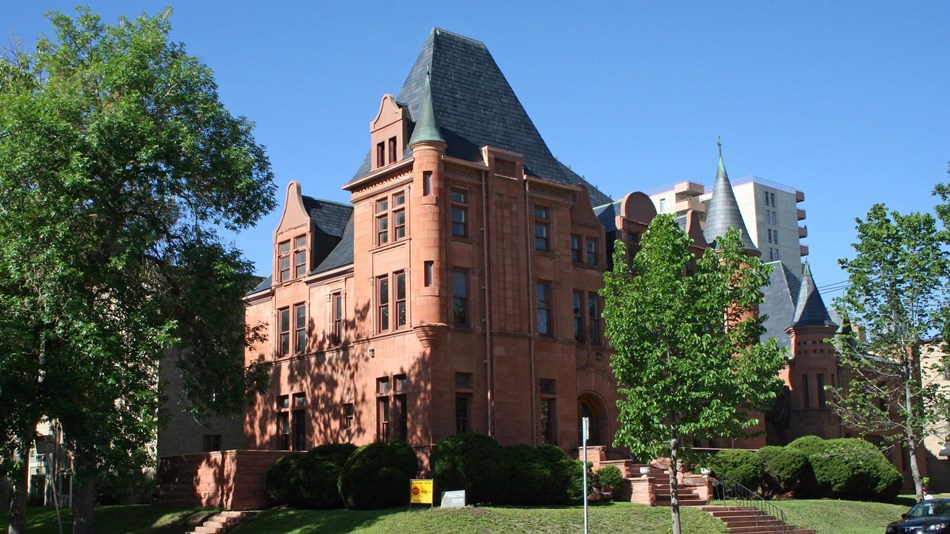 The Croke-Patterson-Campbell House is an important place in the story of ratification. It is listed on the National Register of Historic Pla