Arizona became a territory of the US in 1863 and was not a state during the early days of discussions about a federal amendment enfranchising women. Suffragists in the Arizona territory worked to build support for women’s right to vote and lobby the territorial government. They were successful in getting woman suffrage bills introduced several times in the 1880s, but each was defeated in the legislature. Josephine Brawley Hughes created the first women’s suffrage organization in 1891 as the push for Arizona statehood began. She was joined by other women such as Frances Willard Munds. Hughes, Munds, and other suffragists campaigned for women’s right to vote to be included in the new state constitution. President Benjamin Harrison rejected Arizona’s bid for statehood and the constitutional protection of woman suffrage was no longer available.

Munds eventually became the leader of the Arizona Suffrage Association in the early 1900s. She reached out to Mormon women in the territory – something other groups refused to do. Mormons were often discriminated against due to their religion. But Munds recognized the importance of Mormon women in the fight for suffrage.

They came close to success when the territorial legislature passed a suffrage bill in 1903, but Governor Alexander Brodie vetoed it. Brodie also objected to the idea of including women as eligible voters in a proposed state constitution, fearing that including suffrage would hurt Arizona’s chance for statehood.

Arizona became a state on February 14, 1912. Suffragists pushed for a woman suffrage initiative to be put to the voters right away. In November 1912, the Arizona male electorate voted overwhelmingly in favor of enfranchising women. Arizona was the tenth state in which women won full voting rights.

After decades of arguments for and against women's suffrage, the US Congress finally approved the 19th Amendment in June 1919. After Congress passed the 19th Amendment, at least 36 states needed to vote in favor of it for it to become law. This process is called ratification.

On February 12, 1920, Arizona voted to ratify the 19th Amendment. By August of 1920, 36 states (including Arizona) ratified the amendment, ensuring that the right to vote could not be denied based on sex.

In 1899, Arizona suffragists proposed a women's suffrage bill to the territory legislature. The proposed suffrage bill was put to a vote at the Capitol Building in Phoenix. While the bill was approved in the lower house, it was rejected by the Senate. As a result, women were left without the vote. Over the next several decades, Arizona women worked even harder to secure the right to vote. They were successful in November 1912 with the voters directly, not with the legislature. The State Capitol is listed on the National Register of Historic Places and is open for tours by appointment. 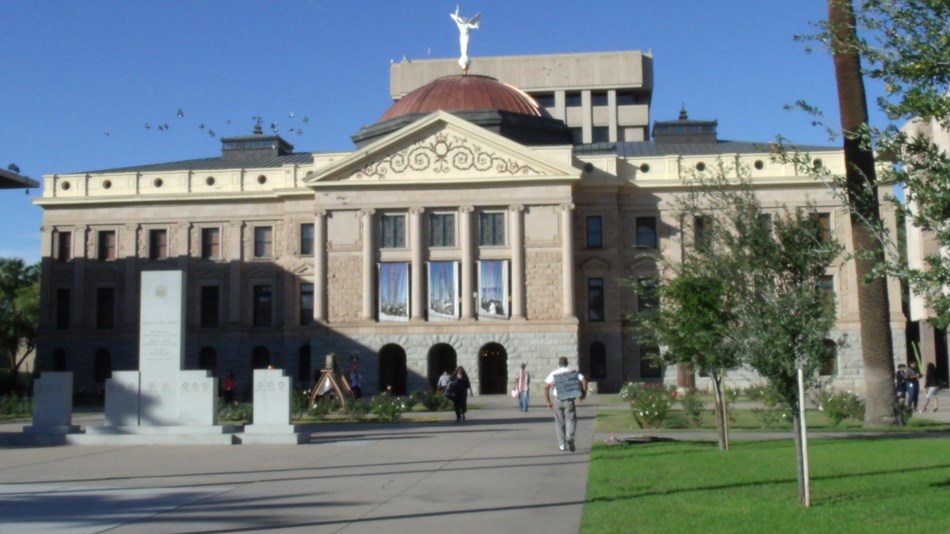