After decades of arguments for and against women's suffrage, Congress finally passed the 19th Amendment in June 1919. At least 36 states still needed to vote in favor of it for it to be added to the Constitution and become law. This process is called ratification. In August of 1920, 36 states ratified the 19th Amendment, ensuring that the right to vote could not be denied based on sex.

As Alaska did not become a state until 1959, it was unable to vote for or against the 19th Amendment. But the Alaska territory granted women full voting rights in 1913 – seven years before the 19th Amendment was ratified.

Be it enacted by the legislature of the Territory of Alaska: That in all elections which are now, or may be hereafter authorized by law in the Territory of Alaska, or any subdivision or municipality thereof, the elective franchise is hereby extended to such women as have the qualifications of citizenship required of male electors.

The requirements for male voters at the time were: be over 21 years of age; be an Alaska resident for one year; and be an American citizen. While many of Alaska's Black residents met these qualitifcations, it is unclear how many voted. Because Alaska Natives were not considered American citizens at the time, Indigenous women continued to be excluded from the ballot box.

Activists from the Alaska Native Brotherhood and Sisterhood advocated for Native suffrage rights. In 1915, the Alaska Territorial Legislature recognized the right of Indigenous people to vote if they completed a complex process to give up tribal customs and traditions. In 1924, Congress passed the Indian Citizenship Act that allowed citizenship for Native Americans. In 1925, the Alaska Territorial Legislature passed the Alaska Voters Literacy Act that required voters be able to speak and read English. This excluded non-English speakers, including many Alaska Natives, from voting. It was not until 1965, that the passage of the Voting Rights Act eliminated poll taxes, literacy tests, and other barriers to voting experienced by Native Americans, Native Alaskans, Asian Americans, and African Americans.

This was the home of Governor Walter Clark, Territorial Governor of Alaska, when the Legislature passed the 1913 law giving some Alaskan women access to the ballot. The Governor's Mansion is listed on the National Register of Historic Places. It is not open to the public. 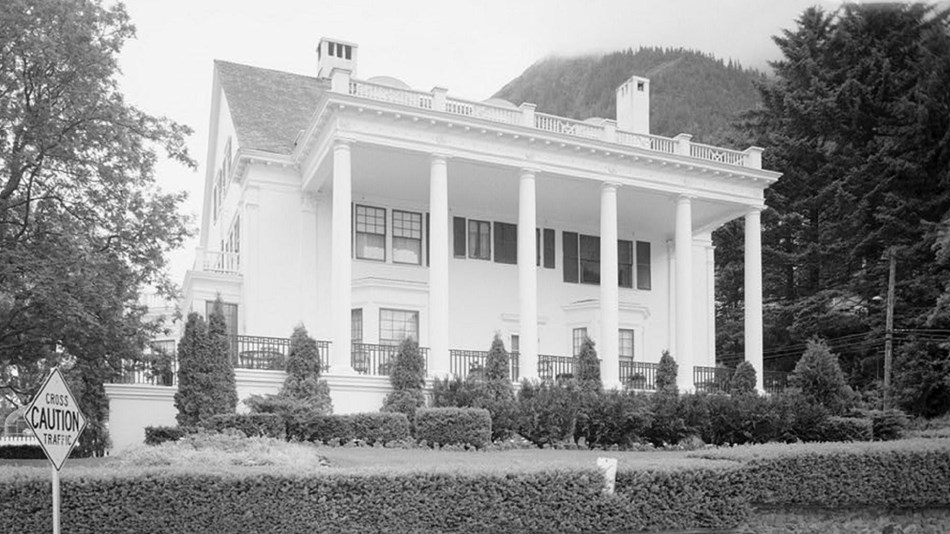 The Governor's Mansion is an important place in the story of ratification. It is listed on the National Register of Historic Places.

Sources used to make these state pages include: Ida Husted Harper's History of Woman Suffrage: 1900-1920, Volume 6 (1922), the National American Woman Suffrage Association papers (Library of Congress), "Alaska's Suffrage Star: Alaska Women and the Vote in the 1910s and 1920s" by the Alaska State Library and Archives, and National Register nominations from the National Park Service.