Trees reduce the amount of carbon in the atmosphere by sequestering carbon in new growth every year. As a tree grows, it stores more carbon by holding it in its accumulated tissue. The amount of carbon annually sequestered is increased with the size and health of the trees. Open-grown, maintained trees, which are common in urban areas, tend to have less biomass than trees naturally growing in forested areas.

As a tree dies and decays, it releases much of the stored carbon back into the atmosphere. Thus, carbon storage can also be thought of as the amount of carbon that can be released if trees are allowed to die and decompose. Trees can also indirectly influence the amount of carbon dioxide emissions by regulating the temperatures of buildings and thus affecting energy use.

Carbon storage and sequestration benefits are closely tied to the area of the park that is forested and less impacted by a park’s surroundings. In total, the NCA forests analyzed take up about 33.9 thousand metric tons of carbon in new growth every year. To calculate current carbon storage, biomass for each tree was calculated by the i-Tree programs. Carbon sequestration is gross, not net amounts. 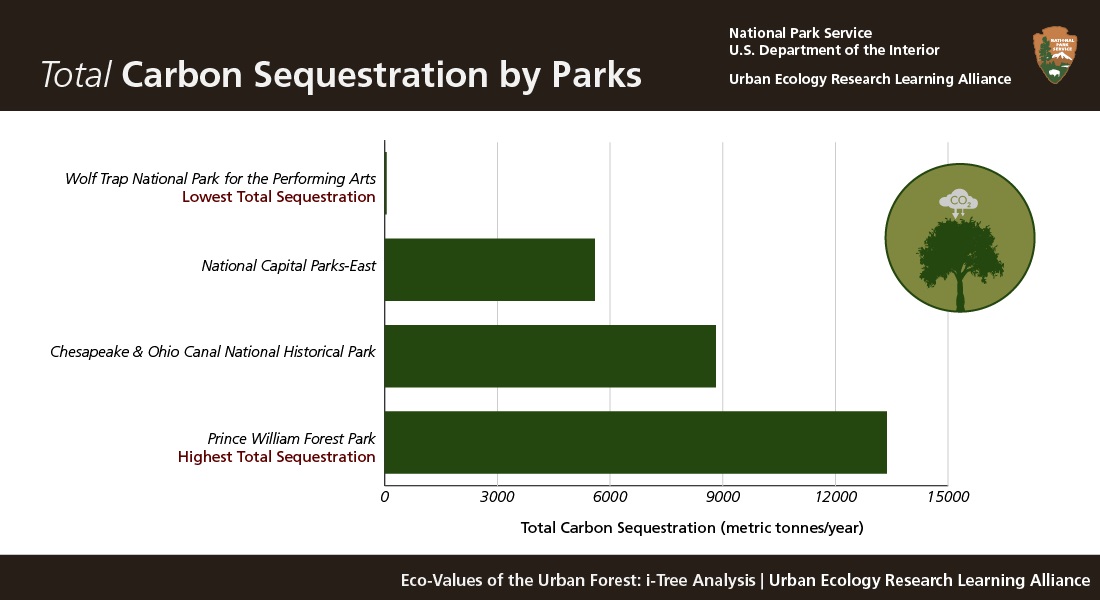 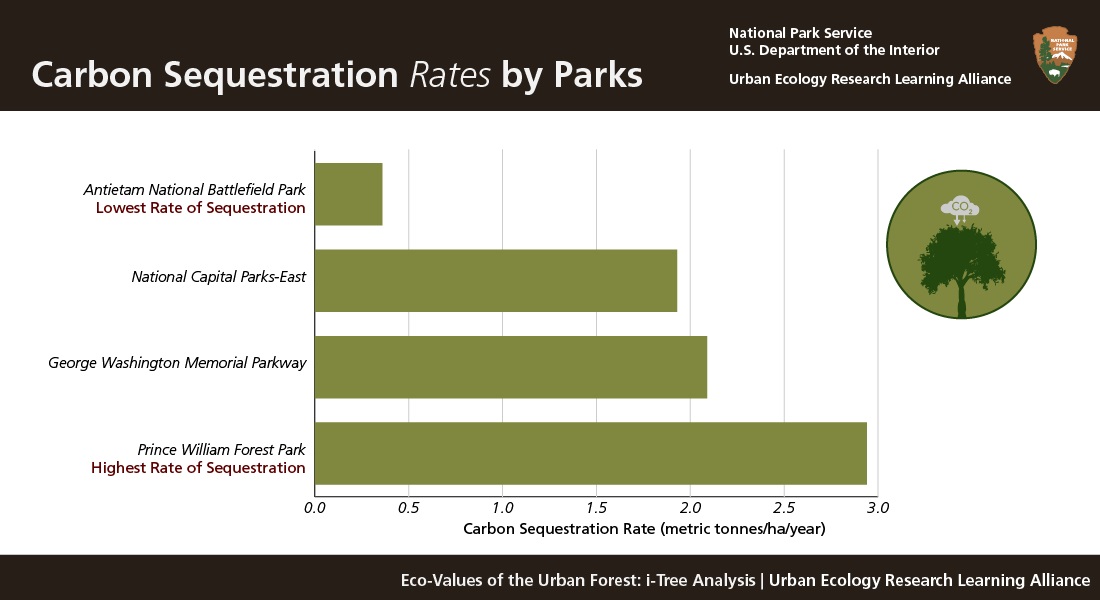 Your Parks Have Climate Stories

While trees can influence climate change for the better, climate change is simultaneously impacting the health of trees and other plants. Your Parks Have Climate Stories is a UERLA project that explores those and other climate impacts in our regional national parks.