Evacuation Day on the Heights

Commemorating the Past
Investing in the Future

Join the National Parks of Boston, the South Boston Citizens' Association, and local & national leaders for this commemoration and special announcement. 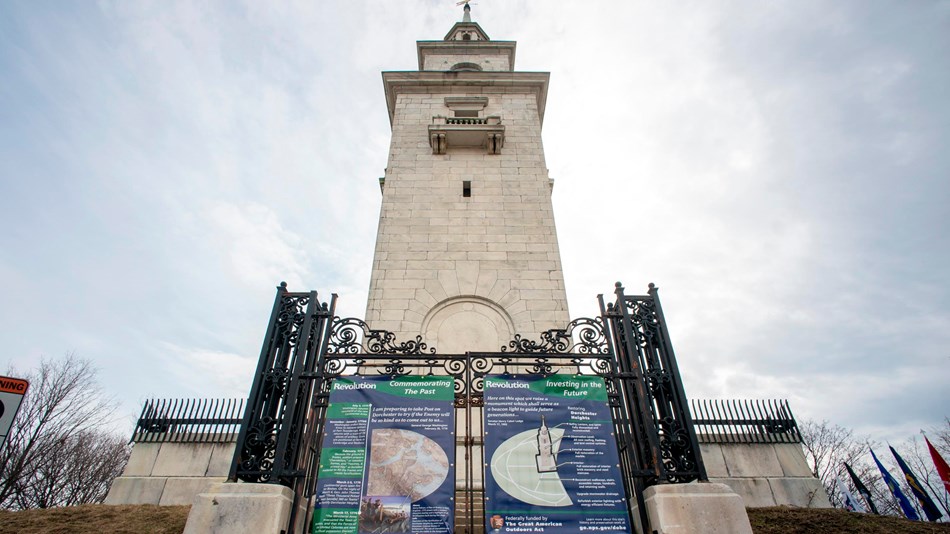 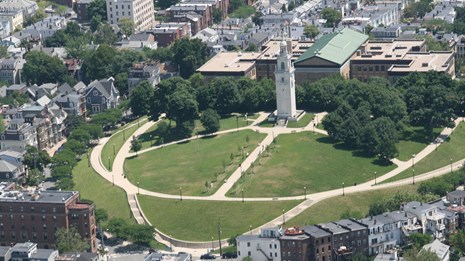 Learn about the multimillion-dollar restoration of the Dorchester Heights Monument with funding from the Great American Outdoors Act (GAOA). 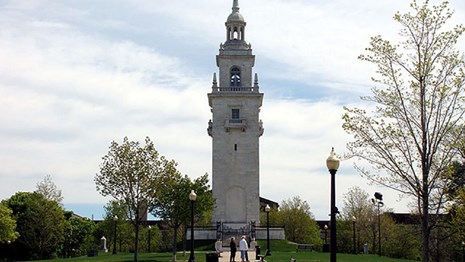 Learn more about the restoration project at this national and local site.

About National Parks of Boston

The National Parks of Boston is a collection of three National Park Service sites – Boston National Historical Park, Boston African American National Historic Site, and Boston Harbor Islands National and State Park. Established by individual legislation and for designated purposes, the three units have come together under a unified organizational umbrella to collaborate in ways that celebrate our cultural heritage, reconnect people to history and nature, and provide outdoor recreation opportunities on land and on the water. For more information, visit: www.nps.gov/bost, www.nps.gov/boaf, and www.bostonharborislands.org.

Here's the story behind the new Middle Passage marker at Long Wharf (boston.com)

Over the span of three decades, Superintendent Creasey has blended his background in planning, public lands management and academia to serve in a variety of leadership positions with the National Park Service.

In 2010, he took a sabbatical and attended Harvard University Graduate School of Design as a Loeb Fellow where he concentrated on leadership, urban planning and public policy.

Prior to coming to Boston, Superintendent Creasey was the Director of the NPS Stewardship Institute and Superintendent of the Marsh, Billings Rockefeller National Park in Woodstock, Vermont. The Park and Institute convened park practitioners that explored innovative approaches for land conservation, environmental leadership and civic engagement. Creasey and his team were the architects of the NPS Urban Agenda that defined a strategy for designing 21st century parks and reaching more diverse constituencies and making parks relevant to all Americans.

He has also served as the Superintendent of Lowell National Historical Park in Massachusetts; the Commissioner for the National Parks of New York Harbor, overseeing ten national parks within the metro region of New York City and New Jersey; the Executive Director of the Blackstone River Valley National Heritage Corridor in Rhode Island and Massachusetts - a bi-state partnership aimed at environmental restoration, historic preservation and recreation development; as Project Manager on the Los Caminos del Rio Heritage Project, a complex and collaborative planning effort along the lower 200 miles of the Rio Grande River in Mexico and Texas and; as a Park Planner for the NPS where he developed plans for new national parks and heritage areas in Pennsylvania, Virginia, Maryland, West Virginia and New Jersey. His early rangering years included stints as a river ranger, mounted patrol, backcountry ranger, and educator.

Prior to this, Vietzke served as superintendent of the National Mall and Memorial Parks in Washington, DC -- one of the most iconic landscapes of commemoration in the nation. From 2011 to 2015, Vietzke served as the Northeast Region’s Deputy Regional Director, directly supervising park superintendents and providing leadership to regional programs in Park Operations, Resource Stewardship, Partnerships and Communications. From 2005 to 2011, Vietzke was the superintendent of Fort McHenry National Monument and Historic Shrine in Baltimore, MD and Hampton National Historic Site in Towson, MD. Earlier she served as Superintendent of Sagamore Hill National Historic Site and held positions at several other NPS parks units. She holds a BA from the University of Connecticut and an MS from the University of Pennsylvania.