The National Parks and Public Lands Legacy Restoration Fund (Legacy Restoration Fund) established by the Great American Outdoors Act provides the National Park Service with up to $1.3 billion each year for five years, or $6.5 billion total, to address extensive and long overdue maintenance needs. The network of roads, trails, restrooms, water treatment systems, and visitor facilities in national parks is aging and often exceeds the capacity for which it was designed.

This is an extraordinary opportunity for crucial investments in our nation’s most meaningful landscapes. The projects address key climate and environmental threats, upgrade trails, roads and buildings, support local economies, and leverage partnerships. The historical, natural, recreational and educational features in national parks are being protected and preserved for the use and enjoyment of current and future visitors.

In Fiscal Year 21, GAOA provided approximately one billion dollars for 83 projects in 31 parks in 26 states, the District of Columbia, and Puerto Rico. View fiscal year 2021 and 2022 Legacy Restoration Fund projects.

The 2022 budget outlines plans to spend $1.25 billion on 36 large projects in 14 states, including major road rehabilitation in six parks and water system upgrades in 11 parks. View the data sheets of the 2022 projects. 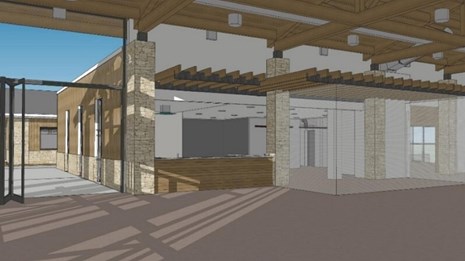 Take a closer look at GAOA's Legacy Restoration Fund's individual projects as they get underway. 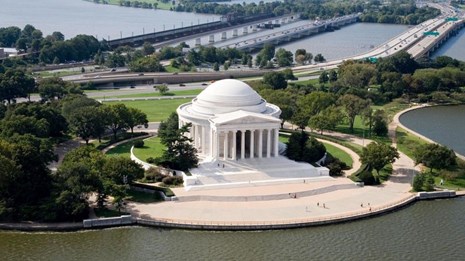 Members of the media can find news releases about GAOA and specific projects related to National Park Service parks and programs.

Alternative Text for the Graphic

The image is an infographic titled "Great American Outdoors Act Delivering Benefits to You". It includes various national park-related illustrations including a backpacker and visitor in a wheelchair on a trail to a historic building, a hiker climbing a forested trail near a mountain range, and an eagle soaring above the mountains and sunset. Text throughout the graphic reads:

"The Great American Outdoors Act authorizes up to $1.3 billion per year from FY 2021 - FY 2025 for crucial infrastructure investments."

"These funds and projects help revitalize your national parks and generate billions in economic activity in communities across the nation by: supporting 43,700 jobs, creating $3 billion in labor market, and contributing $4.7 billion to the nation's gross domestic product."

GAOA Projects at a Glance

These projects provide a sample of those initiated in national parks throughout the country in 2021. See below for complete lists of 2021 and 2022 National Park Service GAOA projects.

Fiscal Year 2021 (October 2020-September 2021) National Park Service Great American Outdoors Act projects are listed below. They can be sorted by park name, state, or estimated funding amount in millions. View the data sheets of the 2021 projects.

GAOA’s Legacy Restoration Fund is the largest funding source available to the National Park Service for major maintenance and construction. It addresses necessary large-scale projects on a level that could not be met through usual funding sources.

The project selection criteria include:

Alternative Text for the Image

Information provided by a color-coded key indicates states are grouped in the following dollars-received amounts: