Melrose Courtyard seen from the backyard of the Estate, ca. 1901. NPS
The same courtyard in 2011. NPS

Melrose Estate is an outstanding example of the suburban villas built by wealthy cotton planters in Natchez, Mississippi, during the decades before the Civil War. John T. McMurran developed this property in the 1840s and lived there with his family until shortly after the Civil War. The McMurrans sold Melrose in 1866 and after subsequent changes in ownership, it became a part of Natchez National Historical Park in 1990. 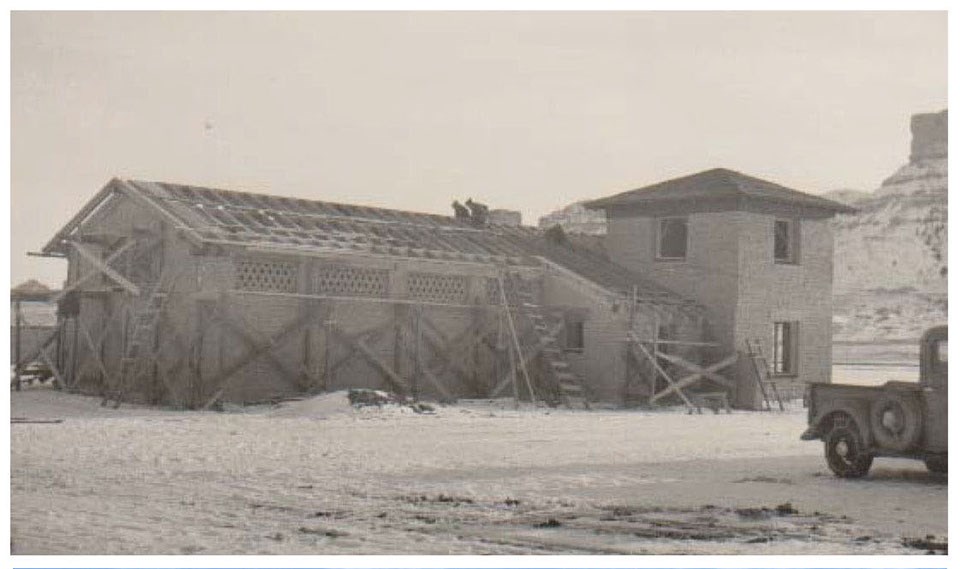 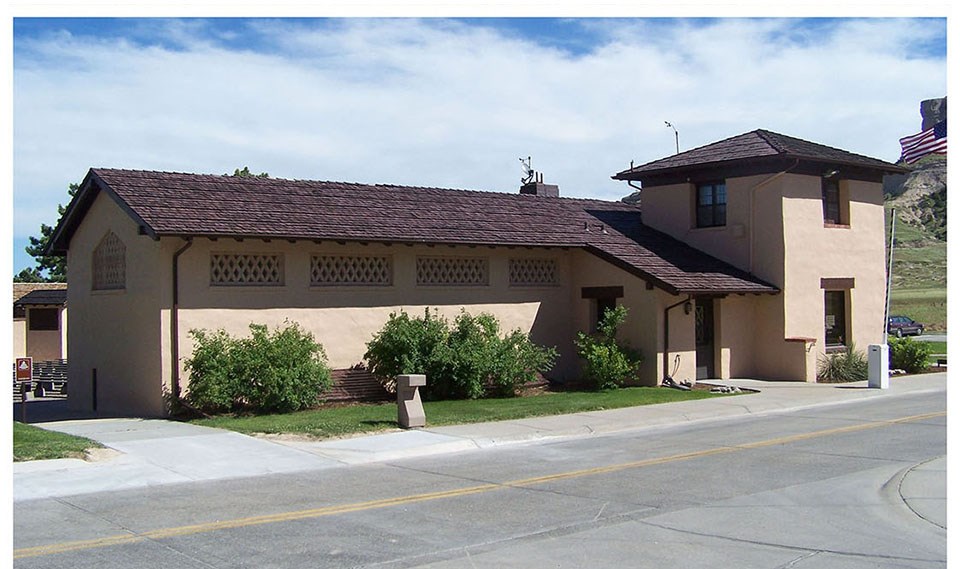 Oregon Trail Museum/Visitor Center during construction in 1937. NPS
The same Visitor Center at Scotts Bluff National Monument in 2014. NPS
Since its establishment as a National Monument in 1919, Scotts Bluff was largely undeveloped until federal funding was available through New Deal programs initiated by President Franklin Roosevelt. From 1933 until 1939, Scotts Bluff was shaped by various programs of the New Deal, which created distinctive architecture and unique characteristics of construction.

During the arduous, four-year task of constructing the Summit Road, the first permanent buildings associated with the National Park Service were erected at Scotts Bluff.  A Civilian Conservation Corps (CCC) camp was established at the monument in 1935 and was soon filled with enrollees. The CCC began manufacturing thousands of adobe brick to build the Oregon Trail Center (designated simply as the Visitor Center by 1956).

The stucco clad Mission/Spanish Colonial Revival style of architecture constructed by the CCC during the New Deal era was subsequently mimicked during later building campaigns at Scotts Bluff National Monument. During the Mission 66 campaign, a federally sponsored program that ushered in the modern streamlined visitor center, Scotts Bluff continued to use the architectural style established during the New Deal. 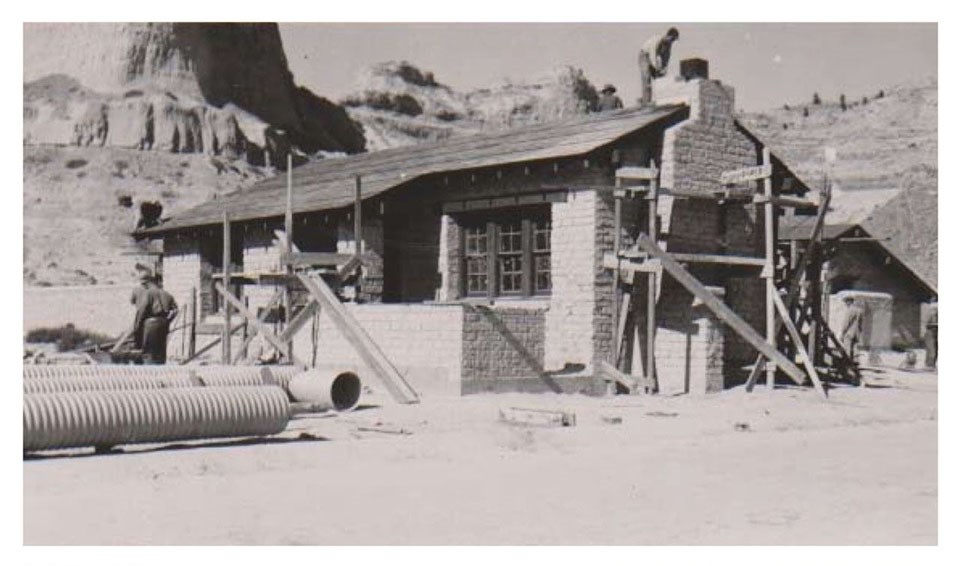 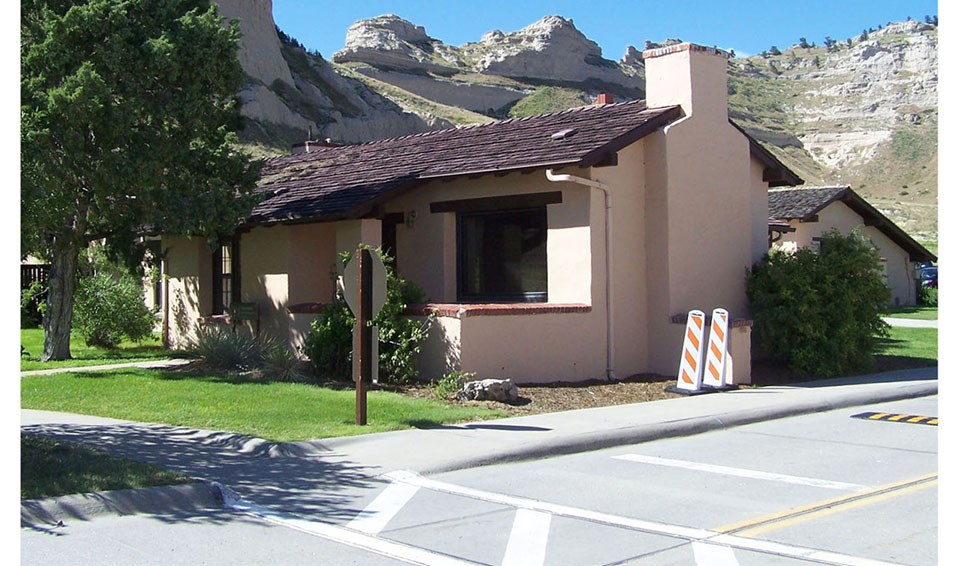 The Ranger Residence/Office during 1937 construction. NPS
The same structure at Scotts Bluff National Monument in 2014. NPS
After the completion of the Oregon Trail Museum in 1935, a Ranger’s Residence was built in 1937. Currently used as an office, the residence contained two bedrooms and one bathroom. In 1949, a third bedroom and laundry room were added on the northwest corner.