Wolves are good indicators of long-term ecosystem changes, since they depend on healthy populations of prey species. Alaska is home to an estimated 7,000 to 11,000 wolves. Wolf packs vary in size and range between Alaska's parks, for example, sometimes wolves disperse between Denali National Park and Preserve and Yukon-Charley Rivers National Preserve.

National Park Service researchers monitored wolf population dynamics for 22 years (1993–2014) in order to assess how two large-scale wolf control programs, which had the primary goal of increasing the size of the Fortymile caribou herd, affected a wolf population located within the adjacent protected area of Yukon-Charley Rivers National Preserve. The study is one of only four in North America conducted for this length of time.

The study found that during periods when wolf control programs were implemented, wolf survival rates in the national preserve were lower than usual even though the preserve encompasses 2.7 million acres and wolf control activities are prohibited in the preserve (and on other lands managed by the National Park Service). Other measures of population dynamics (dispersal, births and deaths) are also substantially different during years of wolf control. 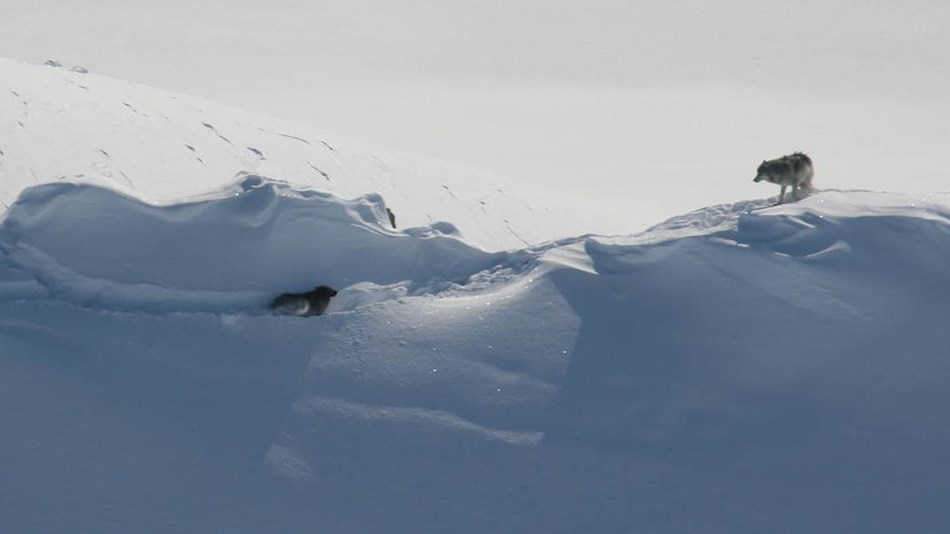 Both Denali National Park and Yukon-Charley Rivers National Preserve have the longest-running wolf monitoring programs in the world.

Learn more about wolves in Alaska