On January 27, 1920, Wyoming voted to ratify the 19th Amendment. By August of 1920, 36 states (including Wyoming) ratified the amendment, ensuring that the right to vote could not be denied based on sex. But did you know that women in Wyoming already had the right to vote? In fact, Wyoming was the first territory or state in our nation's history to grant women the right to vote.

When Wyoming was still a territory, legislators passed the Wyoming Suffrage Act of 1869. This act gave women in the territory the right to vote. Lawmakers had different motives for supporting this act. Some wanted to bring more women to the sparsely populated territory. Others understood that women played an integral role in life on the frontier. As a result, some Wyoming legislators felt women should have a say in how the territory was run.

When the territory became a state in 1890, women retained the right to vote.

The state capitol building in Cheyenne features a bronze statue of Esther Hobart Morris. She was the first female justice of the peace in the United States. She presided over dozens of cases while in office. The state of Wyoming legalized women’s suffrage in 1869. As a Wyoming resident, Morris could vote, but she continued to fight for suffrage rights for all American women. She was also vice-president of the National American Woman Suffrage Association. The Wyoming State Capitol Building is listed on the National Register of Historic Places. 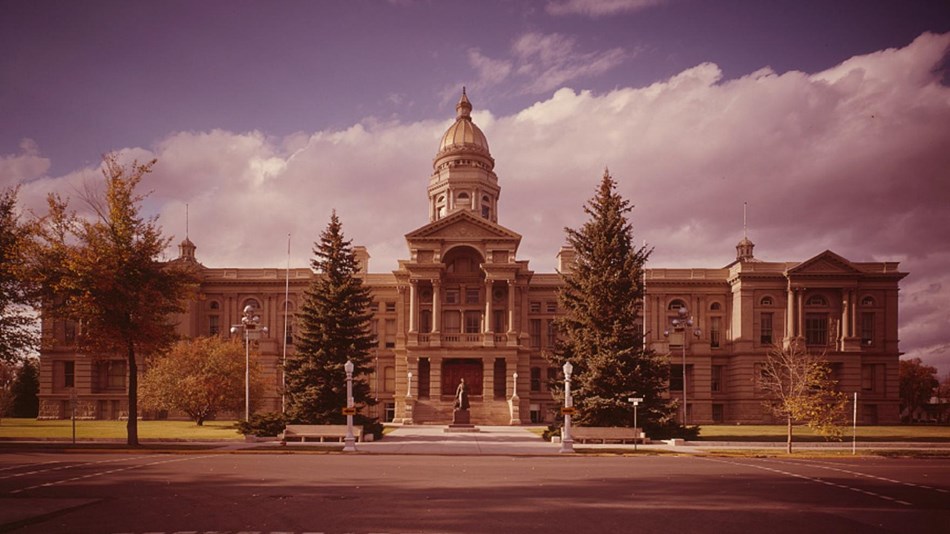