Although progress on the federal amendment stalled, women also campaigned for changes to state suffrage requirements to win the vote. An 1869 Wisconsin law allowed women to run for school board positions. The Wisconsin Woman Suffrage Association (WWSA) successfully lobbied for legislation that allowed women to vote in elections related to school issues in 1884. By 1887, court decisions had effectively nullified the school suffrage law. Wisconsin suffragists, including Bella Case LaFollette, wife of Governor Robert LaFollette, convinced the legislature to restore school suffrage by 1901. Despite the dedicated efforts of the WWSA, successive attempts to expand women's right to vote for other elective offices failed. Even more disappointing, the legislature eliminated an elected board of education in 1913, disfranching Wisconsin women completely and taking away the positions many women had held in school governance.

That same year, a new push for an amendment to the U.S. Constitution enfranchising women began with the 1913 Suffrage Procession on the day before Woodrow Wilson's presidential inauguration. Wisconsin women joined the fight for passage of the amendment. WWSA leader Jessie Jack Hooper was among the thousands of women who marched on the Republican National Convention in Chicago in June 1916 through a terrible rainstorm to petition the Republican Party to support the women's suffrage amendment.

On June 10, 1919, Wisconsin became one of the first states to vote in favor of ratifying the 19th Amendment. By August of 1920, 36 states had ratified the amendment, recognizing women's suffrage rights.

While women were not always united in their goals, and the fight for women’s suffrage was complex and interwoven with issues of civil and political rights for all Americans, the efforts of women like Jessie J. Hooper led to the passage of the 19th Amendment. It went into effect on August 26, 1920, but most women of color continued to be denied the vote for years and even generations.

The work of Wisconsin women like Jesse J. Hooper was responsible for winning support for the national suffrage amendment in the state. Born in 1865 in Iowa, she relocated to Wisconsin after marrying Ben Hooper. She became active in the fight for women’s suffrage rights and became a member of the National American Woman’s Suffrage Association (NAWSA). After passage of the 19th Amendment, NAWSA became the League of Women Voters and Hooper was the first president of the Wisconsin branch. In 1922, Hooper ran for a seat in the U.S. Senate but lost to Robert LaFollette. Her house is a private residence and is listed on the National Register of Historic Places. 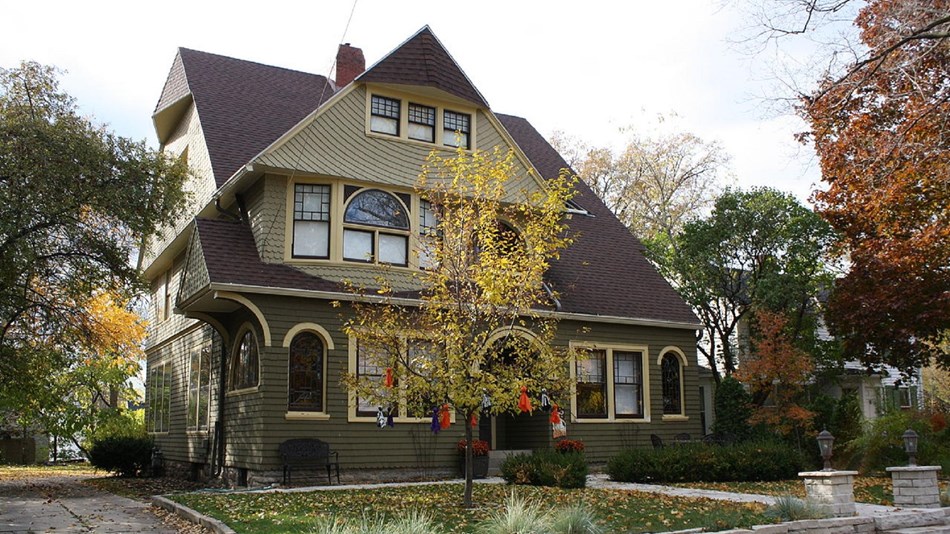 The Jesse J. Hooper House is an important place in the story of ratification. It is listed on the National Register of Historic Places.