By August of 1920, 36 states (not including Vermont) ratified the amendment. The 19th Amendment became US law, ensuring that all across the country, the right to vote could not be denied based on sex.

Vermont showed its support for women’s suffrage by ratifying the amendment on February 8, 1921.

There were a number of women’s suffrage organizations in Vermont in the early 1900s. Vermont suffragists held a convention each year in a different town. The 1914 convention was held at the City Hall in Burlington. Taking place over two days from November 4-5, the city hall was crowded with participants every evening. Women from Vermont and neighboring states attended. Notable speakers included Beatrice Forbes Robertson Hale from New York and Maud Wood Park of Boston. The City Hall and Park District is listed on the National Register of Historic Places. 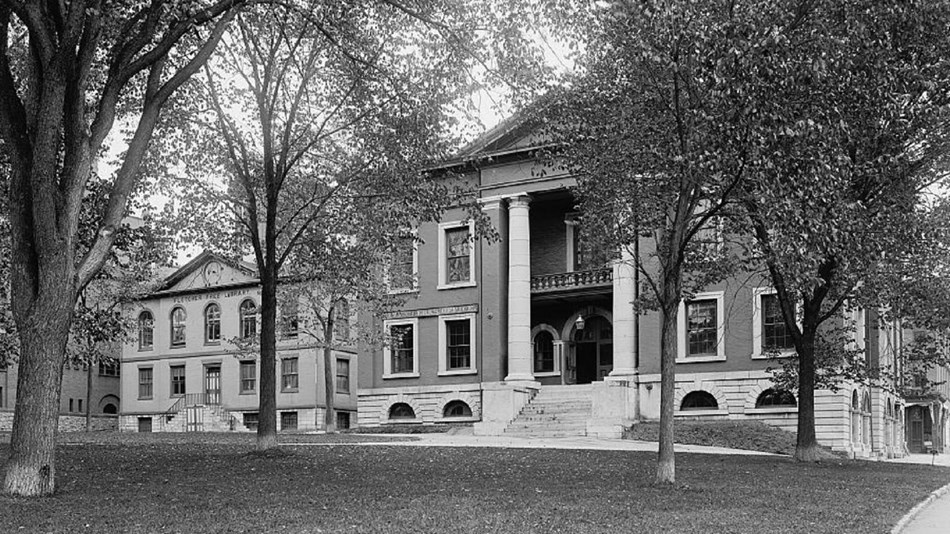 City Hall Park Historic District is an important place in the story of ratification. It is listed on the National Register of Historic Place