As in many states in New England, the women’s rights movement in Rhode Island had its origins in the abolitionist movement. Although they could not serve in leadership positions, women who participated in anti-slavery organizations were able to make their voices heard. In meetings, their votes were recorded along with the men’s.

Paulina Wright Davis of Providence began her career in political activism through her involvement in anti-slavery movement. She also became a lecturer on women’s health issues. Davis was one of the organizers of the first National Woman's Rights Convention in Worcester, Massachusetts, in 1850. She started a woman’s rights newspaper called The Una in 1853. After the Civil War, she co-founded the Rhode Island Woman Suffrage Association. Through their activism, women were able to win enough support in the Rhode Island legislature to pass a state constitutional amendment in April 1887. When put to the voters during the election that same month, the amendment was defeated by a wide margin.

Women suffragists in Rhode Island were unsuccessful in winning the vote in their state. However, women began taking advantage of a loophole in the state constitution which did not specifically exclude them from serving on school committees. Women ran for these positions starting in 1873. The next year, three women won elected positions. Women continued to serve on school committees for many decades before they could cast a ballot.

In the twentieth century, many Rhode Island women turned their efforts towards passing a federal suffrage amendment. Alva Belmont often hosted suffrage gatherings at the Marble House mansion in Newport. She became the primary benefactor of the work of Alice Paul, who organized the Congressional Union for Woman Suffrage (CU) which later became the National Woman’s Party (NWP). Belmont helped finance the CU/NWP campaigns which focused exclusively on passing the amendment using increasingly confrontational tactics. Mildred Glines became the chairman of the Rhode Island branch of the NWP and was instrumental in lobbying the US Senators from her state to vote for the amendment.

On January 6, 1920, Rhode Island voted to ratify the 19th Amendment. By August of 1920, 36 states (including Rhode Island) ratified the amendment, ensuring that the right to vote could not be denied based on sex.

Oak Glen was the home of Julia Ward Howe. While best known for writing the “Battle Hymn of the Republic,” Howe also helped found the American Woman Suffrage Association. Her house is listed on the National Register of Historic Places and is a private residence. 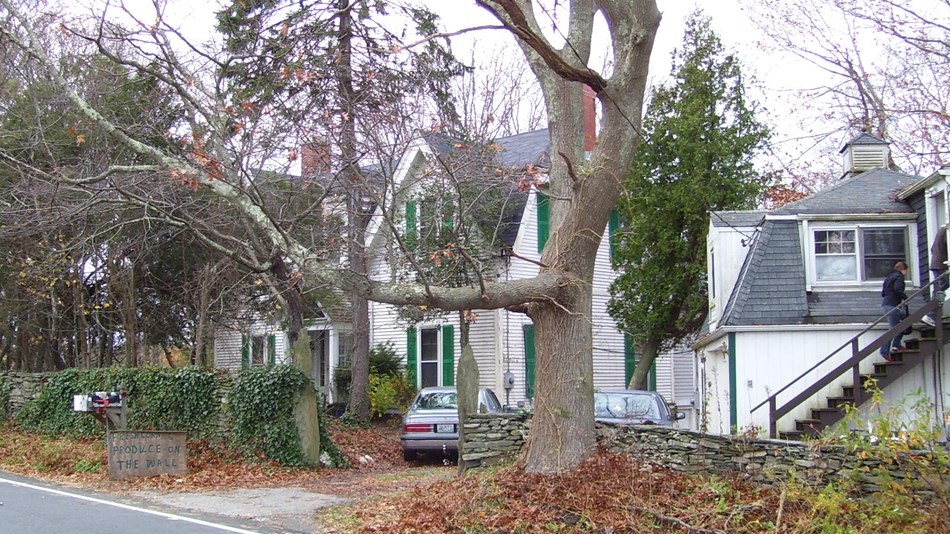 Oak Glen is an important place in the story of ratification. It is listed on the National Register of Historic Places.