Oregon played an important role in the fight for women’s suffrage rights as it was one of the few states to recognize women’s voting rights before the passage of the 19th Amendment. Oregon woman organized on the issue of suffrage in the early 1870s. Suffragist Abigail Scott Duniway arranged for Susan B. Anthony to tour the Pacific Northwest in 1871. Anthony’s visit created heightened energy around the issue of suffrage and led to the establishment of a number of local and state suffrage organizations, including the Oregon Woman Suffrage Association.

In addition to forming organizations, women also individually advocated for suffrage rights. For example, Duniway and other suffragists, including Maria Hendee, M.A. Lambert, and Mrs. Beatty, an African American woman, tried to vote in the 1872 president election. While their votes were not counted, they brought local and national attention to the women’s suffrage movement.

Like women in other states, Oregon women sought to have their voting rights recognized at the local, state, and national level. Many suffrage organization put their energy toward pressuring the state government to recognize women’s voting rights. The Oregon Equal Suffrage Association was able to secure a constitutional amendment for equal suffrage on Oregon’s ballots in 1884, 1900, 1906, 1908, 1910, and 1912. With the state amendment for equal suffrage on the ballot, men in Oregon were able to vote on whether or not to recognize women’s suffrage rights. It wasn’t until 1912 that a majority of men voted to recognize a woman’s right to vote in Oregon.


Oregon was similar to how it played out in many other states in that Oregon women sought suffrage at the local, state, and national level. Many state suffrage organization sought to pressure their state government to recognize women’s suffrage rights.

While women in Oregon could vote after 1912, women in other states did not have the same rights. Due to high profile parades, protests, and pickets demanding a Constitutional Amendment recognizing women’s suffrage rights, Congress ratified the 19th Amendment in June of 1919. After Congress approved the amendment, at least 36 states needed to vote for it. On January 13, 1920, Oregon voted to ratify the 19th Amendment. By August of 1920, 36 states (including Oregon) ratified the amendment, ensuring that the right to vote could not be denied based on sex. 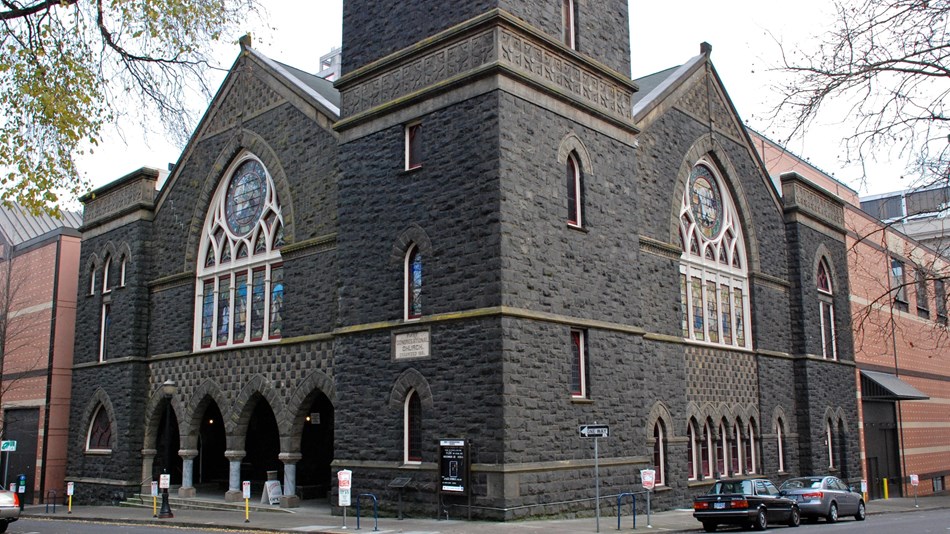 The First Congregational Church is an important place in the story of ratification. It is listed on the National Register of Historic Places