Ohio women formed suffrage and equal rights organizations shortly after the Civil War. They won the vote in board of education elections in 1894, but faced many defeats over the years in their efforts to expand suffrage for women. Harriet Taylor Upton, mentored by Susan B. Anthony, became a leading advocate in Ohio for women's suffrage. She worked in statewide campaigns for the vote as well as national efforts to support an amendment to the Constitution enfranchising women. She served as the treasurer for the National American Woman Suffrage Association (NAWSA).

After decades of arguments for and against women's suffrage, Congress finally passed of the 19th Amendment in 1919. After Congress approved the 19th Amendment, at least 36 states needed to vote in favor of it for it to become law. This process is called ratification.

On June 16, 1919, Ohio voted to ratify the Nineteenth Amendment. In addition, the legislature also passed a bill ensuring Ohio women's right to vote in the upcoming presidential election in November 1920, in case the amendment was not in effect nationally by then. As it turned out, by August of 1920, 36 states (including Ohio) ratified the amendment and it became part of the U.S. Constitution, ensuring that the right to vote could not be denied based on sex.

The states played an essential role in the ratification of the 19th Amendment. One Ohio woman who helped in the fight for suffrage was Harriet Taylor Upton. She was a suffragist from Ohio. The National American Woman Suffrage Association temporarily had its headquarters in her house from 1903 to 1905. The house is a National Historic Landmark and is open for public tours. 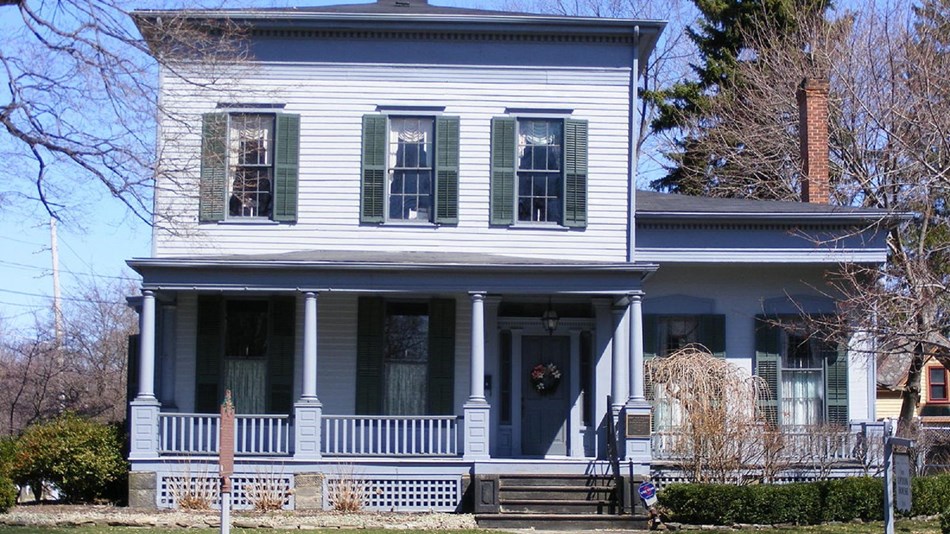 The Harriet Taylor Upton House is an important place in the story of ratification. It is designated as a National Historic Landmark.