Although progress on the federal amendment stalled, women also campaigned for changes to state suffrage requirements to win the vote. Nebraska had a long history of wrestling with the issue of woman suffrage. Amelia Bloomer spoke in favor of votes for women at the Douglas House hotel in Omaha on July 4, 1855 while Nebraska was still a territory. Bloomer’s appearance along with her visit to the territorial legislature the next year stoked interest in Nebraska women’s rights. Susan B. Anthony and Elizabeth Cady Stanton arrived in 1867 to urge support of woman suffrage; they would each tour the state again over the years during continued campaigns for women’s rights. Nebraska women won the right to vote for school board members in 1869 and the legislature continued to discuss full woman suffrage in every legislative session. Not much progress was made, however, until the 1880s when Nebraska became an example of the power of male allies in the fight for votes for women. Erasmus Correll, editor of the Hebron Journal and a member of the Nebraska House of Representatives, introduced a bill to amend the state constitution to enfranchise women in 1881. At first, there were only ten other members of the legislature who supported the measure. Correll successfully negotiated with his fellow lawmakers to pass the measure, which would remove the word “male” from the constitutional suffrage requirements if Nebraska voters approved it. Correll also founded the Western Woman’s Journal with his wife Lucy, a monthly periodical with national readership which highlighted women’s issues. The masthead of the paper included the Nebraska state motto, “Equality Before the Law.”

Both the National Woman Suffrage Association (NWSA) and the American Woman Suffrage Association (AWSA) held conventions in Omaha in 1882 in order to support the initiative and bring attention to woman suffrage in the Midwest. If the amendment passed, Nebraska would become the first state with full woman suffrage. In her address to the AWSA convention, Lucy Stone declared, “When our feet touched Nebraska soil we felt as though we should take off our shoes, for the place on which we stand was holy ground. Not because of her grand prairies…but because her men are so noble and progressive that they have offered their wives and mothers and sisters equal rights with themselves.”

Despite the efforts of men and women suffragists, the amendment was soundly defeated when it was put to the male votes of Nebraska in November 1882. The Western Woman’s Journal ceased publication and suffrage organizations went dormant. Nebraska women who were politically active tended to work for other Progressive causes like temperance while also supporting suffrage. The Nebraska Woman Suffrage Association successfully petitioned to put the issue of municipal suffrage—the right to vote for city officials—to the voters. Suffragists held rallies, processions, and education campaigns, but that measure was also defeated by the men of Nebraska. Opposition from religious leaders and liquor interests was too powerful. Then in 1917, with support from pro-suffrage Governor Keith Neville, municipal and presidential suffrage for women passed the Nebraska legislature and was signed into law. Anti-suffrage organizations tried to overturn the law. Their effort to put a referendum on the ballot for the 1918 election failed when signatures on the petition for the referendum were found to be fraudulent. The scandal surrounding the court cases exposing the fraud helped to sway public opinion in Nebraska to the suffrage cause.

On August 2, 1919, the Nebraska legislature voted unanimously to ratify the Nineteenth Amendment. By August of 1920, 36 states (including Nebraska) ratified the amendment, ensuring that across the country, the right to vote could not be denied or abridged based on sex.

Born in 1845, John H. Mickey was the governor of Nebraska from 1903 to 1907. Mickey was involved in politics well before he became governor. He was a state Congressman in the late 1800s when he voted in support of a women's suffrage amendment. He also attended and spoke at a women's suffrage meeting in Tecumseh after being elected governor of the state. Mickey is an example of the importance of male supporters in the fight for women’s suffrage. His house is listed on the National Register of Historic Places and is now home to the Polk County Historical Museum. 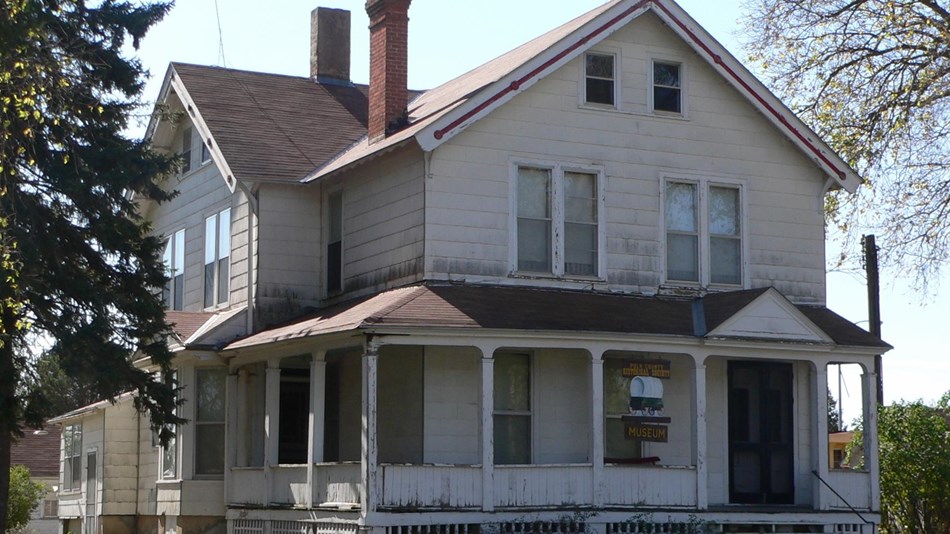 The Governor John Hopwood Mickey House is an important place in the story of ratification. It is listed on the National Register of Historic