Minnesota women began organizing and lobbying for suffrage in the 1870s. They won the right to vote in school board elections in 1875. Sarah Berger Stearns and Harriet Bishop formed the Minnesota Woman Suffrage Association (MWSA) in 1881 and recruited hundreds of women to join. Their progress convinced the American Woman Suffrage Association (AWSA) to hold their 1885 annual convention in Minneapolis as national leaders saw hope for enfranchising women in the Midwest. MWSA President Dr. Martha Ripley worked for women’s rights in healthcare and in employment as well as for suffrage. Beginning in 1893, the MWSA repeatedly lobbied for passage of an amendment to the state constitution to remove the word “male” as a requirement for voter registration, but were never successful.

Building on the re-energized national woman suffrage movement kicked off by the 1913 Suffrage Procession in Washington, DC, the MWSA organized a suffrage parade through the Twin Cities in 1914. Over two thousand women participated. Minnesota women also formed a branch of the National Woman’s Party and were active in the NWP’s more confrontation tactics. Many picketed the White House and were arrested. The Scandinavian Woman Suffrage Association combined suffrage work with celebration of heritage for the state’s largest immigrant group. By 1919, the work of all the suffrage organizations, whose combined membership in Minnesota exceeded 30,000, convinced the legislature to approve Minnesota women’s right to vote for president. It was a victory but full suffrage remained to be won.

That same year, after decades of arguments for and against women's suffrage, Congress finally passed the 19th Amendment in June 1919. Once Congress approved the 19th Amendment, at least 36 states needed to vote in favor of it for it to become law. This process is called ratification.

On September 8, 1919, Minnesota became the fifteenth state to ratify the Nineteenth Amendment. By August of 1920, 36 states (including Minnesota) ratified the amendment, ensuring that across the country, the right to vote could not be denied based on sex.

Founded in the mid-1800s, the church became a gathering space for residents in the small town of Hastings. In 1881, over a dozen women formed the Minnesota Woman Suffrage Association (MWSA). The women distributed literature about suffrage at public events throughout the state. In the years before the passage of the 19th Amendment, the MWSA organized public demonstrations, including a march through the city of Minneapolis in 1914. The church is listed on the National Register.

The Women's Suffrage Memorial Garden, known also as the Garden of Time: Landscape of Change, was designed by Ralph Nelson and Raveevarn Choksombatchi for the 75th anniversary of the ratification of the 19th Amendment. It was redesigned in 2004 by Roger Grothe. The garden is located on the grounds of the Minnesota State Capitol in Saint Paul.

A series of aluminum signs describes an event in the struggle for women's suffrage in the United States. Along a trellis are the names of 25 women whose work was key to the Minnesota Woman Suffrage Association, and Minnesota's ratification of the 19th Amendment. The Minnesota State Capitol building and grounds are open to the public. The capitol building is listed on the National Register. 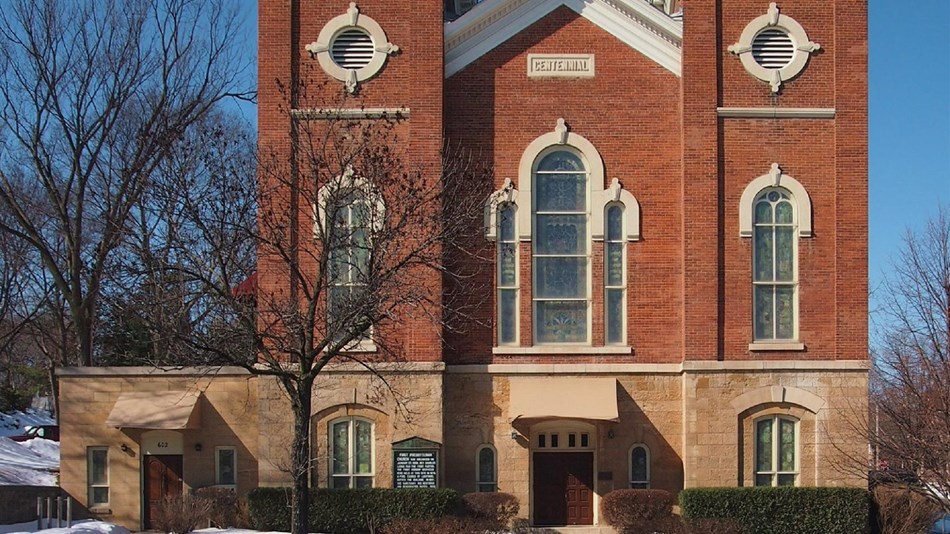 The First Presbyterian Church is an important place in the story of ratification. It listed on the National Register of Historic Places