Women first organized and collectively fought for suffrage at the national level in July of 1848. Suffragists such as Elizabeth Cady Stanton and Lucretia Mott convened a meeting of over 300 people in Seneca Falls, New York. In the following decades, women marched, protested, lobbied, and even went to jail. By the 1870s, women pressured Congress to vote on an amendment that would recognize their suffrage rights. This amendment was sometimes known a the Susan B. Anthony Amendment and became the 19th Amendment.

Like many states in New England, Maine was a place of early suffrage activity. Sisters Ann Frances Greeley and Sarah Jarvis campaigned for women’s right to vote in the 1850s. Both Susan B. Anthony and Lucy Stone toured Maine campaigning for suffrage. In 1857, a group of Bangor women sent a petition to the Maine legislature for a state constitutional amendment enfranchising women. The legislature ignored the petition.

Although the Maine suffrage movement was primarily organized by wealthy women, there were also textile workers who became involved in the fight for the vote. In 1865, women factory workers marched in the Lewiston Independence Day parade with a banner that read “Right of Suffrage to Every American Citizen.” It would take another decade, however, before Maine women organized statewide for suffrage.

Thousands of women and men gathered in Augusta in 1873 to form the Maine Woman Suffrage Association (MWSA), with guest speakers Lucy Stone and Julia Ward Howe. That same year, the legislature responded to petitions requesting a state suffrage amendment, but the motion was voted down. Over the next decades, women organizing for temperance and labor rights continued to also advocate for the right to vote.

The MWSA continued to relentlessly campaign for a state constitutional amendment. Slowly they were able to increase public support for woman suffrage across the state. Their progress led to both the creation of the Maine Association Opposed to Suffrage for Women in 1913 and the Men’s Equal Suffrage League of Maine in 1914. It looked like victory was on the horizon when the Maine legislature finally passed the state constitutional amendment overwhelmingly in 1917. The success was short-lived; when the amendment was put to the electorate later that year, Maine’s male voters rejected it.

Repeated defeats at the state level led many suffragists, including those from Maine, to turn their efforts towards the passage of the federal amendment. They worked for both the National American Woman Suffrage Association, led by Carrie Chapman Catt, and Alice Paul’s National Woman’s Party. Florence Brooks Whitehouse of Portland, whose husband Robert formed the Men’s Equal Suffrage League of Maine, became the chairman of the Maine branch of the National Woman’s Party. Gail Laughlin, the first woman to practice law in the state, became Vice President of the NWP. In 1929, she became the first woman elected to the Maine State Senate.

Governor Miliken called a special session of the Maine legislature to consider ratification of the amendment. On November 5, 1919, Maine voted to ratify the Nineteenth Amendment. By August of 1920, 36 states (including Maine) ratified the amendment, ensuring that the right to vote could not be denied across the country based on sex.

Completed in 1888, the church hosted the 27th Annual Convention of Maine Woman Suffrage Association. By the early 1900s, Farmington had one of the most active suffragists groups in the state. Local suffragists like Hadassah Herrick and Isabel Greenwood also advocated for the rights of working women and children. The Old South Church is listed on the National Register of Historic Places. 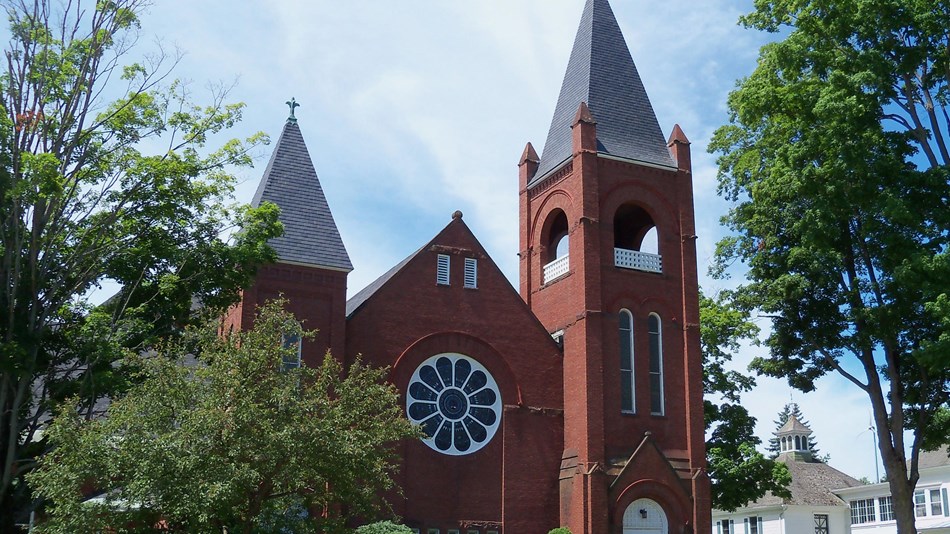 The Old South Church is an important place in the story of ratification. It listed on the National Register of Historic Places.