Women first organized and collectively fought for suffrage at the national level in July of 1848. Suffragists such as Elizabeth Cady Stanton and Lucretia Mott convened a meeting of over 300 people in Seneca Falls, New York. In the following decades, women marched, protested, lobbied, and even went to jail. By the 1870s, women pressured Congress to vote on an amendment that would recognize their suffrage rights. This amendment was sometimes called the Susan B. Anthony Amendment and became the 19th Amendment.

In the late 1800s, regional suffrage organizations began to form in states across the US. But the suffrage movement had roots in abolitionism (the movement to end slavery). As a result, southern women's suffrage groups were slower to organize. Efforts to promote women’s suffrage lagged in Georgia until Helen Augusta Howard established the Georgia Woman Suffrage Association (GWSA) in the 1890s. Although initially the membership of the GWSA was primarily Howard's sisters and mother, she successfully convinced the National American Woman Suffrage Association (NAWSA) to hold the 1895 convention in Atlanta. It was the first time that NAWSA held a national meeting outside of Washington, D.C. and launched an effort to recruit southern white women to the cause.

Many Georgia suffrage organizations only granted membership to white women, and Black women were excluded from the 1895 Atlanta convention. But African American women like Adella Hunt Logan, Mary McCurdy, and Janie Porter Barrett were instrumental in advancing women’s suffrage on a national scale. Logan, born to a white father and African American mother, became involved in the National American Woman Suffrage Association (NAWSA). She also wrote articles for newspapers in favor of women’s suffrage. Mary McCurdy also used her writing skills to help the suffrage cause. She established a successful career as a journalist. McCurdy encouraged black women to speak out for their rights, even though they faced prejudiced due to their ethnicity and gender.

Other white suffrage groups were established in the 1910s, such as the Georgia Woman Equal Suffrage League. Some Georgia men also supported women’s suffrage. Local lawyer Leonard Grossman established the Georgia Men's League for Woman Suffrage. But anti-suffrage organizations such as the National Association Opposed to Woman Suffrage (founded 1895) had a strong following. Like many other states, Georgia was divided on the issue of women’s suffrage.

On July 24, 1919 Georgia was the first state to reject the amendment. But by August of 1920, 36 states had ratified the 19th Amendment. On August 18, 1920, Tennessee became the 36th state to ratify the amendment, recognizing women's suffrage rights.

While women across the county were able to vote in the 1920 presidential election, Georgia women were not able to cast their ballots. The state of Georgia cited a rule that required voters to register 6 months before an election. Most other states waived this rule, allowing women to vote in the 1920 election. But women in Georgia had to wait until 1922 to take part in a national election.

The Georgia State Capitol building in Atlanta was built in 1889. The statue on top of the dome is called "Miss Freedom." The building was added to the National Register of Historic Places on December 9, 1971 and designated a National Historic Landmark on November 7, 1973.

It was here that Georgia voted to ratify the 19th Amendment on February 20, 1970. The building is open to the public.

Built in 1829, the Lion House was purchased by noted suffragist Emily Fitten MacDougald. She worked with Susan B Anthony and others to organize suffrage speaking tours. She also served as president of the Equal Suffrage Party of Georgia. The Lion House is listed on the National Register of Historic Places and is privately owned. 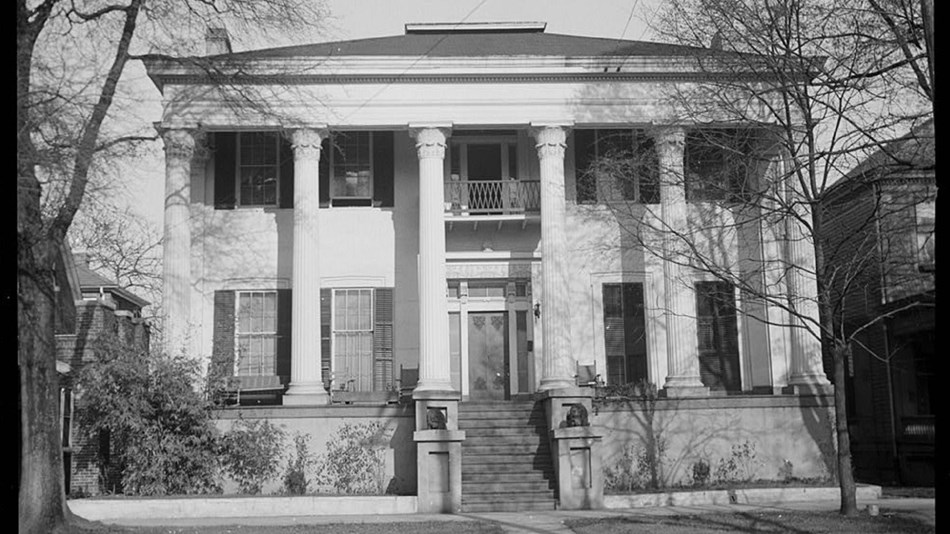 The Lion House is an important place in the story of ratification. It is listed on the National Register of Historic Places.