Women first organized and collectively fought for suffrage at the national level in July of 1848. Suffragists such as Elizabeth Cady Stanton and Lucretia Mott convened a meeting of over 300 people in Seneca Falls, New York. In the following decades, women marched, protested, lobbied, and even went to jail. By the 1870s, women pressured Congress to vote on an amendment that would recognize their suffrage rights. This amendment was sometimes know as the Susan B. Anthony Amendment and became the 19th Amendment.

Although progress on the federal amendment stalled, women also campaigned for changes to state suffrage requirements to win the vote. The women’s suffrage movement in Arkansas gained traction after the Civil War. Women in the state also wrote newspaper articles explaining the importance of a woman’s right to vote. In the 1880s and 1890s, Arkansas women created their own suffrage groups, including the Arkansas Woman Suffrage Association (AWSA) and the Political Equality League (PEL). Unfortunately, women’s suffrage groups in Arkansas often only supported the white woman’s right to vote.African American women formed their own organizations and clubs.

After decades of arguments for and against women's suffrage, the US Congress finally passed the 19th Amendment in June 1919. After Congress approved the Amendment, at least 36 states needed to vote in favor of it for it to become law. This process is called ratification.

At the time, there was strong support for the 19th Amendment in Arkansas. This was due in part to visits from national suffrage leaders like Alice Paul and Carrie Chapman Catt. The Arkansas legislature met on July 28, 1919 to vote on the amendment. Representatives voted overwhelmingly in favor of women’s suffrage and Arkansas became the 12th state to ratify the amendment. By August of 1920, 36 states ratified the 19th Amendment. The right to vote could not longer be denied or abridged based on sex.

It was here that Arkansas voted to ratify the 19th Amendment.

Construction of the State Capitol building began in November, 1900 and completed on January 1, 1915. The building was listed on the National Register of Historic Places on June 28, 1974. It is open to the public.

The Pike-Fletcher-Terry House was the home of Adolphine Fletcher Terry, an affluent suffragist from Arkansas. She used her status and privilege to bring attention to social issues such as women’s suffrage. Terry was also active in the local Political Equality League. Her house is listed on the National Register of Historic Places and serves as a community art gallery. 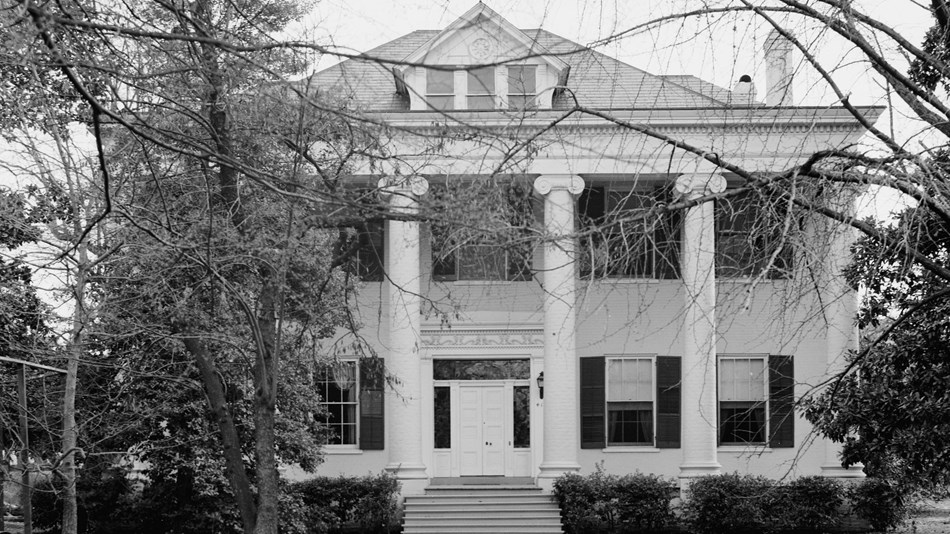 Pike-Fletcher-Terry House is an important place in the story of ratification. It is listed on the National Register of Historic Places.