Wildlife of the Tropical Rainforests 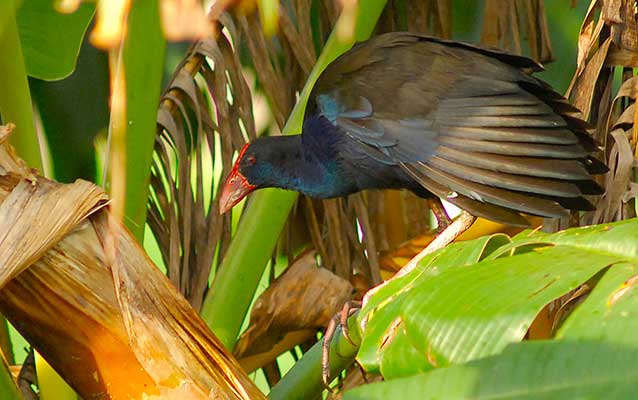 What part does every person have in preserving and protecting the environment?

1. Understand what is a tropical rainforest.

2. Describe why tropical rainforest are important to our earth.

5. Understand why wildlife depend on tropical rainforests.

Tropical rainforests are unique in the high levels of biodiversity they exhibit. Around 40% to 75% of all biotic species are indigenous to the rainforests. Rainforests are home to half of all the living animal and plant species on the planet. Two-thirds of all flowering plants can be found in rainforests. A single hectare of rainforest may contain 42,000 different species of insect, up to 807 trees of 313 species and 1,500 species of higher plants. Tropical rainforests have been called the "jewels of the Earth" and the "world's largest pharmacy", because over one quarter of natural medicines have been discovered within them. It is likely that there may be many millions of species of plants, insects and microorganisms still undiscovered in tropical rainforests. Even though tropical rainforests cover less than 6 percent of the earth’s surface, scientist estimates that at least half of all animal species in the world live there.
Tropical rainforests have existed on Earth for hundreds of millions of years. The division left tropical rainforests located in five major regions of the world: tropical America, Africa, Southeast Asia, Madagascar, and New Guinea, with smaller outliers in Australia.
Tropical rainforests are among the most threatened ecosystems globally due to large-scale fragmentation due to human activity. Habitat fragmentation caused by geological processes such as volcanism and climate change occurred in the past, and have been identified as important drivers of speciation. However, fast human driven habitat destruction is suspected to be one of the major causes of species extinction. Tropical rain forests have been subjected to heavylogging and agricultural clearance throughout the 20th century, and the area covered by rainforests around the world is rapidly shrinking.
The world's rainforests are currently disappearing at a rate of 6000 acres every hour (this is about 4000 football fields per hour).When these forests are cut down, the plants and animals that live in the forests are destroyed, and some species are at risk of being made extinct. Further, as the large-scale harvesting of lumber from the rain forests continues, the balance of the earth's eco-system is disrupted. We need the rain forests to produce oxygen and clean the atmosphere to help us breathe. We also know that the earth's climate can be affected, as well as the water cycle. Rainforests also provide us with many valuable medicinal plants, and may be a source of a cure from some deadly diseases.
Forests can be managed effectively without endangering rare species of plants and animals and without risking global environmental damage. Companies that harvest timber should not be allowed to "clear cut" large areas of forest and should be required to plant new trees after they cut old trees down. Governments should create large parks and reserves where hunting and logging are not allowed. As a world community, we must be careful not to destroy the resources that people will need in the future.
Most of the products that we use in our country come from rainforests, such as rubber, coffee and rain forest lumber. Rainforests are cut down to harvest the timber and also to make room for farms to grow coffee and spices. Each of us needs to be thoughtful about the way we consume these products, and support companies and programs that make a commitment to safe environmental practices. Recycle and re-use whenever possible, and help keep the earth green and healthy.
Animals of the various tropical rainforests around the world evolved thousands of miles from one another, and are therefore different from continent to continent and even from forest to forest. However, because all rainforest habitats are similar in many ways, many of the species in them are also similar to species from far away. For instance, all rainforests boast breathtaking numbers of bird species, and the bird species of the most tropical rainforests include parrots.
Flying over the heart of the Amazon is like flying over an ocean of green: an expanse of trees broken only by rivers. Even more amazing than their size is the role the Amazon and other rainforests around the world play in our everyday lives. While rainforests may seem like a distant concern, these ecosystems are critically important for our well-being.
Rainforests are often called the lungs of the planet for their role in absorbing carbon dioxide, a greenhouse gas, and producing oxygen, upon which all animals depend for survival. Rainforests also stabilize climate, house incredible amounts of plants and wildlife, and produce nourishing rainfall all around the planet.

Divide students into groups. 1) Precut twelve construction paper squares of diameter 11 cm on a side foe each student (using the paper cutter will save time). 2) Provide students with the pictures of the animals to color and cut out. Allow students to select twelve construction paper squares in the color of their choice. 3) Each student will need to paste two paper squares together, back-to-back, to create six double thick squares, perhaps green on one side and yellow on the other, all the same color, or a variety. 4) Three of the double-sided paper squares will need a hole punched at the top and bottom (with the squares in an orientation which makes them diamond-shaped) and three of them will require a hole punched at the top only. 5) The students can now paste the animals onto each side of the paper squares. They can use different animals on each side, or the same animals on each side. 6) Provide students with “Save the Rainforest” design. This design will form the top of the mobile. Have the students paste the copies of the design on two sheet thickness of construction paper. Punch three holes across the bottom and one at the top. 7) Precut the yarn or heavy string for each student in the following lengths: two pieces of approximately 30 cm and five pieces of approximately 20 cm. Lengths may vary from these values, as long as they are the same on both sides of the mobile. 8) One of the 20 cm pieces will require a loop tied at one end so that the mobile can be suspended from the ceiling. Tie the other end through the hole at the top of the “Save the Rainforest” design. 9) Tie the strings to the bottom of the “Save the Rainforest” design. Construct the mobile by tying the double thick paper squares to the strings.

Motivate family and friends to think about the part that each of them plays–or the actions they can take to preserve and protect the environment.

Motivate family and friends to think about the part that each of them plays–or the actions they can take to preserve and protect the environment.