The Arrowhead: Emblem of the National Park Service Elementary Lesson 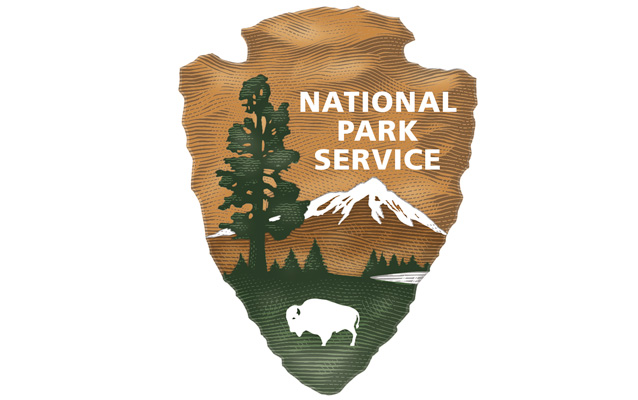 Grade Level:
Upper Elementary: Third Grade through Fifth Grade
Subject:
Social Studies
Lesson Duration:
90 Minutes
Common Core Standards:
4.RI.3, 4.RI.4, 4.RI.5
State Standards:
Michigan State Social Studies Content Expectation Fourth Grade: G2.0.2 Compare human and physical characteristics of a region to which Michigan belongs (e.g., Great Lakes, Midwest) with those of another region in the United States.
Thinking Skills:
Understanding: Understand the main idea of material heard, viewed, or read. Interpret or summarize the ideas in own words. Analyzing: Break down a concept or idea into parts and show the relationships among the parts. Creating: Bring together parts (elements, compounds) of knowledge to form a whole and build relationships for NEW situations. Evaluating: Make informed judgements about the value of ideas or materials. Use standards and criteria to support opinions and views.

In this lesson students will learn about the mission of the National Park Service and how it
relates to Sleeping Bear Dunes National Lakeshore through a guided exploration of elements
represented on the NPS Arrowhead emblem. By the end of the lesson, students will be able to answer the questions:

There are two versions of this activity aimed at different age/ability levels. The version for elementary students involves viewing a PowerPoint about the arrowhead emblem and Sleeping Bear Dunes, then creating their own emblem. The version for middle school students involves reading a brief piece about the significance of the arrowhead, then visiting the park website to find out how the arrowhead relates to Sleeping Bear Dunes. 4th and 5th grade teachers should examine both versions and decide which best matches the ability level of their students.

Although this lesson is intended as a pre-visit activity for field trip groups, it could also serve as an introduction to any NPS-related classroom activity such as research projects for older students.

Use during part one of the lesson.

Students will complete during part one of the lesson.

*Show students the logos available in this CNBC article.

*Ask students to predict what about the logo is representing. The students will most likely say it is just representing the company.

*Explain to students that each company actually put significant thought into the logo and used the logo to represent more than just the company name. Explain that the NPS is very similar with the arrowhead emblem. Today, the students will learn the five elements of the arrowehead emblem and how those elements represent the National Park Service as a whole, as well as Sleeping Bear Dunes National Lakeshore specifically.

1. After distributing copies of Arrowhead Worksheet to each student, present Arrowhead Intro PowerPoint to the class using a data projector or similar means.

2. After each slide is shown that explains a particular element of the emblem, brainstorm as a class how that element might relate to Sleeping Bear Dunes National Lakeshore. Note: Depending on your proximity to the Lakeshore and whether or not students have visited previously, students may or may not be able to generate ideas. If they are having difficulty, leading questions or other hints may be helpful.

3. For each element, after some ideas have been generated, proceed to the next slide, which will show some specific examples of how the element applies to Sleeping Bear Dunes. Allow students time to list examples on the worksheet for each element as you work through the slide show. Before showing the “pop quiz” slide, have students turn their worksheets over so they will have to try to describe the elements from memory.

4. Remind students that the NPS emblem was designed to represent ALL sites in the National Park system, and that many sites don’t actually have any of the examples represented on the emblem, such as bison and sequoia trees.

5. Tell students to imagine that they have been hired to design a custom emblem that’s just for Sleeping Bear Dunes National Lakeshore. They will need to include each of the five elements, but using examples that can be found at Sleeping Bear Dunes.

6. As they begin to plan, you may want to go back through the slides to help them visualize elements of their design. Have students draw their designs on the blank arrowhead provided on the back of the worksheet. Remind them that neatness counts, and that effective use of color can make a design more attractive.

8. Each student will stand up and share his or her new arrowhead emblem with the class. The rest of the class will connect each element of the Sleeping Bear Dunes new emblems with the original.

9. To conclude, the students will use an exit ticket to vote for their favorite emblem, which can be selected from any of the new designs or the original NPS design. The students must justify their vote.

*Emblem - a symbolic object as a distinctive badge.

*Element - a part of something, especially one that is essential or characteristic.

*Culture - the arts and other manifestations of human intellectual achievement regarded collectively.

*Landforms - a natural feature of the earth's surface.

*Wildlife - wild animals or native fauna of a region.

Students will complete after emblem presentations to demonstrate understanding of the five elements of the arrowhead emblem.

*Research other emblems or symbols of US government agencies, such as the Federal Communications Commission or the Environmental Protection Agency.

In-depth information on many park-related subjects can be found in an excellent series of Visitor Guides provided by Friends of Sleeping Bear at friendsofsleepingbear.org/projects/booklets/.