National parks are preserves of biotic diversity and natural processes, as well as the "crown jewels" of America's most scenic lands. Humans have gazed awe-struck into the universe for millennia, and ecosystems have adapted to the natural rhythms of the moon and stars. In recent years light pollution has encroached upon lands that were once remote from large cities, such as national parks. Keeping such treasures unimpaired for future generations relies on science, reliable data, and sound judgment.
Efforts to protect naturally dark environments in our national parks are driven by NPS management policies. But before any action can be taken, park planners and managers need reliable data about a park's existing lightscape. Resource inventories tell park managers and concerned citizens of the existing night sky quality and the departure from natural conditions and identify what is causing any degradation. Such baseline assessments become the foundation for monitoring programs to detect long-term changes and provide feedback for those who join the NPS in stewardship of natural lightscapes.
Components of Sky Brightness
The night sky as we see it is a combination of both natural and human-caused sources of light. Natural light sources include moonlight, starlight from individual stars and planets, the Milky Way (also called galactic light or integrated starlight), the zodiacal light (sunlight reflected off dust particles in the solar system), and airglow. Airglow is similar to a faint aurora (e.g., northern lights) and is caused by radiation striking air molecules in the upper atmosphere.
Airglow is somewhat unpredictable, while the other sources of natural light can be predicted and modeled. Other intermittent sources of natural light include fire, lightning, and meteors.
The largest human-caused source of light is outdoor electrical lighting, but this can also include gas flares and other minor sources such as aircraft, automobiles, and satellites. While most natural light sources are emitted from great distances away, human-caused sources are relatively close. Light pollution includes both direct glare and skyglow (human-caused light scattered through the atmosphere).
In the highest quality skies, human-caused sources of light are less luminous than natural sources, and natural features of the night sky predominate. In a degraded natural lightscape condition, human-caused light is greater than that produced by natural sources. In some cases, many tens of times brighter.
Different Approaches
The opportunity to enjoy and appreciate natural lightscapes and starry night skies are dependent on the weather, the clarity of the air, and the amount of light pollution present. There is a range of methods for measuring the amount of light pollution:
Effects of Air Quality
The brightness and appearance of skyglow depends on atmospheric factors—chiefly moisture, air pollution, and dust particles. Clean, dry air scatters light pollution less, resulting in darker skies for observers close to the light source. However light travels farther through the air, so under good air quality conditions observers far from the light source may experience somewhat more light pollution. Poor air quality has the opposite effect, increasing light pollution close to the source and decreasing it at longer distance. However, poor air quality is seldom an advantage as it will also dim the natural features of the night sky.
Naturally occurring moisture in the air, such as clouds, fog, and haze, increase the scattering and reflectance of human-caused light sources at night. While cloudy conditions may naturally render the stars invisible, the interaction between clouds and light pollution should not be dismissed, as such conditions impact nocturnal habitats. As bright as light pollution on a clear night sometimes appears, the majority of stray light scatters freely into space. When clouds cover cities and towns, the bulk of stray light is reflected back down toward Earth's surface. This results in ground illumination sometimes being several times brighter under a cloudy sky than a clear sky. 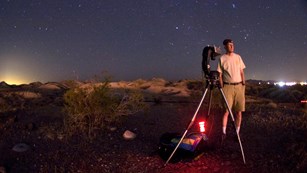 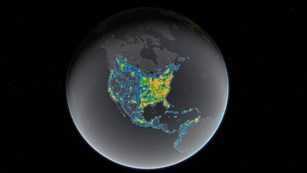 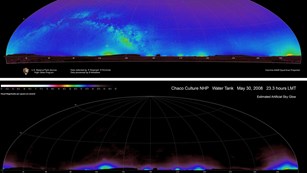