Selected recordings from the event will be posted below.

Labor History in the National Parks

This event explores the history and contemporary significance of the Port Chicago Naval Magazine National Memorial, one of a small number of National Park sites that commemorate death and dying on the job.

On July 17, 1944, a group of sailors and civilians were loading ships with ammunition and bombs at Port Chicago, a naval magazine and barracks in the San Francisco Bay Area. Tragically, the ships blew up in a massive explosion that instantly killed 320 workers and injured hundreds more. Most of the dead were African Americans, since racial segregation consigned Black soldiers and sailors to manual labor and service, including the dangerous work of transporting munitions. When the surviving workers were ordered back on the job without any additional safety measures or training, 50 refused to return. The resisters, dubbed the “Port Chicago 50,” were found guilty of disobedience of a lawful order and mutiny and received lengthy sentences and dishonorable discharges.

Today, the disaster and its aftermath are memorialized at the Port Chicago Naval Magazine National Memorial, one of a small number of National Park sites that commemorate death and dying on the job. During this event, Dr. Albert Broussard (Professor of History, Texas A&M University) offered opening remarks and facilitated a conversation between Tom Leatherman (Former Superintendent, Port Chicago Naval Magazine National Memorial) and Dr. Erika Doss (Professor of American Studies, University of Notre Dame). They discussed African American labor in the West, the memorial’s role in shaping the memory of the Port Chicago disaster, and how the event should inform commonly-told histories of “America’s Greatest War.”

"Monumental Labor" is a three-part public event series that explores the memory of work and working peoples in National Parks and National Historic Landmarks. The series is organized by Dr. Eleanor Mahoney and Dr. Emma Silverman. It was made possible by the National Park Service in part by a grant from the National Park and Andrew W. Mellon Foundations. 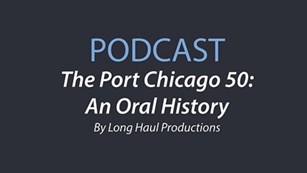 The Port Chicago 50: An Oral History

Hear from five survivors of the blast about what really happened. (20 minutes) Credit: Long Haul Productions. 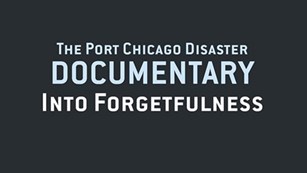 Watch a powerful documentary on The Port Chicago Disaster. 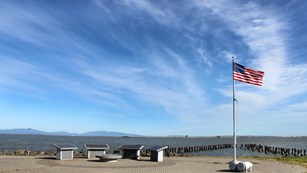 Looking for information on the memorial? Visit its website.

Read the Port Chicago Naval Magazine National Memorial Foundation Document, which lays out the memorial's purposes and plans for the future.